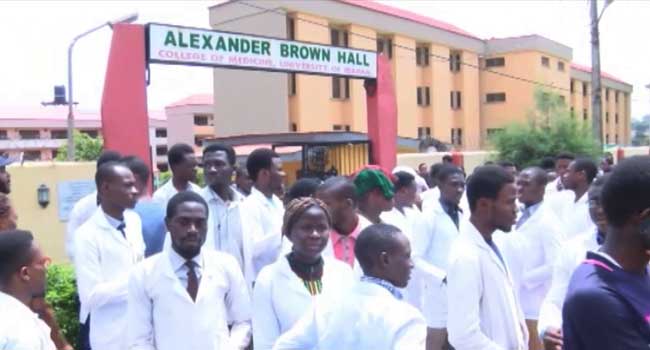 Amidst protest by medical students of the University of Ibadan (UI), Ibadan, the University management has insisted that there is no going back on the fees increase.

Ahead of the new session that begins next week, the institution’s Senate had on Wednesday, April 4 approved that management increase the fees for hostel accommodation, practicals and field work for appropriate faculties.

This decision did not go well with the students especially those at the College of Medicine who on Monday, April 9, led a protest for the school to rescind its decision.

In his reaction, the Vice-chancellor of the institution, Professor Idowu Olayinka told Channels Television that the new fees are a good compromise blaming the increase on the amount of rot that has to be fixed in the hostels across campus.

“As we speak we have 8,222 bed-spaces and the student population is about 27,000. So we can only accommodate about 30 percent of the students. We have even exceeded the carrying capacity of those students. A room originally designed for two students, now we put five of them there,” he said.

Olayinka added that all the faculties involved in the increase had sensitised the students before the decision of the management was announced. According to him, the school management has not increased accomodation fees for the past 11 years.

“This is what we have been operating with. For the past 11year,s we have not tampered with the cost of bedspace in any of our undergraduates halls of residence,” he added.

The medical students during their protest on Monday, however, described the increase as an astronomical. They said the amount paid by both pre-clinical and clinical students at the College of Medicine would adversely affect their programme. 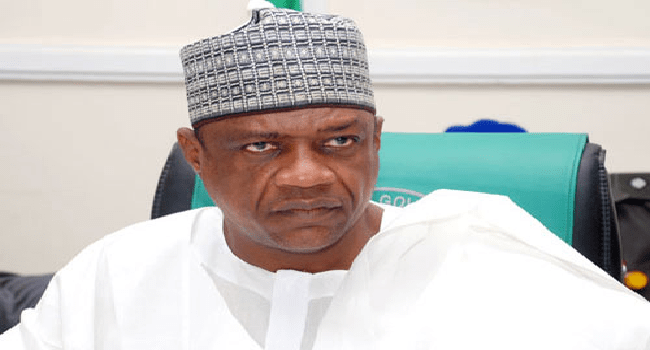 This was disclosed in a statement by the governor’s media aide, Abdullahi Bego,  on Thursday.

“The 110 student doctors will join 389 others who have already been placed on the government’s payroll and have been receiving their salary on monthly basis,” the governor said.

He added, “The Yobe State Government designed the 07-salary grade level take-home pay as an incentive to the medical students and get them to return and serve in the state after completing their MBBS degree training.

Bego hinted that the state would spend over N41 million on a yearly basis for the additional students added to the government’s payroll.

The governor also reiterated his administration’s commitment to improving the health care delivery system in the state.

This, he noted, was aided with the establishment of a new Medical College at the state university and a new Teaching Hospital.

Kogi State Governor Yahaya Bello has offered a special scholarship to 25 medical students of Kogi State University (KSU), Ayingba to enable them to complete their course of studies in other universities across the country.

Governor Bello on Saturday while addressing the management and students of the institution in Government House in Lokoja, said the College of Health Science of the University will gain the desired accreditation from Medical and Dental Council as well as national university commission.

Since the establishment of KSU, Ayingba in 1999, the College of Medicine is yet to gain accreditation, making it difficult for medical students to graduate.

While 10 of the KSU students will complete their education at Ebonyi State University, eight will be going to the University of Ilorin (UNILORIN) and seven, Usman Dan Fodio University Sokoto State respectively.

The management of the university and the students at the banquet hall of the government house in Lokoja on Saturday appreciated the gesture of the state government.