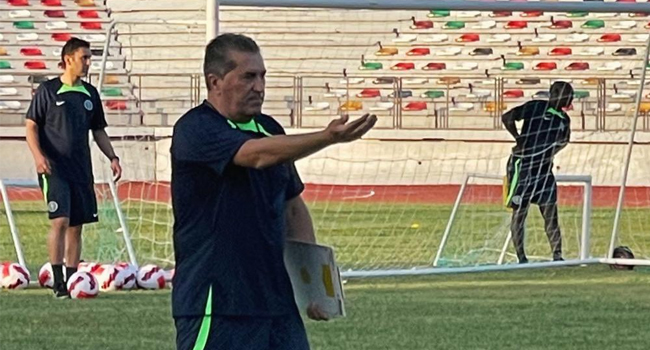 Nigeria last won the competition in 2013 and were one of the favourites heading into the 2021 tournament but surprisingly capitulated to Tunisia in the round of 16. The three-time continental champions also lost the 2022 World Cup ticket to rivals Ghana.

But Peseiro, who took over after the twin disappointments, is optimistic about Nigeria clinching the next edition of the championship.

“Algeria is a good team. Of course, our goal is to win the next AFCON, but for that, we need to create the habit to win, it’s the main point,” the coach said ahead of the friendly tie with the 2019 champions.

Feels great to be back with the team! Look forward to a week of hard work and training, before the friendly match against Algeria.

The Portuguese also spoke about the injury to Leicester City star Wilfred Ndidi who left the team’s camp on Thursday.

He said: “I think I have a better relationship with our older players and Ndidi, when he came, the fitness coach from Leicester City sent for our fitness coach because we have that connection with them saying that he (Ndid) complained in the last match.

“He (Ndidi) did training, small training because of the condition of the hamstring. I was around yesterday and I said I think it’s better we don’t use them because I don’t want to use an injured player in a friendly match because he can get more injured.”

Ndidi last featured for Nigeria in the AFCON tie against Tunisia. He missed out on the double-legged World Cup playoff with the Black Stars of Ghana. 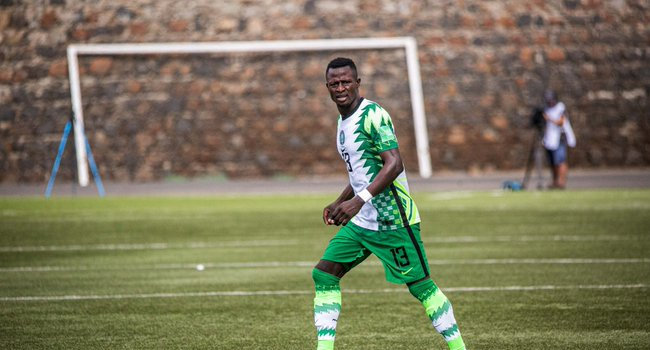 The Super Eagles have called up Innocent Bonke to replace injured Wilfred Ndidi for the 2022 World Cup double-header against Ghana.

“Camp update: Innocent Bonke has been called up as a replacement for injured @Ndidi25 for the #WCQ games against #Ghana. Get well quick Wilf,” the team tweeted on its official handle, Sunday evening.

Ndidi was injured during Leicester City’s Europa Conference League tie with Rennes last week and would be out of action for some time.

Camp update: Innocent Bonke has been called up as replacement for injured @Ndidi25 for the #WCQ games against #Ghana. Get well quick Wilf. #soarsupereagles #ghanga#ngagha pic.twitter.com/cO1Xxc23BU

His replacement made his debut for the Nigerian side in September. That was in a World Cup qualifier against Cape Verde which Nigeria won. Since joining Lorient in the January transfer from Swedish side, Malmo, Bonke has played in seven league games.

The first leg of the encounter will take place in Ghana on March 25 while the return fixture hold four days later in Abuja. The winner of the play-off will join four other teams to fly Africa’s flag at the 2022 World billed for Qatar later in November.