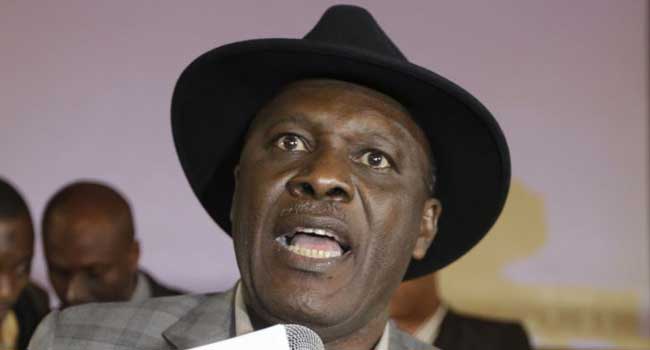 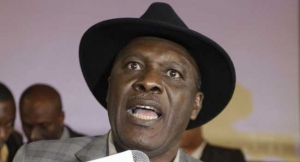 The Niger Delta Development Commission (NDDC) is seeking to collaborate with the Presidential Amnesty Programme.

During a visit to the office of the Chairman of the Amnesty Programme, Brig-Gen. Paul Boroh, the Managing Director of the Commission, Barrister Bassey Dan-Abia, said it is important for there to be peace in order to develop infrastructures in the region.

Barr. Dan-Abia added that the Commission would also work with the Niger Delta Ministry to ensure that there is no duplication of duties among the M.D.As.

The NDDC boss said the youths could not be relegated in the socio-economic and political development of any country.

He assured that the commission would continue to initiate programmes that would prepare youths for future challenges.

“We have programmes designed for the youths running into millions of Naira, but we need to fine-tune them for better results.

“We are, therefore, focusing on areas that will give us maximum benefit and impact positively on our youths.

“The basic issues about the Niger Delta region is employment and this can only be realised in an environment that is conducive for investment.

“Our areas of collaboration with PAP will be for sustainable peace and development in the region”, he said. 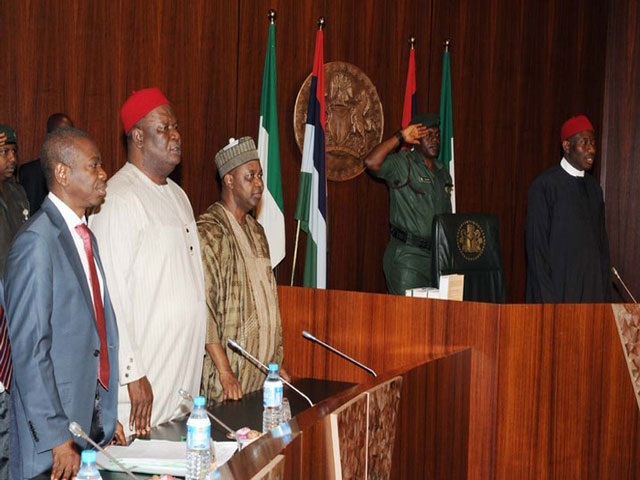 The Federal Executive Council (FEC) has approved a loan facility of $77.73 million to support urban water projects for Lagos and Cross River states.

Briefing State House correspondents after the council meeting, minister of information, Mr. Labaran Maku said the loan granted by the International Development Agency (IDA) is been given on a concessionary ground to the two states to rehabilitate urban water works.

FEC also approved a contract for the Federal Capital Territory (FCT) to commence the rehabilitation of the ECOWAS parliament building located in theAsokoro District of the FCT. The facility which is said to have gone into a state of disrepair was awarded to the Julius Berger to the tune of N3.43 billion.

A contract for the construction of what it called a “strategic road” linking Sagbemi-Kiribo-Gada-Egbekigbo in Ondo state at the cost of N3.55 billion was also approved by the council. The road which is a 23 kilometer stretch is part of the post amnesty projects of the Niger Delta Ministry.

Apart from holding the council meeting in the First Lady’s conference room, the president used the opportunity to receive the trophies and plaques Nigerian nurses and midwives won in a recent Maternal and Child Health Competition held in India.

FEC apologized for the poor quality of telecommunication operators in the country and promised to raise sanctions for defaulting operators.

Apart from the contracts approved, the federal executive council is to spend another N454 million for the augmentation of the contract on the Ibadan-Ilorin road while the rehabilitation of the service lane on the Niger Bridge will cost N2.393 billion. 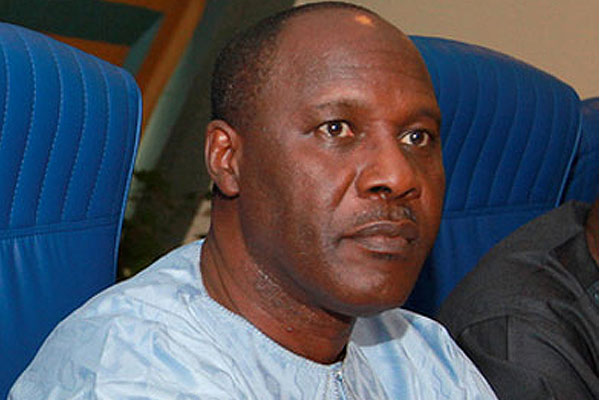 The Minister of Niger Delta, Godsday Orubebe on Tuesday dismissed allegations by the anti-corruption network led by a former member of the House of Representatives, Dino Melaye that the ministry awards and pays for non-existent and over inflated contracts.

Reacting to the allegations, Mr Orubebe said all projects initiated by the ministry are verifiable and exist in communities traceable by anyone who is serious on getting facts.

“What they have said is total fallacy,” the Minister said.

In a telephone interview with Channels Television, Mr Orubebe, who travelled out of Nigeria, promised to furnish the media with the “facts and figures” of the contracts.

Mr Melaye, who is the Secretary of the anti-corruption network, had alleged spurious award of contracts in the Niger Delta by the ministry threating to file legal action against the Minister of finance and her Mr Orubebe.

Also reacting to the allegations by the former lawmaker, the chairman of the House of Representatives’ committee on the Niger Delta, Warman Ogoriba said he is not aware of any petition to his committee on projects in the region and advised Mr Melaye to desist from misleading the public with his unverified records.

Some of the allegedly phantom projects which the group said have been exhaustively investigated and found fraudulent are the contract for the channelization of the Odoubou-Bololou creek project in Ogbaba-Gbene, Brutu Local government area, costing N1.2 billion; contract for the land reclamation and shoreline protection at Ogboba-Gbene and channelization of Foupolo-Bunu ndoro creek both above N2 billion each.

Both Misters Orubebe and Ogoriba however said the former lawmaker and his group are only being mischievous and crying woof over nothing.