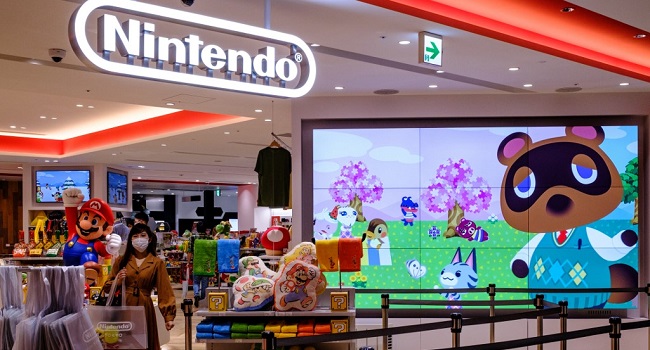 Nintendo on Thursday reported net profit surged to $1 billion in the first quarter, with players stuck at home during the coronavirus virus driving extraordinary demand for the gaming industry.

The Japanese giant raked in 106.5 billion yen for the three months to June, a more than six-fold increase from 16.6 billion yen a year earlier.

Sales more than doubled to 358 billion yen, as demand for its popular Switch console remained robust, as the device entered the crucial fourth year since its launch.

The results far exceeded the expectations of analysts and come on the back of the runaway success of both the Switch and Nintendo’s hit “Animal Crossing” game.

“Sales for the entire Nintendo Switch family rose 166.6 percent year-on-year to 5.68 million units,” the firm said, referring to both the original Switch and the stripped-back Switch Lite.

Nintendo is one of a “handful” of major companies seeing significant business opportunities from the coronavirus outbreak, analysts said.

“Demand for video games has remained strong among people staying home following the pandemic,” Hideki Yasuda, an analyst at Ace Research Institute in Tokyo, told AFP ahead of the results.

“The lockdown boom is expected to continue for now,” he added.

Despite the blockbuster figures, the Kyoto-based firm declined to upgrade its full-year forecast, leaving intact its projection of 200 billion in net profit for the fiscal year to March, down 23 perfect from the previous year.
-AFP

Sales of Nintendo’s latest games console, the Wii U, slowed in the three months to June. The gaming giant sold just 160,000 units, down 51% from the previous three months. Nintendo has sold 3.61 million units in total so far.

However, the company said that it still expected to sell nine million Wii U units by March 2014.

Nintendo also reported a profit for the latest quarter, with its earnings helped by the weaker value of the yen. It reported a net profit of 8.6bn yen ($88m; £58m) for the three months to June, compared with a loss of 17.2bn yen in the same period a year ago.

A cheap yen boosts profits when earnings for Japanese exporters are repatriated.

Nintendo launched the Wii U in November last year, but titles for the console have seen developmental delays.

The company says it is hoping a slew of new games titles will boost sales.Video game companies have been suffering as people increasingly play games on their smartphones and other devices.

Nintendo, famous for video game titles such as Donkey Kong and Super Mario, left its earnings forecast of 55bn yen for the year to March 2014 unchanged.