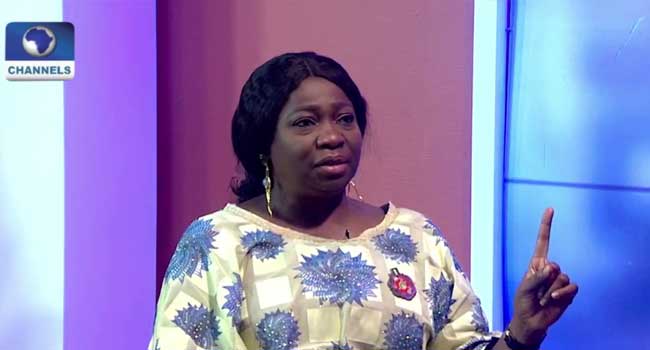 The Chairman, Nigerians in Diaspora Commission (NIDCOM), Abike Dabiri-Erewa, says Nigerian singers, Temilade Openiyi, popularly known as Tems and Stanley Omah Didia, should not be blamed for their ordeal in Uganda.

She disclosed this on Friday during an interview on Channels Television’s Hard Copy in Abuja, the nation’s capital.

“Some people said they committed a crime. In this case, I am sure if they had known, they would not have gone,” she said.

“Ignorance is not an excuse, they listened to the organisers. I don’t think we can blame them for what happened.”

For the NIDCOM chief, the release of the artistes followed diplomatic engagements between the Nigerian government and the Ugandan authorities.

She explained that when the Federal Government got wind of their arrest, Nigeria’s Foreign Affairs Minister, Geoffrey Onyeama, contacted his counterpart in Uganda to fast-track their release.

Similarly, the President Muhammadu Buhari administration also got in touch with the Uganda High Commissioner to Nigeria, Nelson Ocheger, who she said was not in the country at the time of their arrest.

To guard against such a recurrence, Dabiri-Erewa, advised stars and other citizens to always notify the Nigerian Embassy of their presence abroad when out of the country.

According to her, the move is necessary because if the two artistes had registered their presence in the Nigerian High Commission in Uganda, they wouldn’t have been in trouble.

“Anybody that travels abroad, have faith in the mission. If the Nigerian mission had known that two of our biggest artistes were in town and they just made their presence known, maybe that would not have happened.

“Anytime you travel, especially there are super stars. Let the mission know that you are there. We get the response that, ‘oh they don’t listen to us.’  But let them know,” she added.

Her remarks come three days after the Ugandan authorities dropped the charges against the popular musicians, after spending three days in detention.

The duo were arrested on December 12 and charged before a Chief Magistrates Court in Makindye for breaching the country’s COVID-19 guidelines. 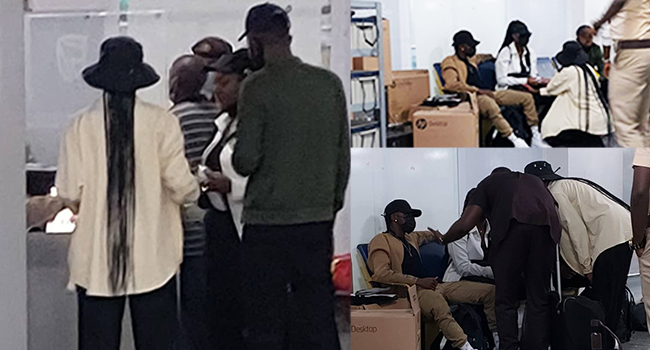 Musicians, Stanley Didia (Omah Lay) and Temilade Openiyi (Tems) have returned to Nigeria after their arrest in Uganda. A third person, Muyiwa Ayoniyi, who was among the arrested, has also returned.

Their return was disclosed by the official handle of the Nigerians in Diaspora Commission, Abike Dabiri, on Twitter.

“Stanley Omah Didia (@Omah_Lay), Temilade Openiyi (@temsbaby), Muyiwa Ayoniyi and others just landed at the MMIA Lagos from Uganda via Ethiopia Airline at about 12:35 pm local time,” the official wrote.

The artistes were arrested in Uganda for violating COVID-19 protocols during a concert in Kampala. The Ugandan government has dropped the charges brought us against the pair alongside their manager.

This arrest sparked angry reactions on Twitter, as celebrities and Nigerians, in general, called for the quick release of the singers, with various hashtags including #FreeTemsandOmahLay, #FreeTems and #FreeOmahLay trending for a period of time. 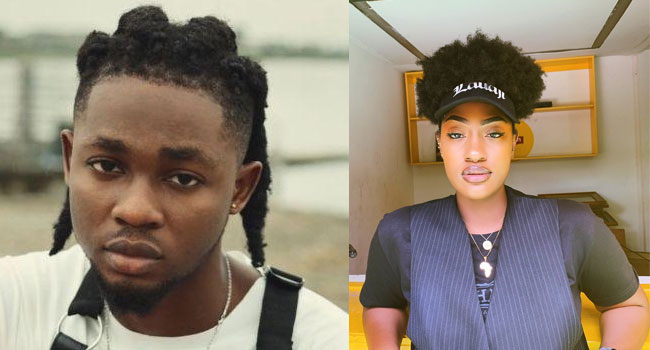 A Release Order dated December 15, said the charges against both artists had been withdrawn and therefore, they should be released forthwith “unless held on other charges”.

See the Release Order Below.

The fast-rising stars were arrested on Monday after performing at a show and flouting COVID-19 guidelines.

Thereafter, they were arraigned at a court in Kampala, Uganda’s capital city.

A tweet by the Ugandan Police Force had said they will remain in custody till Wednesday, December 16.

Their arrest was met with outrage, especially on social media, by many fans and Nigerians, who demanded their immediate release.

The situation was also a subject of debate as many believe it was beyond flouting the country’s COVID-19 guidelines – quickly sparking the hashtags #FreeTems, #FreeOmahLay.

Their release came shortly after the Minister of Foreign Affairs, Geoffery Onyeama, said the Nigerian government was engaging the Ugandan Authorities at the highest level to ensure their release.

The Chairman, Nigerians in Diaspora Commission (NIDCOM), Abike Dabiri- Erewa, had also, earlier in the day, assured Nigerians that all was being done to secure their release after she met with two members of both artistes’ record labels.

“I received Marshall and Valentine, working with @Omah_Lay and Tem’s record label. The good news is that they will soon be back,” she tweeted.

Nigerian artistes, Omah Lay and Ms Tems will remain in the custody of the Uganda Police Force till Wednesday, December 16.

The police force announced this on Monday via its official Twitter handle.

This was after the fast-rising Nigerian stars were arraigned at a court in Kampala, Uganda’s capital city.

The Uganda police force said earlier plans of releasing them on police bond were suspended after their casefile was sanctioned by the Office of the DPP.

The Nigerian trio of Stanley Omah Didia alias Omah Lay, Temilade Openyi alias Tems and Muyiwa Awomiyi have been charged to court in Makindye on charges of Negligently doing acts likely to spread an infectious diseases C/S 171 of the Penal Code Act.

They were arrested after performing on Saturday night at a concert held in Speke Resort, Wavamunno Road, Kampala, Uganda.

“Nigerian Artist Omah lay has been arrested by Katwe police, the manager of the venue one Dungu Ivan and the Events manager Prim Kasana are also in custody.

“Temilade Openiyi Aka Ms Tems (Artist) also been arrested with her manager Muyiwa Awomiyi,” the police boss said on Twitter.

Nigerian Artist Omah lay has been arrested by katwe police , the manager of the venue one Dungu Ivan and the Events manager Prim Kasana are also in custody .
More details to follow

Apart from Omah Lay and Tems who were arrested, their managers and the organizers of the event were also arrested.

Three police officers including the area officer in charge of the police station in the area were also arrested. The policemen were arrested for failing to detect the criminal acts that took place in their area of jurisdiction, the police said.

In their statement, the Ugandan police alleged that the organisers of the concert first held lunch and dinner events, but later on at night started inviting artistes to perform.

Following the outbreak of coronavirus in Uganda, the country’s Ministry of Health issued guidelines suspending concerts in order to stop the spread of the deadly virus.

The arrest of the Nigerian stars has been met with an outcry on social media.

what is going on? @PoliceUg why are Omah Lay and Tems being mistreated?! #FreeOmahLay #FreeTems everyone please let’s create more awareness on this, it’s no longer funny !

UGANDAN POLICE imagine @Omah_Lay is in cuffs cuffs fuck this shit he is supposed to be home chilling but he in a magistrate court in makindye why is he there even #FreeOmahLay #FreeTems pic.twitter.com/MaKacegTZ7