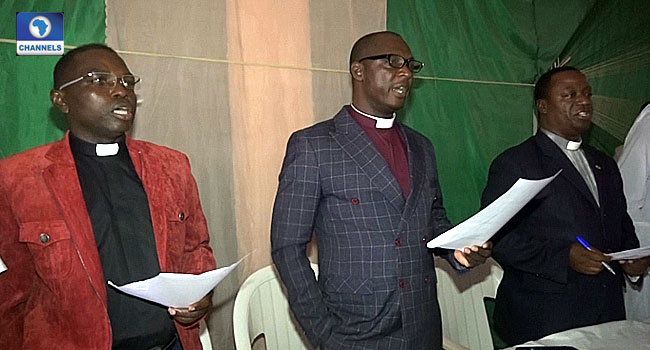 The Christian Association of Nigeria (CAN) in Kaduna State has kicked against the Religious Preaching Regulation Bill being proposed by the state government.

Chairman of CAN in Kaduna State, Reverend Joseph Hayab said that the proposed religious preaching regulation bill is designed to bully Christian faith.

He also commended the recent State High Court judgment which declared the issuance and licensing of religious leaders as unconstitutional. He then appealed to Governor Nasir El-Rufai to obey the judgment by not signing the bill.

“The judgment is a huge relieve to all peace-loving people in the state, both Christians and lovers of peace from other faith.

“For we the Christians suspect that the bill could have been an attempt to bully the different faith we profess and illegally aimed at obstructing religious preaching, especially the gospel of Jesus Christ,” Hayab said on Monday while addressing a news conference in the state capital.

Hayab stressed that CAN is behind the Pentecostal Fellowship of Nigeria (PFN)  that dragged the state government to court over the matter, and is also ready to pursue the case even to the Supreme Court should the governor decides to go against the ruling of the state high court.

In a swift reaction, the state government through its spokesman, Samuel Arwuan maintained that the bill is not in any way designed to muzzle any religious group, but is aimed at creating religious harmony in the state.

The Kaduna Religious Regulation Bill which has been passed by the immediate past House of Assembly on June 8, is yet to be signed into law by the state governor, Nasir El-Rufai.

PFN had in 2016 approached a Kaduna State high court to challenge the constitutionality of the proposed religious preaching regulation bill, describing it is an infringement on fundamental human right.

PFN among other prayers asked the court for a declaration that setting up a committee for the screening and licensing preachers, as provided in the bill, is a violation of their rights.

Three years after, the court presided over by Justice Hajaratu Gwadah in a ruling, last week, maintained that the state government has the rights to regulate religious activities in the state. She, however, ruled that screening and issuing licenses to religious preachers as unconstitutional. 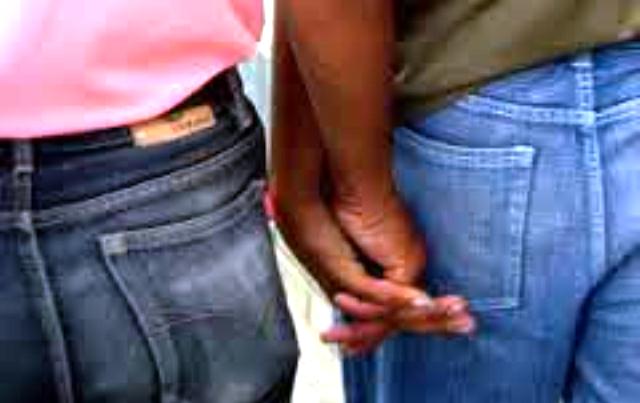 Seven gay men appeared in a Nigerian court on Wednesday, January 22, on charges of being involved in same-sex relationships.

The case drew thousands of protesters to the court, who threw stones at the men as they were being transported back to prison after the trial, as security forces fired into the air to disperse the angry crowd.

The men were arrested by the Bauchi State Sharia Commission for allegedly engaging in homosexual activities, acts that contravene the Islamic laws which the state had been operating under since 2001.

It was the first case since President Goodluck Jonathan signed a bill that criminalises same-sex relationships, defying Western pressure over gay rights and provoking criticism from the United States.

The bill, which contains penalties of up to 14 years in prison and bans gay marriage, same-sex “amorous relationships” and membership of gay rights groups, was passed by the National Assembly last May but Jonathan had delayed signing it into law until early January.

At Thursday’s trial, the prosecuting lawyer said the case was a direct result of the recently-passed law.

“This is further to the law against homosexuals which was signed by the President. It has to be implemented. People caught breaking this law must be prosecuted accordingly,” said Danlami Ayuba.

The trial was adjourned to January 27.

As in much of sub-Saharan Africa, anti-gay sentiment and persecution of homosexuals is rife in Nigeria, so the new legislation is likely to be popular.

While European countries, most recently France, have moved to offer same-sex couples the same legal rights enjoyed by heterosexuals, many African countries are seeking to tighten laws against homosexuality.

Britain and some other Western countries have threatened to cut aid to governments that pass laws persecuting homosexuals, a threat that has helped hold back or scupper such legislation in aid-dependent nations like Uganda and Malawi.

But they have little leverage over Nigeria, whose budget is funded by its 2-million-barrel-per-day oil output.

Social Commentator, Kazim Akinreti, has commended the Nigerian President for “doing the needful” by signing the Anti-Gay Bill into law constitutionally.

Akinreti noted that the public hearing that was convened on the bill is proof that the law was in line with the wishes of majority of Nigerians.

On the relevance of the law in view of Nigerians’ other pressing issues, he said that the speed of the passing of the law should not be misunderstood, as it passed through every recommended procedure for passing a bill into law.

He acknowledged that indeed the issues of fraud, missing funds, and general corruption are important to Nigerians at the moment, but the anti-gay law was also not less important.

He added that nothing was more important than the morality of a country, as people have called for this law; with religious organizations backing it up.

The leadership of the Pentecostal Fellowship of Nigeria has applauded the Nigerian President, Goodluck Jonathan, for signing the bill on anti-gay marriage.

The president of the association, Reverend Felix Omobude, said that “engaging in same sex union is contrary to Nigeria’s culture”.

“We must not import everything because it is happening somewhere else. If you even remove Christianity and Islam and go to the very tradition of the people, we abhor same sex marriage.

“In Nigerian tradition, the people are raised up to have a man and woman marriage.

“How can a man marry a man? It is strange to us and I think the National Assembly did what is right and the president also did what is right. He would have upset the nation if he had done otherwise,” he told Channels Television on Wednesday.

The Act contains penalties of up to 14 years in prison and bans gay marriage, same-sex “amorous relationships” and membership of gay rights groups.

It was passed by the National Assembly in May 2013 and signed into law on Monday, January 13.

Two similar bills have been proposed since 2006 but failed to make it through Parliament.