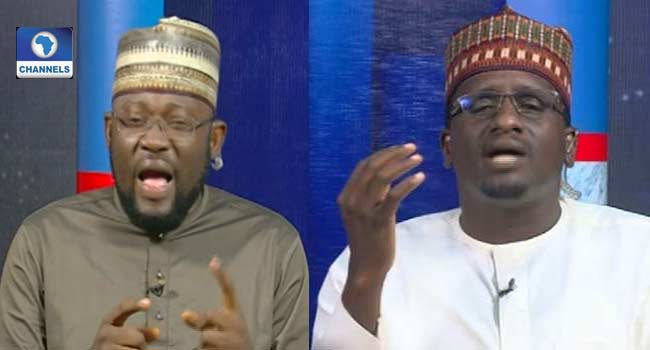 As the eight Assembly gradually winds down, two legal practitioners have argued over the performance of the legislative arm of government within the last four years.

While Sunusa Musa of the All Progressives Congress (APC) criticised lawmakers for their performance over what he described as poor performance, Ilemona Onoja being a member of the Peoples Democratic Party (PDP) however defended them blaming the Federal Government for forwarding just 11 bills over the past four years.

Both appeared as guests on Channels Television’s Politics Today to debate on good governance between the two arms of government since 2015.

“The performance of the Eight Assembly should be me as a person and for ordinary Nigerians below expectation in the sense that we have had the leadership of the National Assembly that is determined to frustrate any effort of the Executive arm of government to giving good leadership of the country,” Musa said.

According to the APC member, the lawmakers’ frosty relationship with the President Muhammadu Buhari administration “really affected the law-making business of the legislators and the society in general.”

He specifically criticised the Senate President, Bukola Saraki and the Speaker of the House of Representatives, Yakubu Dogara for allegedly not cooperating with the Federal Government in the effective law-making process.

When asked to respond to the allegations, PDP’s Onoja defended the leadership of the outgoing Eight Assembly.

He, however, blamed the Executive for not making enough input by proposing more bills that will better the masses.

“In sheer performance terms, it’s impossible to reach a conclusion that the Eight Assembly was an obstacle in any way.

“The Executive has only submitted 11 bills to the Eight Assembly. Of these 11 bills that are apart from the routine Appropriation Act on budget proposals, two of those bills have been passed,” he stated.

Onoja also accused the Executive of undermining, intimidating and sponsoring some persons to invade the National Assembly. 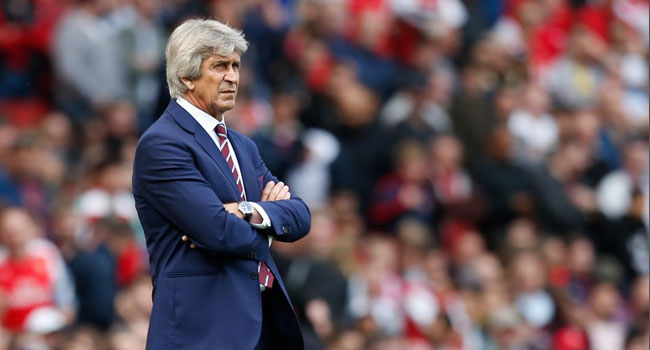 Manuel Pellegrini slammed his West Ham flops for their “very bad” start to the season after the Chilean’s struggling side crashed to a fourth successive Premier League defeat.

Pellegrini, who spent £100 million ($129 million) on nine new signings in the close-season, has lost his first four league matches with the east London club.

On Saturday, it was an Adama Traore goal deep into second-half stoppage-time that condemned the Hammers to a 1-0 defeat against promoted Wolves at the London Stadium.

Instead of winding the clock down in the final seconds, West Ham’s Carlos Sanchez — one of Pellegrini’s new recruits — lost possession to Ruben Neves and in a flash substitute, Traore had the ball in the net.

Only once before in their history have West Ham lost their opening four league matches of a season, in 2010-11 under Avram Grant, when they were relegated.

With a trip to Everton up next followed by visits from Chelsea and Manchester, United things could get a lot worse before they get better for former Manchester City boss Pellegrini.

“We knew before we started that we had a tough start, seven difficult games,” Pellegrini said.

“I don’t think it is a bad start, it is a very bad start. We didn’t think we’d lose six points here at home. Here at home to lose we must be very worried.

“But I think everyone inside the club is calm. I think we have a strong squad and we are going to have better performances in the future.

“But of course, when you start with no points in four games it is difficult.” 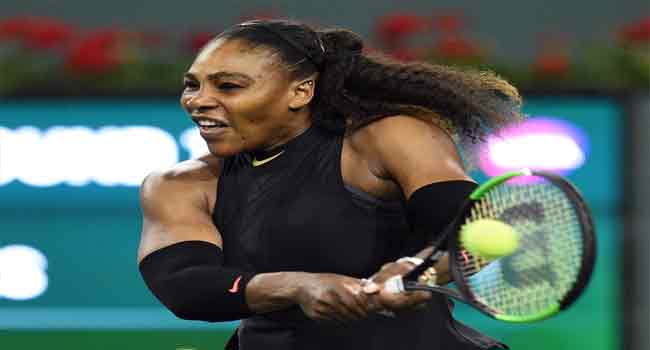 Serena Williams’s highs and lows at the French Open as the 23-time major winner prepares to make her Grand Slam return next weekend in Paris:

2014: Second round defeat to Spain’s Garbine Muguruza 6-2, 6-2. “It was one of those days. You can’t be on every day, and, gosh, I hate to be off during a Grand Slam but it happens. It’s not the end of the world,” says Serena who was chasing an 18th career major

2017: Sits out Roland Garros due to pregnancy

2018: Ranked 454 in the world and having played just four matches on the WTA Tour all year, Williams returns to Roland Garros seeking a 24th Grand Slam title which would take her level with Margaret Court’s all-time record 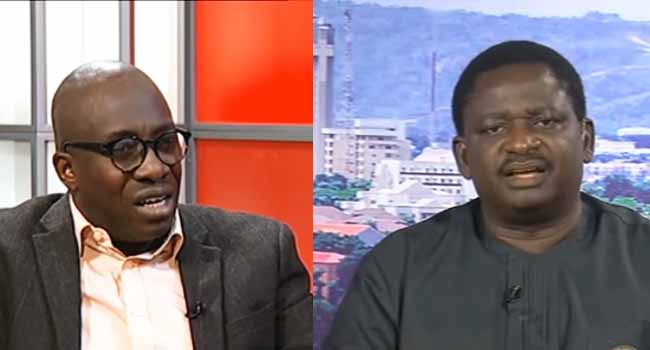 The ruling All Progressives Congress (APC) and the opposition People’s Democratic Party (PDP) have traded blame over the state of Nigeria’s polity.

Representatives of both parties were guests on Channels Television’s Sunrise Daily on Tuesday.

While Segun Sowunmi from the PDP accused the APC-led Federal Government of capitalising on their gains in the war against terror, Special Adviser to the President on Media and Publicity, Mr Femi Adesina, said he would not want to attack the party under any guise.

Mr Sowunmi’s comments come days after the Buhari administration presented its mid-term scorecard, as well as launched a book on the successes recorded by the administration upon coming on board in 2015.

The book was written by the media team of the President, including Mr Adesina and Mr Garba Shehu.

“They have not bought a single hardware, all the equipment they are using to martial out their python dance and crocodile smile are the equipment bought by our government.

On the issue of the economy, Mr Sowunmi berated the APC for failing to create an enabling environment for business to strive in the country.

He said, “The problem they (APC) have is that they have not completely convinced themselves that it is not the business of government to build businesses.

“The simple business of government is to create an enabling environment, do the laws that are stable, be consistent, and have policies that can allow private sector people take advantage.”

However, all seem not to have gone down well with the presidential spokesman as he quickly countered the claims.

Adesina said, “The government (PDP) you are referring to is the inglorious era of this country. It looted excess crude account, it looted the foreign deposits, and it looted everything dry in this country.”

With respect to the Agriculture sector, the PDP pointed out that the Jonathan administration had appointed Mr Akinwunmi Adesina to man the sector based on his level of competence.

He also explained that the fertilizer programme was initially condemned by APC, but Adesina’s emergence as the President of African Development Bank is a clear indication of his sterling qualities.

The presidential aide had while speaking on the issue of Power said the federal government’s target is to generate 10,000mega watt by 2019.

He also explained that the country has been generating 7,100mw as at two weeks ago, a situation that suggests an improvement over the past years.

The presidential aide noted that when the All Progressive’s Party came on board in 2015, the country was in a comatose as virtually every sector was looted, coupled with the insurgency ravaging the North-East.

Mr Adesina added that the government is in the know of the Fulani/herdsmen clashes, stressing that it is not folding its hand in tackling the menace.

“In all the other areas, it is not as if the government is idle. It is not folding its hands. If you want the real statistics, maybe the Inspector-General of Police or any other head of security agency will give you.

“In the book, you will even have the statistics given you by the Department of State Security. This is a fact book. It is not meant to depress Nigerians. It is meant to show them that something is being done.” 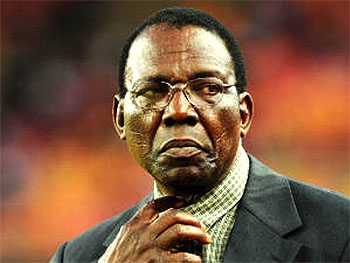 Former Eagles handler; Adegboye Onigbinde said the technical crew of the Super Eagles will need to work very hard to improve the gameplay of the team at the Afcon 2013 in South Africa if the Eagles want to bring home the trophy.

The now FIFA instructor said that the performance of the Super eagles in their friendly game against Cape Verde was nothing to commend as I was very dismal and it does not tell good concerning African Football.

“I did not see any exciting moment throughout the 90 minutes of the game and that tells a bad story about African football.

“But I hope the technical crew will work on the team and make them improve,” he said.

Reacting to the final list of the players for the Afcon 2013 released by coach Keshi after the friendly with Cape Verde which ended in dismal draw in Faro, Portugal on Wednesday night, Coach Onigbinde said the Super Eagles will definitely have a reason why he made such selection as he also has a right to who plays in the Eagles.

“He is in charge of the team and he has the exclusive rights to make the selection of players he feels will be needed.

“Also, he is the only one that knows the system he wants the players to play and I am sure he made his selection based on that.

“So, the only thing left is for the technical team is to ensure that the players deliver and not fall short of expectations,”

Onigbinde said the Super Eagles were lucky to have run away with a draw in their earlier friendly against the stars-studded Catalonian side before they took on the Blue Sharks who are debutants at the Afcon in South Africa because the Catalonia side had games the next day so they saved the best for the more important club games.

“The match we played against Catalonia was a fluke. Fluke in the sense that all those stars paraded in the opponent’s side had another match for their club the following day.

“So, they did not come out and play with full zeal which we saw on the pitch; we shouldn’t use the match as an assessment of our team in anyway,” he said.

But in at that Coach Onigbinde is still holding on to the hope that the team would lift the trophy.

“My expectation of the team as a patriotic Nigerian is that I am waiting for them to come back with the trophy.

“But I know it does not come with magic nor by talk, but by hard work, and that depends on what the coaches do with the team,” Onigbinde said. 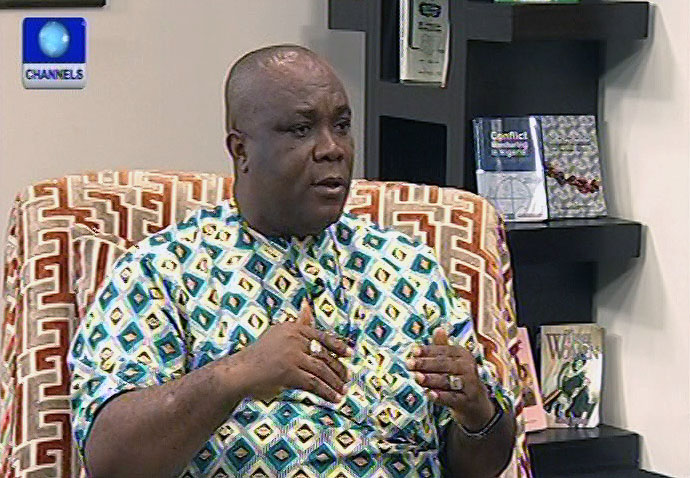