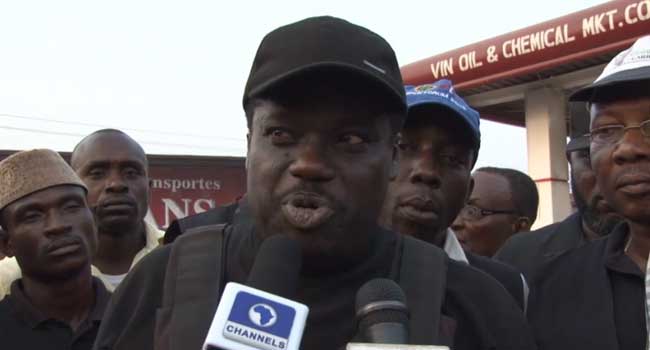 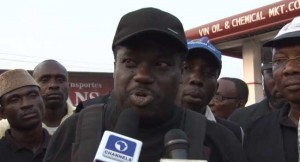 The Managing Director of DVD Oil, Valentine Aisuen, raised the alarm after some of his workers clashed with the Chairman of the monitoring team at his fuel station in Benin City, the Edo State capital.

He alleged that the Chairman of the state’s Petroleum Monitoring Committee, Amen Osunde, instructed him to pay 200,000 Naira weekly to enable him sell fuel above pump price.

The oil marketer said that the Chairman had hinted him of his impending visit to alter his displayed price ahead of his arrival.

According to Mr Aisuen “I was not around when Amen called me that he is in my station that he instructed me few minutes ago to change the pump price to 87 Naira, that I should be selling above pump price with calculator but what will be displayed will be 87 Naira”.

He said prior to this, he had explained to the official why he could not sell at the government approved price.

“I showed Amen the way I buy my product and the way I sell, I am not a major marketer. He now told me that if I will have to sell above pump price, I will be settling.

“Before now, we have been settling Amen. As far as this station is concerned, we settle Amen every week. I send him (pointing to one of his employees) to go and give Amen money twice in a week.”

Two of the workers narrated how they were beaten up by members of the monitoring team. A female worker said her phone was seized.

“I brought out my phone to video what was happening, only for one of the boys to start hitting me and asking for the phone.

“At the process of telling him I cannot give him the phone, he bought out a handsaw and threatened to use it on me. Then I gave him the phone and he left with it,” she said.

In his reaction, Mr Osunde denied the allegation, describing it as blackmail.

“Petition and blackmail is part of the job. I have decided to take it in good fate, because people will always talk.

“That does not mean that in a situation like this, there cannot be some elements of truth. But in respect of what he said or what they are saying, they are outright lies,” he said. 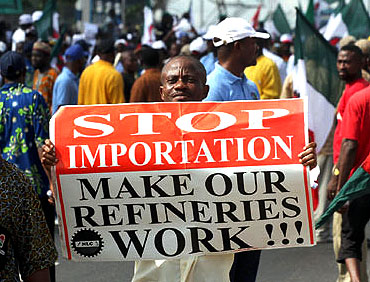 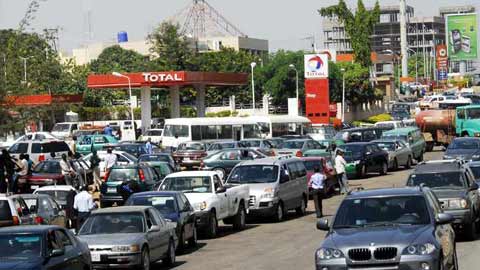 Petroleum products marketers under the aegis of Jetties and Petroleum Tank Farms Owners of Nigeria (JEPTFON) have threatened to shut down operations with effect from Monday next week if government does not rectify the subsidy payment process.

The marketers, who ventilated their grievance over the federal government’s unilateral action to withhold payment of subsidy, said the action of government was threatening the continued survival of their business and the larger economy.

In a communique issued at the end of an emergency meeting in Abuja on Friday, the Executive Secretary of the association, Enoch Kanawa said the withdrawal of subsidy payments is also a clear breach of contractual obligations, insisting that outstanding payments to subsidy claims should also be paid in full.

The jetties and tank farm owners also described as unacceptable the unguided statements by government officials labelling members of its association as fraudulent and irresponsible, demanding immediate apology.