The Federal High Court sitting in Lagos has fixed for May 15, its ruling on two preliminary objections arising from the takeover of Arik Air Limited by the Asset Management Corporation of Nigeria (AMCON).

The Corporation had on February 8, 2017 announced that it had taken over Arik Air Limited.

AMCON said the step was taken to save the airline from collapse and in the best interest of the general public, workers, creditors and other interest groups in the aviation sector.

A legal practitioner, Mr Oluseye Opasanya, was then appointed as the Receiver Manager of Arik Air Limited, following its takeover by AMCON.

They accused Mr Opasanya and the lawyer representing AMCON, Professor Koyinsola Ajayi, of engaging in professional misconduct and urged the court to void all the processes so far filed by Professor Ajayi on behalf of the Corporation and Mr Opasanya.

The grounds of their objection was that Ajayi and Opasanya are both lawyers practising in the law firm of Olaniwun Ajayi LP.

Mr Koku argued that by virtue of Rule 17 of Professional Conduct of Legal Practitioners 2007, neither Ajayi nor any other lawyer from the law firm of Olaniwun Ajayi LP could appear in a case where Opasanya was a plaintiff.

Professor Ajayi argued that they were not parties in the suit in question which AMCON and Opasanya filed against Arik Air and the Inspector General of Police.

He described them as interlopers who should not be heard and urged Justice Mohammed Idris who is hearing the case to dismiss the preliminary objection by Koku’s clients.

After hearing both preliminary objections on Friday, Justice Idris adjourned till May 15, 2017 for his ruling.

The House of Representatives has ordered its Joint Committee on Delegated Legislation and Public Accounts to carry out a public hearing on the activities of the Financial Reporting Council (FRC) of Nigeria.

The F.R.C. had introduced the Corporate Governance Code which led to the stepping aside of General Overseer of the Redeemed Christians Church of God, Pastor Enoch Adeboye.

The new regulation pegged the leadership tenure for religious leaders at 20 years.

The House took the decisions after considering a motion sponsored by Minority Leader, Representative Leo Ogor, who described the Council’s action as unconstitutional.

Representative Ogor accused the Council of usurping the powers of the National Assembly, wondering where the Council derived its powers as encapsulated in the Code of Corporate Governance for the bodies, without the approval of the Legislature.

The House at its plenary asked the Council to suspend the code while the panel investigating its activities is expected to submit a report within four weeks.

President Muhammadu Buhari, on Monday, sacked the Executive Secretary of the Financial Reporting Council of Nigeria (FRN), Mr. Jim Obazee, and ordered the reconstitution of its board.

The President consequently appointed Mr Daniel Asapokhai as the new Executive Secretary and Mr Adedotun Sulaiman as the new chairman of the council.

President has also instructed the Minister of Industry, Trade and Investment, Mr Okechukwu Enelamah, to invite the 19 Ministries, Departments and Agencies of the Federal Government and private sector organisations specified in the FRC
Act to nominate members of board of their councils. 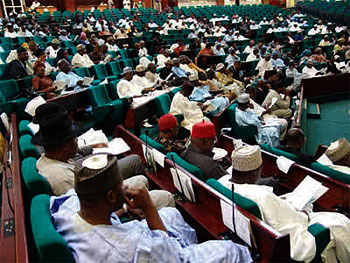 The Speaker of the House of Representatives; Honourable Aminu Tambuwal has cautioned the House adhoc committee members on petroleum industry bill to maintain their integrity as they work on the crucial legislation.

The Speaker gave this warning while inaugurating the committee which is to work on the much anticipated bill that is expected to revolutionize the country’s petroleum sector.

He said Nigeria does not have a monopoly of oil exports and must quickly do the right things in the oil sector to be able to compete with its neighbours.

Mr.Tambuwal also advised the committee to draft a bill that will address present and future concerns in the industry.

The chairman of the adhoc committee, Representative Ishaika Bawa said the House has no hidden agenda as it begins its work and will ensure that its final report reflects the expectations of most Nigerians. 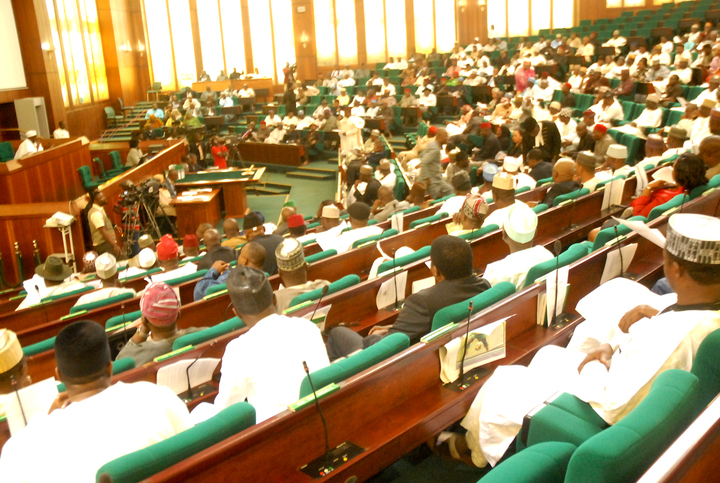 A bill for an Act to prohibit marriage or civil union entered into between persons of same sex and solemnisation of same on Tuesday passed through the second reading in the House of Representatives.

The bill, which passed without a dissenting voice, had previously been passed by the senate.

Speaking on the bill, lawmakers said the notion of same sex marriage is an alien culture that must be preventing from taking root in Nigeria.

Leading the debate on the bill, Mulikat Akande-Adeola (PDP-Oyo), said the proposed legislation would ensure that the institution of marriage is respected.

Ms Akande-Adeola, who is the Leader of the House, said that the bill would also protect and preserve the Nigerian culture.

“This practice has no place in our culture, religion, Nigeria or anywhere in Africa, it is immorality and debasement of our culture, we condemn it in totality.”

Adams Jagaba (PDP-Kaduna) aligned himself with the submission of the Majority Leader and said no religion supports gay marriage.
“We are a cultured people; we cannot carry everything from other culture,” he declared.

According to her, marriage is a union that should be blessed by God.

She said that marriage between same sex “diminishes the symbol of what we are and procreation.”

Minority Leader, Femi Gbajabiamila (ACN-Lagos), who also spoke against marriage between the same sex, described the act as immoral.

“In this marriage, the third party is affected, these people go ahead and adopt children, thereby affecting the child, and in the process the child becomes dysfunctional.

“We are not seeking to promote a dysfunctional society,” he said.

Aminu Suleiman (PDP-Kano) praised the Senate for taking the initiative in rejecting gay marriage in Nigeria.

There was no dissenting voice and the bill passed through second reading after being put to vote by the Speaker of the House, Aminu Tambuwal.
Mr Tambuwal subsequently referred it to the Committee of the Whole House for consideration.

The Senate had in November 2011 passed a bill banning same sex marriages in the country.