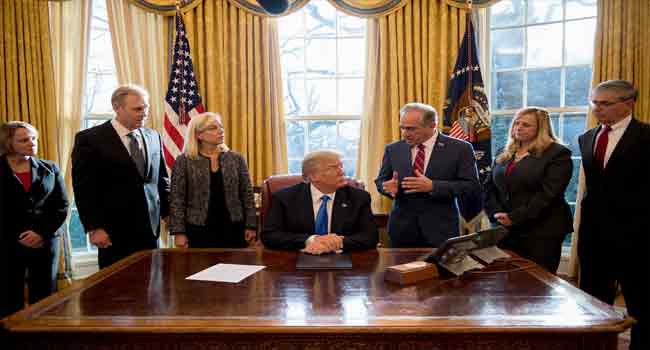 President Donald Trump lashed out Wednesday at the US judicial system as “broken and unfair” after a judge blocked his decision to end a program that protects so-called “Dreamers” from deportation.

Earlier, the White House had called the ruling Tuesday by US District Judge William Alsup in San Francisco “outrageous,” coming the same day Trump met lawmakers from both camps on the so-called Deferred Action for Childhood Arrivals, or DACA, program.

“It just shows everyone how broken and unfair our Court System is when the opposing side in a case (such as DACA) always runs to the 9th Circuit and almost always wins before being reversed by higher courts,” Trump said in a tweet.

The DACA program, instituted by Trump’s predecessor Barack Obama in 2012, protects from deportation hundreds of thousands of immigrants who arrived in the country illegally as children.

Hewlett-Packard continues to be one of the most important IT corporations in the world, but 2012 proved quite troublesome for the company, and 2013 is starting off in force as well.

The company has been sued by a number of tech support employees for intentionally “misclassifying” them.

To elaborate, HP, like all other companies, has a number of employees that work overtime, which is to say over 40 hours a week.

The tech support staff that always gets called upon by customers is particularly prone to overtime.

Logic would normally dictate that whoever ends up working more than their fair share would get paid extra, according to the number of hours.

That means double the normal pay, or whatever policy was agreed upon in the employment contract.

HP isn’t being accused of actual breach of contracts, but the charges are no less serious either.

Their claims, HP decided to intentionally misfile the workers in question so that the fact that they qualified for overtime pay slipped through the cracks.

HP offered no comment, according to Business Insider, beyond stating that it was reviewing the complaint.

Eric Benedict; the representative of the disgruntled HP employee group hired the services of law firm Cabraser Heimann & Bernstein LLP; a firm that got recognized in 2006 after a successful suit against IBM, which resulted in a settlement of $65 million / 48.7 million Euro. 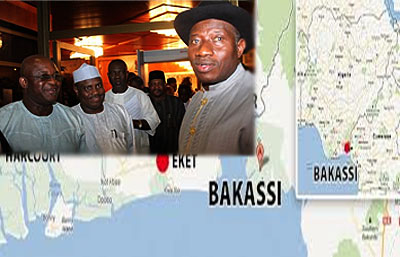 President Goodluck Jonathan has set up a committee to look at the options for a review of the judgement that ceded the Bakassi peninsular to the Cameroons and how to take care of the people there.

The President’s decision which is coming a few days to the expiration of the appeal period on the case is following a long drawn-out meeting the president held with the leadership of the National Assembly over the matter in the presidential villa.

The meeting which lasted for about three and half hours had in attendance the Vice President Namadi Sambo, the Senate President David Mark, Speaker of the House of Representatives, Aminu Tambuwal, and other key principal officers of the National Assembly, the Attorney General of the Federation, the governors of Cross River and Akwa Ibom, Secretary to the Government of the Federation as well as some select groups from Bakassi.

Prince Bola Ajibola who was also in attendance spoke to Channels Television after the meeting said by virtue of convening meeting, the Federal Government has shown a candid concern for its people in Bakassi and that according to him, it is the most important thing for now.

He commended the move to follow the rule of law, dialogue and diplomacy in ensuring that the people are not wrongly dealt with.

He expressed optimism that the committee set up will handle it in a record time.

Liyel Imoke the Cross River state governor said that the president has shown great leadership quality by convening the meeting and standing firm on some of the decisions taken.

On his part, the Senate President; David Mark said that the Executive and the law makers are on the same frequency on the Bakassi issue and will work in the same direction to achieve results.