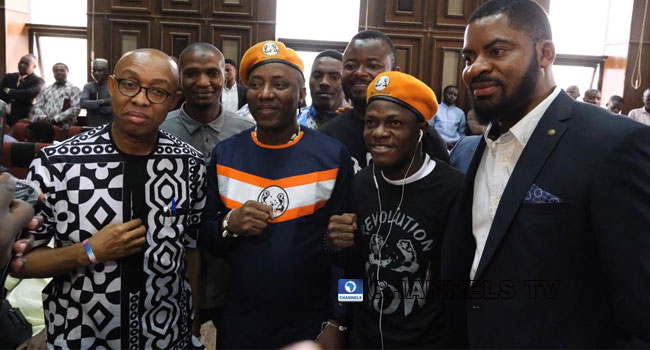 The Federal High Court in Abuja on Wednesday fined the Federal Government the sum of N200,000 for seeking and causing an adjournment of the trial of Omoyele Sowore.

The fine must be paid by the Federal Government between now and tomorrow which is the new date for the continuation of the trial.

The presiding judge, Justice Ijeoma Ojukwu described the prosecution’s request for the adjournment as frivolous and uncalled for.

READ ALSO: Sowore To Be Re-Arraigned On Fresh Charges

She warned that the proceedings would not continue if the prosecution fails to present evidence of the payment of the N200,000 to the defence or come to court with the cash on Thursday.

The judge also expressed dissatisfaction with the prosecution’s failure to serve all necessary documents as ordered by the court over seven weeks ago.

The prosecuting counsel, Kayode Alilu, from the office of the Attorney-General of the Federation, had earlier explained to the court that the amendment of the charges followed the taking over of the case from the Department of State Service (DSS) in December.

Defence lawyer, Yinka Olumide-Fusika (SAN) of Femi Falana chambers contended that the prosecution were not prepared for trial and urged the court to strike out the charges.

Alilu in response to the defence lawyer asked the court to discountenance the application to strike out the suit and urged the court to grant an adjournment till Thursday to enable them effect service of the amended charges on the defendants.

Lawyer to the defendants counters his argument saying the prosecution is not in a position to continue the matter Thursday as they are yet to serve them the list and statements of their witnesses despite the order of the court to do so.

Justice Ijeoma Ojukwu in a short ruling views the application for adjournment as frivolous.

She ordered the prosecution to pay a sum of N200, 000 as the cost to the defendants for the frivolous application for adjournment. 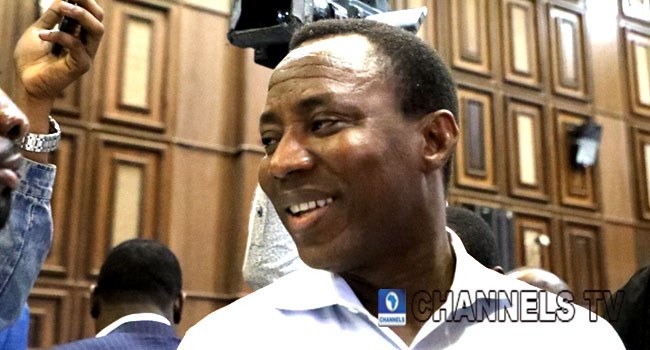 The trial of Convener of the #RevolutionNow, Omoyele Sowore and his co-defendant, Olawale Bakare, was stalled today due to the absence of the presiding judge, Justice Ijeoma Ojukwu of the Federal High Court, Abuja.

Channels Television gathered Justice Ijeoma was absent because she was sitting outside the court’s division.

The case was then adjourned till Wednesday, February 12, 2020.

READ ALSO: Borno Attack: We Must Explore All Options To Stop This Scourge – Atiku

Sowore and co-defendant, Olawale Bakare, are facing trial over charges of a treasonable felony for organising the revolution now protest on August 5, 2019, which the government saw as an attempt to disrupt peace in the country.

Sowore was arrested on August 3, 2019, by the Department of State Services (DSS) and was in custody until December 24, 2019, when he was eventually released on the orders of the Attorney General of the Federation who directed the DSS to comply with the orders of the court which granted him bail.