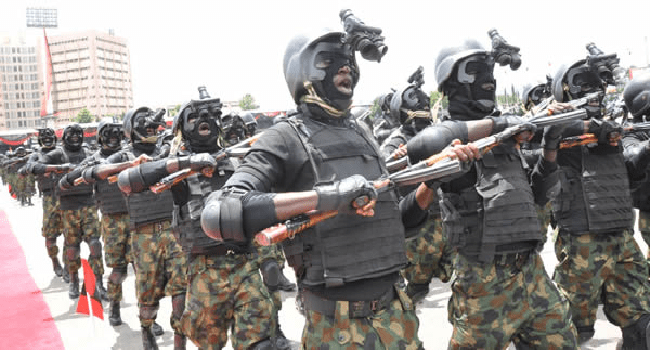 Security Agents in Plateau State have promised to provide adequate security for electorates as well as staff and materials of the Independent National Electoral Commission (INEC) during the elections in the State.

Commander of the Special Task Force (STF) in the State, Major Gen David Enetie, stated that the military is not interfering with the elections but would be supporting the democratic process by providing security at flash points across the State in order to create a conducive environment for the elections.

As part of providing security before, during and after the general elections, a show of force by the combination of military, Air Force, the Nigerian Navy, Nigeria Police, National Immigration Service (NIS) and the Civil Defence Corps patrolled the major streets in Jos and other Local Government Areas of the State.

The troops were reminded of the roles expected during the elections by conducting themselves within the constitutional provision and professional in carrying out their duty.

Explaining the roles expected of the military during elections, Gen David Enetie, argued that the military would not take part directly in the conduct of the elections but support the democratic process. 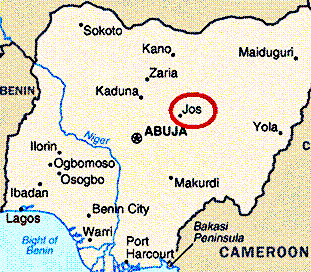 The anti-kidnapping squad of Special Task Force (STF) in Plateau state has rescued eight persons from kidnappers following tip-off to security agents by concerned members of the public in Jos, north central Nigeria.

A statement by STF’s spokesperson, Captain Salisu Mustapha, revealed that the security agents carried out a raid at Chiwana hotel located in Zinaria layout of Jos north local government area, where the kidnappers were apprehended with victims kept in one of the hotel rooms.

According to the statement, the suspected kidnappers contacted families of the victims and requested for various sums of money as ransom.

Investigations indicate that the victims were kidnapped at various locations of the metropolis and kept in the hotel where the kidnappers use as base for their operations.

The release adds that the leader and a member of the gang as well as the hotel manager have been arrested and are currently undergoing investigation. 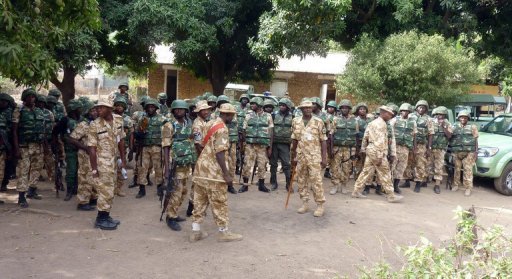 The Special Task Force (STF) operation Safe Haven, in Plateau state, says more than 100 rebels that recently attacked some villages in Langtang south local government area of the state, were killed in a gun duel with officers of the task force.

Commander of the STF, Major General Henry Ayoola, while speaking in Jos on the situation of the incident explained that the issue was not a case of ethnic crisis as insinuated, but rather a situation where some gunmen came to attack residents of three communities.

According to the Army General, as soon as STF got the alert on the attack, the task force troop moved into the communities to bring the situation under control but they were attacked by the insurgents.

This led to a cross fire in which over a hundred of the attackers were killed, he explained.

General Ayoola assured that the affected communities are under surveillance as more troops have been deployed for intensive patrol of the areas to forestall any attack.

About 28 villagers were killed in the pre-dawn attack by suspected Fulani gunmen on Magama, Bongon and Karkashi villages of Langtang south local government area of Plateau state, north central Nigeria.

The Fulani herdsmen are alleged to have carried out the attack on the Taroh after hundreds of their cattle were stolen. Two villages in a nearby Fulani and Hausa community were subsequently burnt and the residents fled. 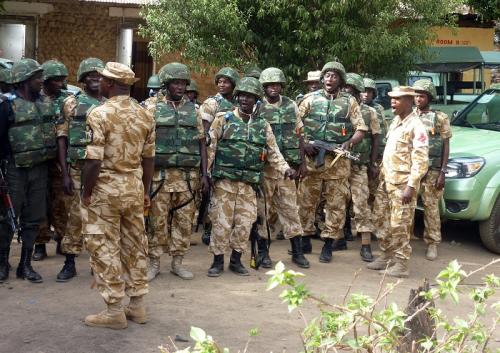 Residents of Kuru in Jos South local government area of Plateau state, North Central Nigeria went to the streets in protest of an attack on their community, which resulted in the death of one person and the injury of another by unknown gunmen.

The angry youths said they were out to express their anger over the killing a member of their community in an attack on Sunday night that left another person injured.

The protesters blocked the highway that linked the National Institute for Policy and Strategic Studies, Kuru before members of the Special Task Force (STF) intervened to prevent further breakdown of law and order within the area.

Residents say the incessant attacks in villages around Barkin Ladi, Riyom and lately Jos South local government areas need to be addressed by the STF as the attackers are becoming frequent with the same professional accuracy and commando type of killings and escaping while no one is apprehended. They suggested that efforts should be made to curtail further occurrence in order to restore public confidence in security operatives.

In the video below, the father of the deceased, Clement Dagwat and the Media Coordinator of the STF narrate how the attackers invade the community.