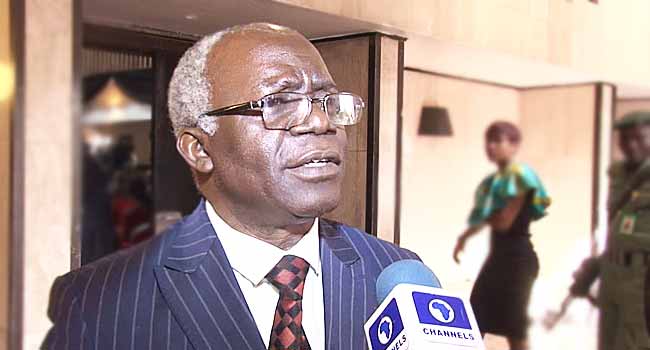 Human rights lawyer, Femi Falana, has said that Nigeria is not fighting impunity to its uttermost and as such lawlessness has been left to thrive.

Speaking after the launch of ‘Why Not’, a book by Professor Pat Utomi on Tuesday, the Senior Advocate of Nigeria said that the nation is still operating on primitive ideas and must walk away from this culture if things are to be set right again.

Falana stated that that a good fight against electoral malpractice before and after elections is key to stabilizing the nation.

The rights advocate said, “We are primitive and we must get away from that culture and that is why the electoral body will have to organize credible elections but you can only do that if you fight impunity that take place before or during the elections but we are not doing that right now.

“All those that rigged the elections are walking free they will also rig elections next time and that is why we must join the campaign for the institution of an electoral offences tribunal to deal with those who manipulate the elections and those who promote thuggery during elections”.

He stressed that it is the duty of the government to secure the life and property of everybody.

” I believe that the Governors and the president will have to sit down and ensure that there is security in the country, adequate security for our people.” 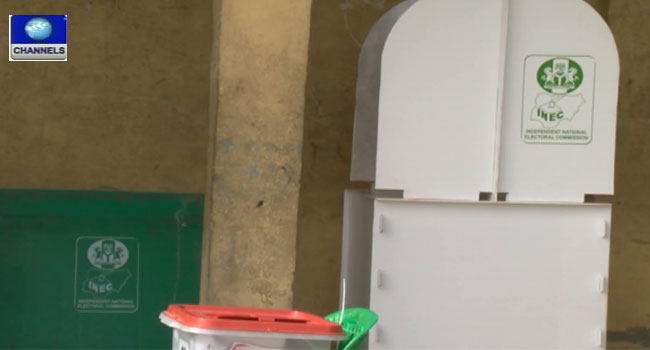 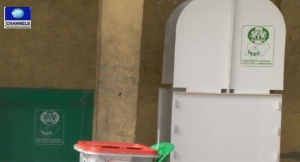 The Imo State Police Command has warned politicians, group of persons to desist from any act of thuggery, hooliganism or any related action that might disrupt the peace and success of Saturday’s National and State Assembly re-run election in the state.

The Imo State Commissioner of Police, Taiwo Lakanu, handed out the warning at an election stakeholders meeting and signing of peace accord at the command headquarters in Owerri, the Imo State capital.

Mr Lakanu said that the command and other security operatives in the state have put measures in place to check mate any act or action that might cause a breakdown of peace in the state during the election.

He urged all political parties involved in the election to play by the rules, noting that the command will give all the parties a level playing ground.

The Police Commissioner also warned against any act of thuggery, hooliganism or any act of criminality that might cause the breach of peace during the election.

The Administrative Secretary of the Independent National Electoral Commission (INEC) in the state, Evurulobi Chinedu, said INEC in the state is ready and fully prepared for the election. He also disclosed the new accreditation and voting pattern for the re-run election.

The election will take in Okigwe Senatorial District, Owerri West, Oru East and Isiala Mbano State Constituencies. Movement within these areas have been restricted between 7:00 and 6:00pm. 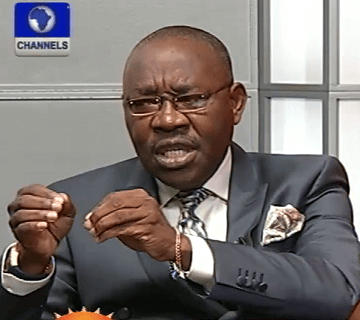 A legal practitioner, George Ekeh, on Monday apportioned blame to the entourage of the House of Representatives speaker, Hon. Aminu Tambuwal, for the fracas which occurred at the National Assembly last Thursday, insisting that they had been unruly.

According to him, their unruly behaviour had proven that the intelligence report that hoodlums would cause mayhem at the National Assembly, as disclosed by the Police, was accurate and necessitated the security measures put in place.

Commenting on the issue on Sunrise Daily, Ekeh noted that the fracas was embarrassing to the entire nation, as it had attracted both local and international attention. He, however, insisted that although the footage of lawmakers scaling a gate was a sensation for both local and international media, “it is important for us to appreciate what happened by looking at it sequentially”.

He stressed that nobody was above the law and that self-help on the part of the lawmakers was not an option.

Lawmakers had scaled the gate of the National Assembly after security agents including the Police and SSS had barred them from gaining entrance and shot tear gas canisters at them.

The Police had explained that they had received security intelligence that there was going to be mayhem hence the measures put in place.

Ekeh backed the claim, noting that “even if we did not believe them, the situation that we found ourselves in vindicated whichever officer that gave that report; That indeed there was going to be mayhem and indeed there was mayhem”.

He noted that the police had the right to be at the National Assembly since it was their duty to maintain law and order.

However, footage of the fracas had revealed that the last gate leading to the chambers had been locked and police officers did not open to lawmakers who questioned their action.

Ekeh defended the action saying “they did not shut down the National Assembly. They were screening people. They had screened some people even if it was quite torturous.. David Mark himself said he was screened at three points”.

He claimed that the Speaker and the Representatives in his entourage had assembled, based on their perception of events, and “all of them came and obviously overwhelmed the police”

He added that the gate had been locked because the Representatives had become unruly, hence, interrupting the screening process at the gate.

Asked if it would have been out of place for the Police to have informed the leadership of the House of the intelligence report and the planned action, Ekeh argued that such announcement would depend on the strategy adopted by the Police.

“I don’t think that it behooves on the Police to first of all inform members and say we are going to screen you people.”

He noted that “if the Police said they were trying to fish out thugs, or hoodlums – thuggery is not a profession. It is the conduct of a person”, insisting that if the conduct of a lawmaker becomes unruly, “the police should be able to rein him in”. 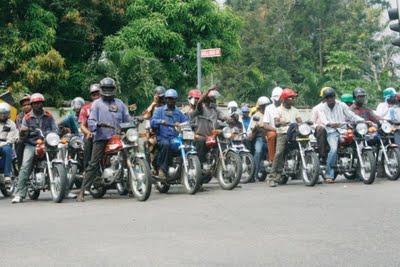