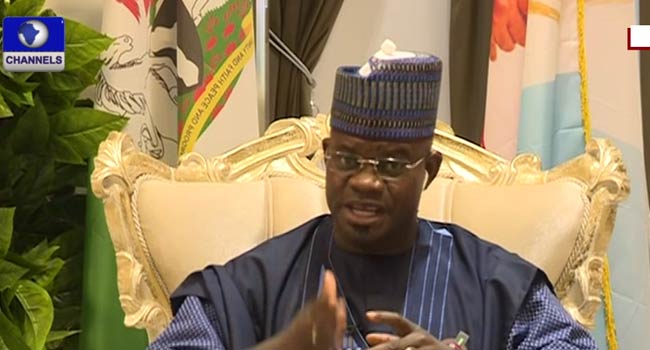 This was disclosed in a statement issued by the Head of Service, Deborah Ogunmola, who described as embarrassing the recent widely spread report of bread levy allegedly introduced by the state government.

Ogunmola said the Perm Sec had on November 9 written a letter to the bakers in the state “introducing an identified consulting company and levies on bread to all bakers and caterers doing business In and across the state.”

She explained that “investigation revealed that the official acted without obtaining the approval of the Honourable Commissioner of the ministry and could not provide any file documenting the approval for the dissemination of such information.”

The Kogi State Government has served an official query to the Permanent Secretary, Ministry of Commerce and Industry, Usman A. Ibrahim for official misconduct over the recent widely spread report of bread levy allegedly introduced by the state government.

In a letter signed by the Head of Service, Kogi State Government, Mrs. Deborah Ogunmola, the affected official was directed to respond within 24 hours to exculpate himself on why disciplinary action should not be taken for gross misconduct.

The HOS stated that the concerned official on the 9th of November, 2020 signed a letter addressed to the Chairman, Association of Master Bakers and Caterers of Nigeria (AMBCN) Kogi state branch on the subject of introducing an identified consulting company and levies on bread to all bakers and caterers doing business In and across the state.

Mrs. Ogunmola added that investigation revealed that the official acted without obtaining the approval of the Honourable Commissioner of the ministry and could not provide any file documenting the approval for the dissemination of such information.

The HOS stipulated that despite the official’s denial, his actions contravened the provisions of Public Service Rules, Section 4 – 030402 (1), (N) and (o) which might lead to his dismissal from the service.

The Department of State Services (DSS) says it has arrested a suspected major gun fabricator, arms-runner and a covert linkman and courier for the Boko Haram terrorist group.

The suspect, Musa Garba Abubakar (Engr), also known as Muhadis Musa Bin Haddad, was arrested on March 2 in Jos, Plateau State, during a special tactical operation by the Service.

A statement by the DSS said that during his arrest, two pistols, 80 rounds of live ammunition and several sensitive documents were recovered from him.

The statement read: “In a bid to employ propaganda to manipulate the international community against the efforts of the Federal Government, in the ongoing war against terror in the northeast region, Musa had approached a foreign mission in Nigeria for logistics and financial support to fight the Boko Haram.

“However, unknown to the mission, he is actually an unauthorised gun-maker/runner with intent for mischief and communal strife in the North Central region”.

The DSS further said it apprehended other suspected associates of the gun-runner – Umar Khalil Muhammed and Mohammed Yakubu Tahir, also known as Mallam Yaro. They were arrested on March 2.

Muhammed was arrested at Layin Oscar in Jos South Local Government Area, while Tahir was picked up at Mista Ali area, along Jos-Zaria road in Bassa LGA.

The duo are suspected accomplices and active marketers of Abubakar’s products to criminal elements in the North-Central region of Nigeria.

According to the DSS, other suspects Armaya’u Yakubu also known as Ali Tekwando, Yakubu Sule and Usman Ibrahim were also arrested on March 3 at Hayin Danmani area in Kaduna metropolis.

“The trio were members of an extremist cell under the coordination of Yakubu, with affiliation to the proscribed extremist group, ANSARU and have been perfecting plans to travel to Sudan, for terrorist training with other radical elements of the group,” the DSS statement issued by Tony Opuiyo further read.

The DSS also re-emphasised its resolve to sustain the fight against organised vices and criminal activities by terrorists, kidnappers, fraudsters and other deviant elements in Nigeria.

The Sevice further sought the support of law abiding Nigerians and all residents for law enforcement and security agencies, calling for proactive and actionable intelligence, for the sustenance of peace, law and order.