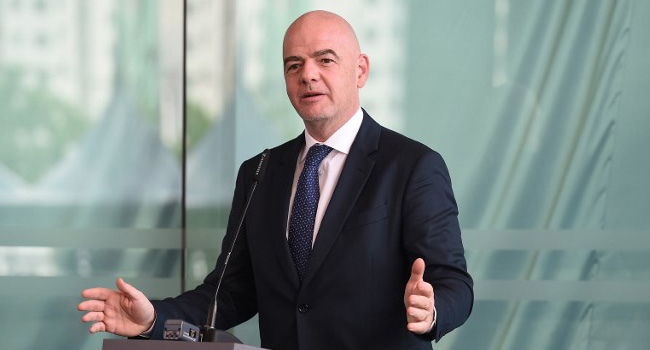 FIFA will double its funding for women’s football to $1 billion over the next four years, president Gianni Infantino said on Thursday following a meeting of the world governing body’s council.

“The Council decided to put 500 million in addition to the 500 million already budgeted,” Infantino told reporters in Shanghai.

FIFA had earlier this week said it is hoping to renegotiate contracts already signed for the next women’s World Cup in 2023 as it looks to increase the amount of money going to players, sources have told AFP.

“FIFA plan to renegotiate contracts for the women’s World Cup in order to offer much greater bonuses to players,” a source said ahead of a FIFA Council meeting in Shanghai on Thursday.

Women’s football will feature heavily on the agenda at the meeting as world football’s governing body plans to increase the number of competing teams at the World Cup to 32, up from 24 at this year’s tournament in France.

Gianni Infantino, the FIFA president, has already promised to double the prize fund for the next tournament having initially raised overall contributions from $15 million to $50 million in time for this year’s competition.

The money will come from the organisation’s vast cash reserves of more than $2.7 billion. “We don’t need all this money in the Swiss banks, they have enough money,” said Infantino in July.

In addition, FIFA are also exploring the possibility of creating a women’s World League — along the lines of UEFA’s Nations League — as well as a Club World Cup for women.

A decision on the creation of these tournaments will be made in March next year.

Thursday’s meeting will also see FIFA appoint a host for the 2021 men’s Club World Cup, which will feature 24 teams for the first time. 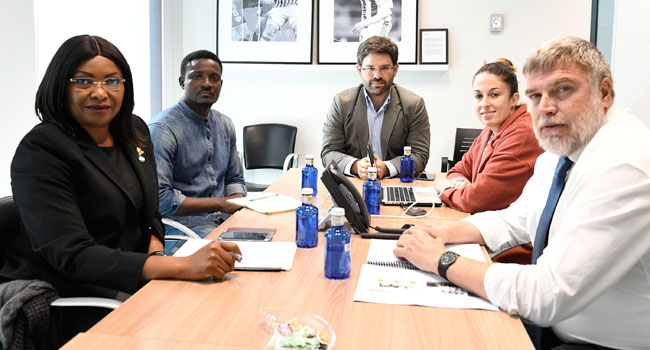 Officials LaLiga and the Nigerian Women Football League (NWFL) have met at a preliminary meeting with the aim of initiating collaboration between both entities.
The meeting, which took place at the LaLiga headquarters in Madrid, was attended by the Head of LaLiga women’s football, Pedro Malabia, and the President of the NWFL, Aisha Falode, commercial and corporate strategy director of the NWFL, Timothy Timisire, and the Director of the LaLiga office in Nigeria, Javier del Rio,
The major objective of the meeting was to gain a better understanding of how LaLiga is developing women’s football in Spain, as well as to learn about the development and future of the women’s competition in Nigeria. Points on the agenda included the discussion of aspects related to initiatives targeted at raising visibility, marketing strategies and economic growth targets.
Delegates from the African competition also expressed a special interest in understanding the structures of the Liga Iberdrola clubs, for which Pablo Mantilla, director of the Valencia Foundation, and Marina Gassent, coordinator of the women’s section of Valencia CF were also present in the meeting.
The agreement, signed in February, outlines the intention of promoting women’s football in both countries through the exchange of marketing intelligence and strategies and the implementation of actions devised to boost visibility and awareness.
Another objective is to incentivise women’s access to sports management, as well as drive greater cooperation in the development and implementation of corporate social responsibility actions that promote gender equality and the integration of women not only in football but also in other sports.
The signing of this agreement reflects both institutions’ commitment to maintaining the sustainable development and growth of women’s football both in Spain and in Nigeria. 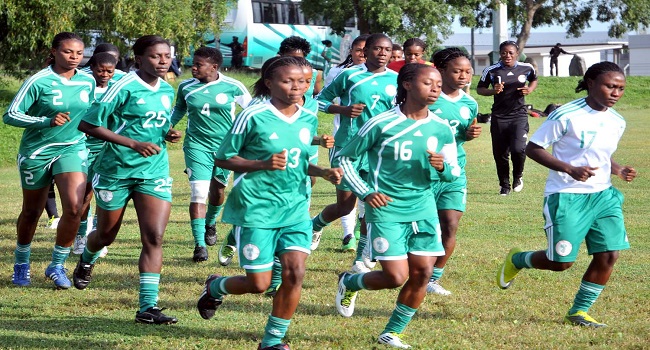 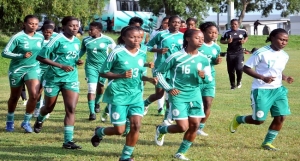 The Super Falcons of Nigeria could face hosts Congo or defending champions, Ghana in the group phase of the women’s football event at the All Africa Games in Congo Brazzaville.

The six other teams that include Nigeria, Burkina Faso, Egypt, Senegal, Sudan and Zimbabwe will be put in the same pot.

The first to be picked goes to Group A and the ensuing in Group B.

A ball will be picked from either Pot 2 or 3 to determine the positions of each team until the groups are decided.

Nigeria’s U-17 women’s football team, the Flamengoes, have been drawn in group D for the 2014 FIFA World Cup in Costa Rica.

The Flamengoes will play Colombia in their opening game, go against China in the second encounter and tackle Mexico in the final group game.

The U-17 Women’s national team qualified for the world cup finals following the withdrawal of South Sudan.

South Sudan was to host the first leg of the two-legged qualifier against Nigeria between November 1 and 3 2013 but withdrew, making their opponents, Nigeria, the first African team to qualify for the tournament.

At the last edition in Azerbaijan, the Flamengoes made it to the quarter-finals, losing the semi-final place to France in a penalty shoot-out. But it was an experience and exposure for the team, as Halimatu Ayinde finished third top scorer with four goals.

The 2014 2014 FIFA U-17 Women’s World Cup will be the fourth edition of the tournament since its inception as a competition in 2008 and Nigeria, Ghana and Zambia will represent Africa when the event kicks-off on the March 15 next year.