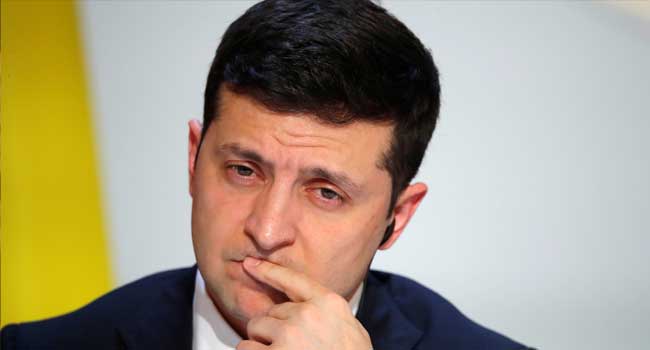 Ukrainian President Volodymyr Zelensky said Monday he tested positive for the novel coronavirus but felt fine as infections surged in the country.

“Despite all quarantine measures, I also had a positive test,” Zelensky said on Facebook.

The 42-year-old leader said that his temperature was 37.5C but that he felt “good”. He will self-isolate and continue to perform his duties, he added.

“Most people overcome Covid-19. And I will get through this too,” he said.

The head of Zelensky’s office Andriy Yermak also said that he had contracted the coronavirus.

In June, Zelensky’s wife Olena Zelenska was hospitalised after contracting the virus but has recovered.

Officials have repeatedly criticised the general public for ignoring social distancing rules and other anti-virus restrictions, threatening to reintroduce a lockdown that was lifted in June.

In a bid to halt the spread of the virus, the country is considering whether to introduce a partial lockdown on weekends, with only essential businesses such as grocery stores allowed to remain open.

Since the start of the pandemic Ukrainian officials have reported more than 469,000 coronavirus cases and 8,565 deaths across the country.

Zelensky is latest in a long line of world leaders to contract the virus, including US President Donald Trump, British Prime Minister Boris Johnson and President Andrzej Duda of Ukraine’s neighbour Poland. 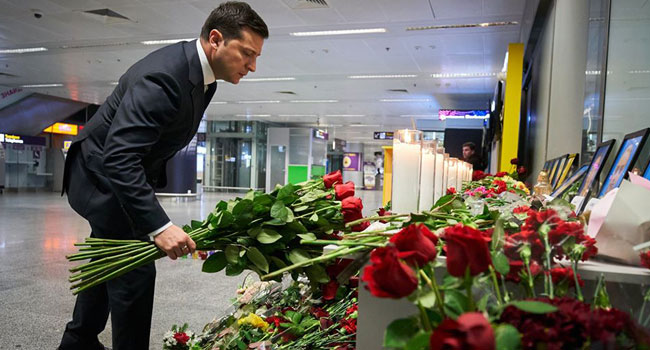 President Volodymyr Zelensky demanded Saturday that Iran punish those responsible for the downing of a Ukrainian airliner, pay compensation and apologise.

“We expect Iran… to bring the guilty to the courts,” the Ukrainian leader wrote on Facebook, calling also for the “payment of compensation” and the return of remains.

Tehran admitted Saturday that it accidentally downed the Ukraine International Airlines (UIA) plane, killing all 176 people on board on Wednesday, shortly after launching missiles at bases hosting US forces in Iraq.

“We hope the inquiry will be pursued without deliberate delay and without obstruction,” Zelensky added

He urged “total access” to the full inquiry for 45 Ukrainian experts, and in a tweet also sought an “official apology”.

UIA chief Yevhenii Dykhne also posted on Facebook, saying: “We never had any doubt that our crew and our plane could be the cause of this terrible catastrophe. They were the best.”

Ukraine said Friday its experts dispatched to Iran had been granted access to the flight’s black boxes, debris from the plane, the crash site and to recordings of conversations between the pilot and the airport control tower.

Iran’s official IRNA news agency published a statement from the military saying the Boeing 737 was mistaken for a “hostile plane” at a time when threats were at the highest level.

Tehran has invited the United States, Ukraine, Canada and others to join the crash investigation.

The majority of passengers on UIA Flight PS752 from Tehran to Kiev were Iranian-Canadian dual nationals but also included Ukrainians, Afghans, Britons and Swedes

Many in Kiev have compared the crash to the 2014 downing of Malaysian Airlines MH17 killing 298 people over eastern Ukraine where pro-Russian separatists are fighting government forces.

Moscow has denied the findings of international investigators that a Russian BUK misile hit the Malaysian flight.

“Tehran has admitted its guilt in three days while Russia continues to try to get out of it.” 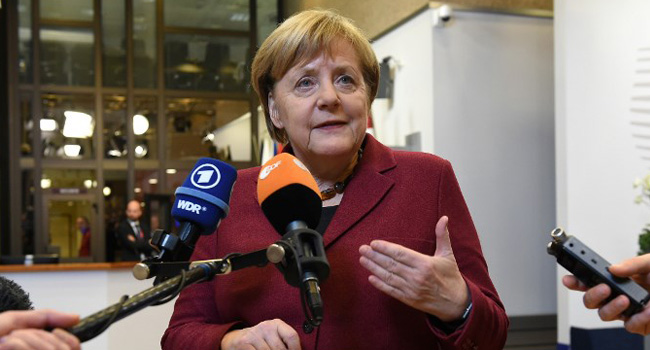 “I congratulate you on your election,” Merkel said.

“The stabilisation of Ukraine and a peaceful conflict resolution are as close to my heart as the implementation of central reforms of the judiciary, decentralisation and the fight against corruption,” her statement said.

“The Federal government will continue to actively assist Ukraine in its right to sovereignty and territorial integrity in the future.”

Germany has been a key broker in the conflict between Kiev and Russia-backed separatists in eastern Ukraine since Moscow annexed the Crimean peninsula in 2014, negotiating with France the now moribund Minsk peace accords.

The war in eastern Ukraine between government forces and rebels backed by Moscow has claimed some 13,000 lives and rumbles on despite a series of periodic truce deals.

The EU also has sanctions in force against Russia over its 2014 annexation of Crimea from Ukraine.

Germany’s Foreign Minister Heiko Maas praised Poroshenko for his “great contribution to his country over the last five years” and echoed Merkel’s offer of support to Zelensky.

“Volodymyr Zelensky became known during the election campaign for further reforms and the fight against corruption,” said Maas in a statement.

“Germany will continue to stand at the side of Ukraine and offer support on this path.”