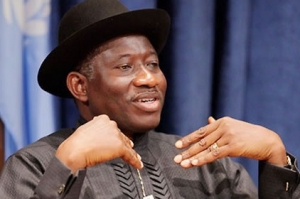 The Act, among other highlights, provides stiffer penalties that would serve as deterrent against mismanagement or diversion of pension funds’ assets under any guise.

With the new law, operators who mismanage pension funds would be liable on conviction to not less than ten years imprisonment or fine of an amount equal to three times the amount so misappropriated, or diverted, or both imprisonment and fine.

The law also empowers PENCOM to institute criminal proceedings against employers who persistently fail to deduct and or remit pension contributions of their employees within the stipulated time.

This was not provided for by the old 2004 Act, which only allowed PENCOM to revoke the licence of erring operators.

The signing ceremony, which took place  in the office of the President, was witnessed by Vice President Namadi Sambo, the Attorney-General of the Federation, Mohammed Bello Adoke and the Chairman of the People’s Democratic Party (PDP), Adamu Muazu.