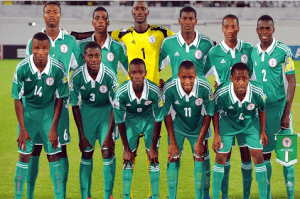 Skipper, Musa Muhammed of Besiktas in Turkey, and Taiwo Awoniyi of Kalmar FF, Sweden, are the only overseas-based players, as the Flying Eagles would be without several of their foreign-based stars as a result of club commitments.

The Flying Eagles play Lesotho on August 16 in Kaduna for a place in the final of the 2015 AYC in Senegal in March.

‘Now Is The Time’ To Act Against Racism – Raheem Sterling