Anti-Drug Agency Intercepts Over 3,000kg Of Cannabis In Ondo 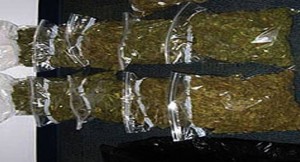 Officers of the National Drug Law Enforcement Agency (NDLEA) in Ondo State have intercepted a vehicle conveying over 3,000 kilogrammes of cannabis sativa, otherwise known as Indian hemp along Akure-Owo Highway.

The State Commander of the Agency, Mohammed Sokoto, hinted reporters on Wednesday of the seizure in Akure, the state’s capital while parading the driver and the illicit substance.

Mr Sokoto said the substance was neatly concealed in 298 bags in a Mercedes Benz truck.

He added that the arrest was made possible through an intelligent report received by the command.

The NDLEA boss appealed to residents of Ondo State to be vigilant and report to the agency individuals suspected to be Indian hemp cultivators and drug barons.

Paraded with the seizure was the apprehended suspect who drove the vehicle, Usman Bello.‎

He claimed to be innocent.

Mr Bello told reporters in Yoruba Language that he was called upon to drive the vehicle by his friend who was the original driver but was sick.

Bello insisted that he didn’t know the vehicle contained the illicit drug.

Gunmen Kill 13 Family Members, One Other In Kogi