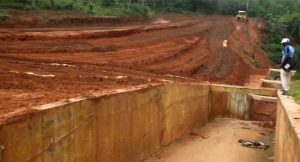 The people of Umueze Eziala Obizi autonomous community in Ezinihitte Mbaise Local Government Area of Imo state are excited about the gully erosion control and site rehabilitation project by the World Bank and Nigeria Erosion and Watershed Management Project (NEWMAP).

This is because they will in no distant time heave a sigh of relieve as gully erosion, which used to displace many lives and properties in the community will soon become a thing of the past.

The cheering news was shared at a town hall meeting organized by NEWMAP in the community to create a rapport between the World Bank project team and the indigenes of the area to ascertain the level of work done on the Obizi gully erosion site.

The meeting was to also educate the people on further precautionary measures to be taken to prevent further occurrence of gully erosion while urging them to also cooperate with the contractors handling the project.

Before the intervention of the World Bank through the Nigeria Watershed Erosion Management Project (NEWMAP), the dangerous Umueze Eziala Obizi gully erosion site had claimed many lives and property.

The traditional ruler of the community, Stephen Azubuihe commended the
NEWMAP team for the progress made so far on the rehabilitation works.

He acknowledged the role expected of 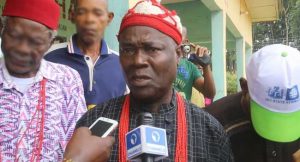 the community in ensuring the success of the project and promised that residents would cooperate with the World Bank to see the project through.

Some of the indigenes of the community whose properties and farmlands were affected by the gully erosion also commended the World Bank.

One of them is the chairman of the farmers’ cooperative in Obizi autonomous community, Justus Uha, who noted that the quick financial intervention and compensation has enabled them to start life over again.

The Urualla erosion site in Ideato North and Umuezelibe Isu erosion site in Njaba local government areas are also under the rehabilitation watch of the NEWMAP team. They have also promised to complete work in these sites in no distant time.

Beware Of Relaxing Restrictions, Ensure No Gathering Of Over 20 Persons – SGF