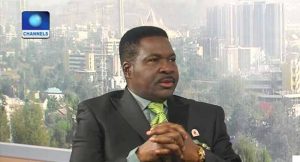 Legal Practitioner, Mike Ozekhome (SAN), has said that the fight against corruption is something that must be done strategically and in such a way that the image of the country is not being hurt.

He said this while speaking on the recent cash haul in Nigeria by the Economic and Financial Crimes Commission (EFCC), adding that “it makes too much of headlines and makes Nigeria look like a country of corruption.

Reduced To A Trafalgar Square

According to him, such hauls are eventually turning Nigeria into a subject of ridicule and a laughable show for the rest of the world.

“In fighting corruption, you must do it strategically, in such a way that you do not hurt the image of your country. When you begin to make hauls of money, a lot of these monies, orphaned from septic tanks, from canals, from ware houses, from shops from houses, abandoned, even as in the Osborne case, from flat 7A, in a seven-storey building, where you also have 7B and suddenly, 7A had about 43 million dollars, 23 million Naira and 27 thousand pounds, yet no one owns it; with the key to one of the safes showing clearly; it begins to make us a laughing stock – It becomes ludicrous.

“We are beginning to reduce the entire anti-corruption fight to one of a Trafalgar Square in London or one of a national theatre cinema or one of Hollywood, Nollywood and Bollywood, joined together – That is not how to fight corruption,” the lawyer asserted.

He made references to the United States, noting that in their fight against corruption, investigations are done secretly and thoroughly until facts are unraveled.

“The equivalent arms in the United States of America from where we borrowed our democracy, the Financial Action Tax Force, the CIA, the FBIA, the FBI; when they are fighting corruption, you hardly hear anything about it – They first investigate very thoroughly, they get the people, they carry out quiet sting operations.

He also made reference to a phone conversation he had with some foreign friends whom according to him, had asked: “Is your country all about corruption and nothing else, are you people so corrupt that there is nothing else in governance?”.

Mr Ozekhome who has faulted some of the methods through which corruption is being fought, however noted that he is against corruption and does not believe in it because according to him, it “downgrades a country’s existentialism.”

EFCC Is ‘Persecuting’ Adoke, Keeping Him In ‘Horrific Detention’ – Ozekhome