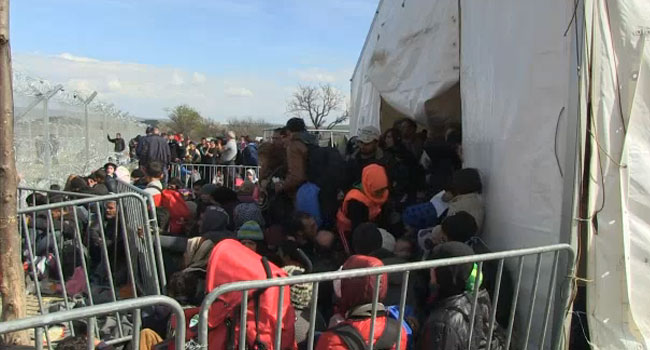 Authorities in Niger, a major transit country for Africans seeking to reach the EU, say they have rescued over 100 migrants in the past week, abandoned by traffickers in the Sahara desert as they tried to cross into neighbouring Libya.

The impoverished West African country is a way station for migrants heading to Europe and some experts believe that more African migrants die in the Sahara than at sea.

The International Organisation for Migration (IOM) in Niger said an increasing number of migrants are taking new routes to Europe as Niger increases security at traditional transit points.

“We think that migrants have been exploring a new strategy, using alternative routes, not far from the traditional routes. Because they have to pass somewhere where they can access water, they have to stop somewhere in the desert. We think that the strategy is, for example, leave at night instead of during daytime or very early in the morning, so there have been increased efforts to bypass the army or police but unfortunately, it comes at a greater risk as a result,” said Giuseppe Loprete, IOM head of mission in Niger.

Hundreds of thousands of African migrants have risked their lives to reach Europe in recent years. Drawn by the continent’s famed wealth, they flee violence, oppression or poverty only to discover that life in Europe is often grimmer than they had imagined.

A growing number of African migrants passing through Libya have also reported being traded in what they call slave markets before being held for ransom, forced labour or sexual exploitation, according to IOM.

Along the way, they are prey to an array of armed groups and smuggling networks that often try to extort extra money in exchange for allowing migrants to continue.

The Global Initiative against Transnational Organized Crime estimates that migrant smuggling is worth up to $323 million a year in Libya.

Migrants are often obliged to pay not only the smugglers but also bribes to security officials along the route.

Many of those at this IOM transit centre in Niger’s capital, Niamey say they have opted to go back home after coming face to face with the hardships of Libya’s deteriorating economy and political turmoil.

“I wouldn’t even wish this journey on my worst enemy, because it’s a complete waste because it has now turned into human trafficking. You pay drivers to take you, but they sell you to traffickers, who then put you in jail,” said 22-year-old migrant from Guinea, who spent a year and a half in Libya.

“I spent a lot. People think that taking these illegal trips is cheaper, but it’s more expensive and very risky. It’s too expensive. Many people died in the truck I was travelling on. We saw it all,” added Jean Tikum, a 26-year-old philosophy graduate from Cameroon.

European countries have promised Niger tens of millions of dollars to combat people smuggling and the IOM said in April that the number of migrants crossing Niger to reach Libya has declined since last year, largely due to a government crackdown.

But some experts are sceptical, saying it could be attributed to migrants taking alternative routes.

“The government has played its role, which is going to its partners in order to facilitate the voluntary repatriation of the migrants back to their countries. But at the same time, the government has decided that it will no longer tolerate impunity, you cannot profit from the sale of human beings by exposing them to danger, by abandoning them in the desert and then come and live off money made out of illegal trafficking. The government has said no to that,” said the director of the National Agency against Human and Migrants Trafficking, Goge Maïmouna Gazibo.

Despite the dangers of trying to reach Europe, many continue to take the risk.

More than 40 migrants died of thirst in northern Niger this month after their truck broke down.