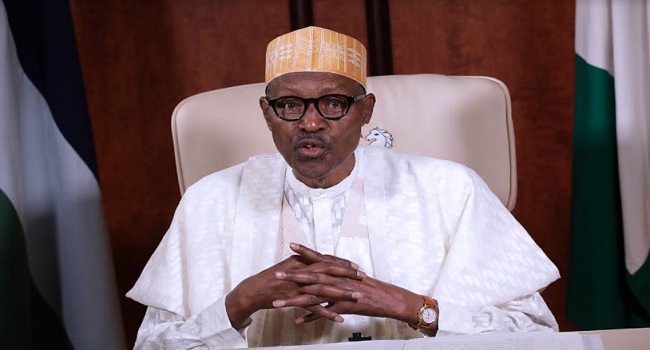 As Nigerians celebrate 57th Independence today, President Muhammadu Buhari kick-started the activities to mark the celebration with a nationwide broadcast addressing various issues including calls for restructuring, agitations in the country, security, economy among other issues.

Here are some of the important quotes from the President’s address.

“Over the years the country has gone through trials and tribulations, but October 1st is always a day for celebrations. It is a day for thanksgiving, reflection and re-dedication.”

“Recent calls on re-structuring, quite proper in a legitimate debate, has let in highly irresponsible groups to call for the dismemberment of the country. We cannot and we will not allow such advocacy.”

3. For some of those who witnessed the civil war:

I am very disappointed that responsible leaders of these communities do not warn their hot-headed youths what the country went through. Those who were there should tell those who were not there, the consequences of such folly.

On security, Nigerians must be grateful to our gallant Armed Forces for rolling back the frontiers of Boko Haram’s terrorism, defeating them and reducing them to cowardly attacks on soft and vulnerable targets.

5.The Chibok Girls still in captivity:

“Government is working round the clock to ensure release of the remaining Chibok girls, as well as other persons in Boko Haram captivity.”

“The country has recorded seven consecutive months of lower inflation, Naira rate is beginning to stabilise, appreciating from N525 per $1 in February this year to N360 today. Broad-based economic growth is leading us out of recession.”

“Power remains a huge problem. As of September 12th, production of power reached an all-time high of 7,001 Megawatts. Government is increasing its investment, clearing up the operational and financial log jam bedevilling the industry. We hope to reach 10,000 Megawatts by 2020”.

“In order to stabilise the polity, the Federal Government gave additional support to states in the form of State Excess Crude Account loans, Budget Support Facility, Stabilisation Fund. This was done to enable states to pay outstanding salaries, pensions and small business suppliers who had been all but crippled over the years.”

“I call on all Nigerians to combat corruption at every turn. By not asking for and refusing to accept a bribe, by reporting unethical practices or by blowing a whistle, together we can beat corruption. The government for its part will work for accountability at all levels – Federal, State and Local Governments. CHANGE will then be real.”

10. What Nigerians should expect:

“As we enter the second half of our term of office, we intend to accelerate progress and intensify our resolve to fix the country’s challenges and problems.”