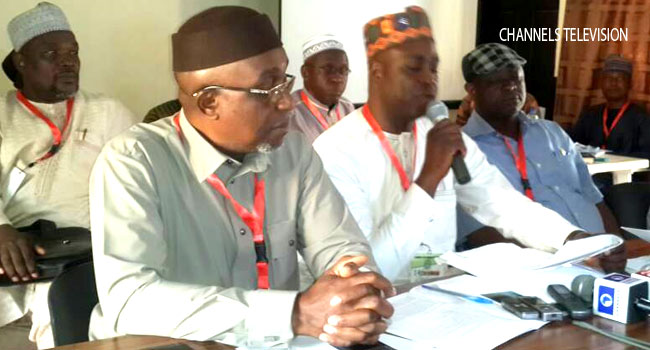 The Academic Staff Union of Polytechnics (ASUP) has suspended its nationwide strike 15 days after the industrial action began.

He said the decision to suspend the strike followed the series of meetings held between the leadership of the union and the Federal Government.

According to him, both parties agreed to a Memorandum of Settlement and Action (MoS) on each of the issues raised by the union.

“The union considered the suspension to give an opportunity for implementation of the content of Memorandum of Settlement and Action, and shall be reviewed according to the timelines outlined in the MoS,” Duste said.

The decision to commence an indefinite strike was the outcome of the National Executive Council meeting of ASUP which held on November 11 at the Kaduna Polytechnic, Kaduna State.

According to the union, the industrial action followed the failure of the Federal Government to implement all the agreements it entered with them since 2016.

Some of the demands included non-implementation of the NEEDS Assessment Report and shortfalls in personnel releases and withdrawal of allowances.

Others were non-passage of the amended bill of the Polytechnic Act, alleged infractions in the appointment of rectors, as well as improving the conditions of state-owned institutions among other issues.

The union had lamented that despite the long period given to the government to address some of the issues it had raised, government did not consider it necessary to address the demands for improved funding of polytechnic education in the country.

Dutse had also told reporters after the Council meeting that ASUP had given government sufficient time to implement all the agreements, saying they had no choice than to embark on an indefinite strike after the expiration of the 21-day ultimatum issued earlier.

“This clearly shows the level of disdain and disrespect with which the issues of the sector are being handled by the relevant agencies. In view of the above, our union resolved in its emergency meeting of NEC on October 31, 2017 to commence an indefinite and comprehensive strike effective from November 13, 2017,” he had said.