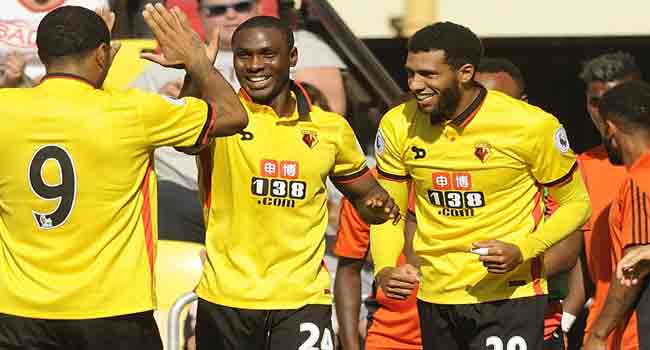 Prolific Nigerian striker Odion Ighalo will not be leaving Changchun Yatai and reports linking him with a return to the Premier League are “fake news”, the Chinese club says.

The forward was a regular goal scorer in the first half of his spell at English side Watford before moving to the Chinese Super League (CSL) with Changchun a year ago for a reported 20.9 million pounds ($29 million).

The 28-year-old went on to hit 15 goals in 27 CSL games, sparking speculation in European media that he could return to England’s top flight, with West Brom reportedly among those interested in him.

But Changchun chairman Liu Yuming has angrily quashed those claims, saying in quotes published on the club’s website: “I’m here to offer a piece of advice to whoever has bad intentions toward Yatai — we will take legal action when it is necessary and we will pursue their legal responsibilities for making up fake news.”

“We have excellent forwards such as Ighalo, is there any need to bring in another forward? Even if we do get someone in, it will be a midfielder,” Liu added, also denying that the CSL club are in for CSKA Sofia’s Brazilian striker Fernando Karanga.

“We don’t even know his name, let alone be interested,” said Liu.

BREAKING: Arsenal Knocked Out Of Europa League By Olympiakos