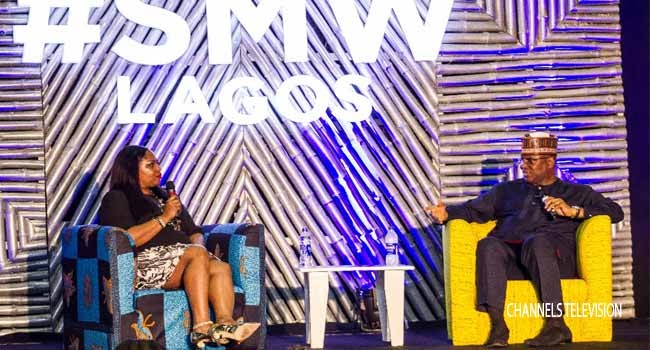 The beehive of activities for the sixth edition of Social Media Week Lagos kicked off on Monday, February 26 with various interactive sessions, speeches, workshops, master classes, presentations and networking.

One of the interactive sessions was a conversation with the Chairman and CEO of Channels Media group, John Momoh (OON), where social media enthusiast had the opportunity to ask questions bordering on use of social media in Nigeria media.

The veteran broadcaster and media entrepreneur during the session which was titled Future of Media: A Conversation with John Momoh went down memorable lane digging out lessons learnt on his career journey.

Explaining how he started out as a presenter in 1977, he revealed how he worked as a radio presenter for five years, to later work in Television Station. As a young broadcaster, John Momoh was not only hard working; he was restless and curious making him garner a wealth of experience in different departments.

“After five years, I crossed to Television. I joined National Television Authority of Africa (NTA). I was reporting, directing, editing and even worked in engineering,” he said.

The interactive session with the media mogul was not only about learning from his life experience. Mr Momoh also seized the opportunity to talk to the attendants on digital disruption and leveraging on artificial intelligence.

“The biggest disruption to media landscape is that now, you have to go after the consumers. To ensure they get what they want. We have to cast our contents on all mobile devices. Because the world is changing, you cannot do things same way,” he said. 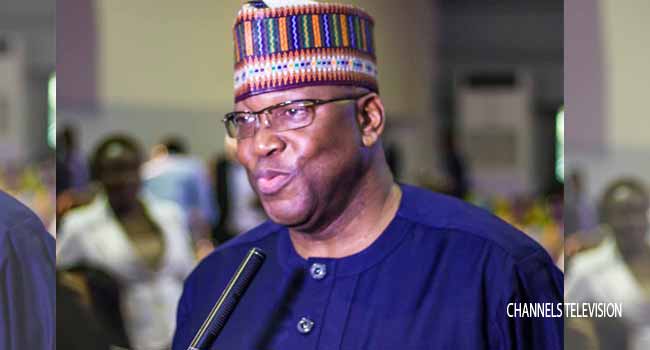 On how to avoid the spread of fake news, Mr Momoh said the responsibility is on the great number of people who mean well for Nigeria media space, adding that consumers should lookout for trustworthy media outlet.

“Fake news is not news. The onus is on the great number of people who mean well. Lookout for brands you can trust. Networks built on trust.”

“Artificial intelligence is to improve our work and not to add to the problem of unemployment,” he said.

SMW Lagos is scheduled to hold from February 26 till March 2, 2018. It focuses on ideas, trends, insights, business practices and policy that leverage technology and digital tools to transform industries and communities across Africa.

Euro-Knowledge Awards: Momoh, Barkindo, Others To Be Honoured In London