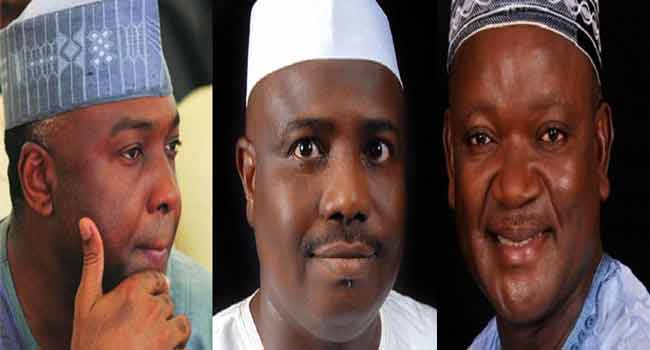 The Peoples Democratic Party (PDP) has assigned its first task to the Senate President, Dr Bukola Saraki, as well as the governors of Sokoto and Benue states, Aminu Tambuwal and Samuel Ortom.

Saraki was appointed by the PDP to chair its National Campaign Council for the governorship election in Osun State while Tambuwal and Ortom are members of the council.

The PDP National Organising Secretary, Colonel Autin Akobundu (rtd), revealed this in a statement on Saturday.

The council, which also has other PDP governors and Deputy Senate President Ike Ekweremadu as members, will be inaugurated by the party’s leadership on Monday in the nation’s capital.

“The National Working Committee (NWC) of our great party, the Peoples Democratic Party (PDP), has approved the composition of the National Campaign Council for the September 22, 2018, Osun State Governorship Election.

“The Campaign Council will be inaugurated on Monday, September 3, 2018, by 2pm at the Legacy House, Abuja,” the party said in a statement.

Governor Ortom and Senator Saraki defected from the APC to the PDP in July while Governor Tambuwal joined the opposition party in early August.

Meanwhile, the PDD has also appointed Dr Eddy Olafeso as the secretary of the Council.

Other members of the Council are former Vice President Atiku Abubakar, and former President of the Senate, Senator David Mark.

Also included are former PDP Caretaker Committee Chairman, Senator Ahmed Makarfi and a chieftain of the party, Olabode Gorge, among others.

PDP’s Senator Ademola Adeleke and Mr Gboyega Oyetola of the All Progressives Congress (APC) will contend with the candidates of other political parties in the coming election for Governor Rauf Aregbesola’s successor. 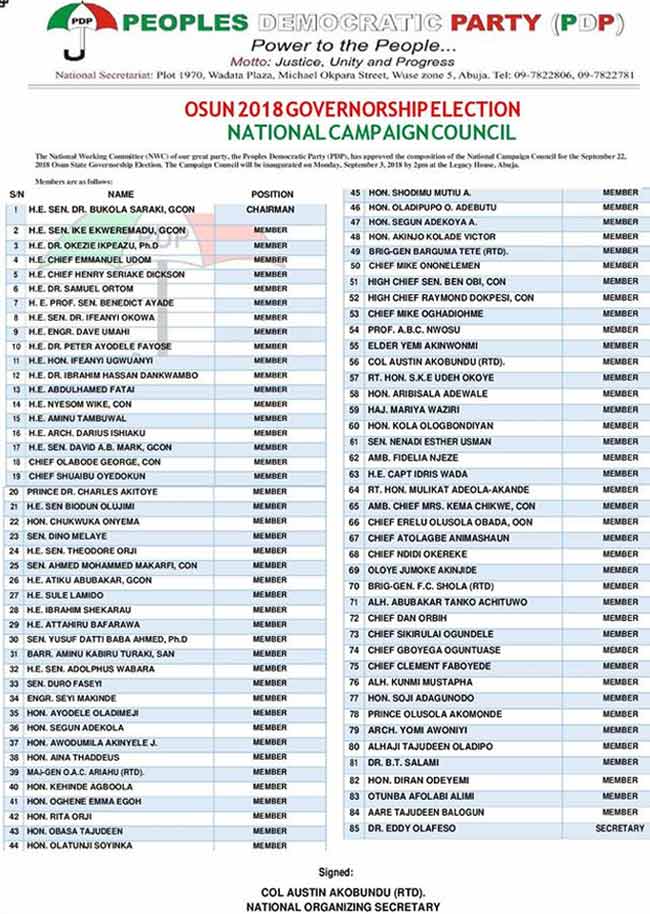 Reps Issue Arrest Warrant After NDDC Boss, Others Walked Out Of Investigative Hearing