The People’s Democratic Party (PDP) in Nigeria has called on the Inspector General of Police to investigate the alleged attacks and brutalisation of widows in Imo State, by officials of the Imo State Government.

The Director of Media and Publicity of the People’s Democratic Party Presidential Campaign Organisation, Mr Femi Fani-Kayode criticised the alleged attack while addressing a news conference in Abuja.

Femi noted that the women were on a peaceful protest to pray for the womenfolk in the state against sudden widowhood.

He, therefore, called on the Inspector General of Police, to arrest and prosecute all persons involved in the attacks and brutalisation of the widows.

The PDP request is coming after a clash between some purported members of the PDP and All Progressives Congress, when some widows were on a protest to the Imo State Government House, to condemn the alleged and unwarranted media attacks by the State government on the person of their matron, Professor Viola Onwuliri, the Minister of State for Education.

Eyewitness said that the clash occurred early in the morning, when some aggrieved widows, all dressed in black attires from different Local Government Areas of the state, alleged to be supporters of PDP stalwart and the Minister of State for Education, Professor Viola Onwuliri, marched towards the government house with coffin.

Meanwhile, the Imo State Governor, Rochas Okorocha while calling for peace, condemned the act by Professor Onwuliri, for instigating such action against the State Government.

He called on President Goodluck Jonathan to call his ministers and PDP leaders in the state to order, so as to prevent any further chaos and political violence in the state.

However, Mr Fani-Kayode has called on the Imo State Government to apologise to the women, stressing that the Peoples Democratic Party would resist anti-women sentiments and all forms of brutality against women. 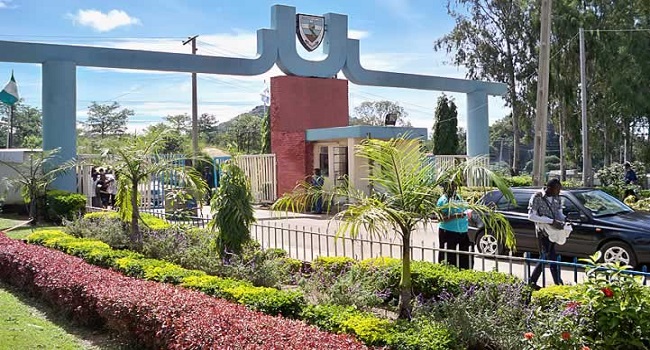 The University of Jos, Plateau State, North-central region of Nigeria, has resumed its academic activities with the commencement of the second semester examinations.

Academic activities were disrupted by students’ demonstration late in 2014 and this resulted in the closure of the institution.

They had protested over increment in developmental charges. The protests became violent leading to destruction of lecture halls, administrative offices as well as hostel facilities.

Respite, however, came for the University of Jos students after two months of staying at home.

According to the resumption guidelines released by the School Registrar, Jili Dandam, all returning students must pay the sum of 6,000 naira each, as surcharges to cover cost of damages.

The students would as well sign an undertaking under oath, to be of good behaviour during their remaining period in the school.

The intervention of the leadership of the National Association of Nigerian Students (NANS) and other concerned citizens resulted in the re-opening of the school as well as lifting of the suspension on the Students’ Union Government. 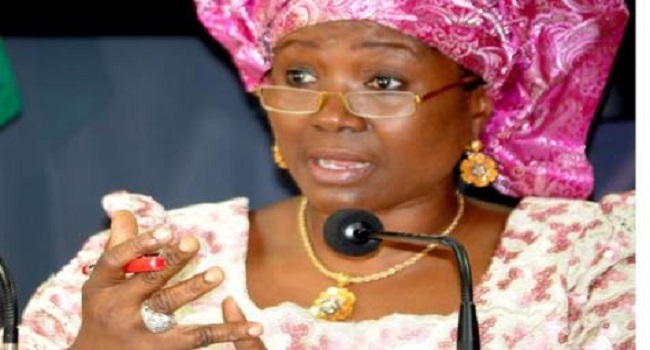 The Minister of State for Education, Prof. Viola Onwuliri has debunked allegations by the Imo State government that she sponsored and mobilised widows from within and outside state to protest at the government house against Governor Rochas Okorocha.

Prof. Onwuliri on arrival from Abuja, said in an interview at the Sam Mbakwe airport in Owerri, the Imo State capital, that the widows were only on a peaceful protest to exercise their rights and air their grievances as citizens who do not like the manner in which the government handles issues affecting them.

She said the action by the State government was totally unacceptable, describing it as an attempt to intimidate poor widows who were neither members of PDP or APC, adding that the State government should desist from peddling unfounded rumours and stop pointing accusing fingers.

It could be recalled that last week, the state was thrown into pandemonium following a clash between some purported members of the PDP and APC when some widows were on a protest to the Imo State government house, to condemn the alleged and unwarranted media attacks by the State government on the person of their matron, Prof. Viola Onwuliri, the Minister of State for Education.

Eyewitness said that the clash occurred early in the morning, when some aggrieved widows, all dressed in black attires from different Local Government Areas of the state, alleged to be supporters of PDP stalwart and the Minister of State for Education, Professor Viola Onwuliri, marched towards the government house with coffin.

However supporters of Governor Rochas Okorocha, who were not pleased with the whole scenario attempted to prevent the widows’ entrance into the government house, which eventually led into a free for all.

However, while speaking to Channels Television, the Deputy Commissioner of Police in charge of operations in Imo State, Mohammad Kura, expressed disappointment over the incident which he said is capable of destabilizing the existing peace in the state.

He said hence, any protest or rally by any political party or group should get the permission of the police. he warned all politicians to play by the rules in this delicate period. 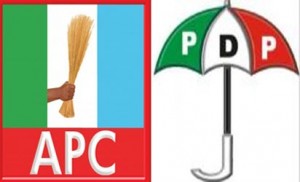 The Yobe State chapter of the All Progressive Congress (APC) has alleged that the People’s Democratic Party (PDP) is planning for a shift in the conduct of the general election in four north-east states of the country.

A statement issued by secretary of the chapter, Mr Abubakar Bakabe, states that “we are concerned with the phony plan by the PDP for a shift in the conduct of the general elections in Adamawa, Borno, Yobe and Gombe States from the rescheduled March 28th and 11th April, 2015.

According to Bakabe, the plot “is to pave way for the PDP to rig the election and augment their poor performances in other states, through the use of security forces to be massively deployed to the states”.

The statement also condemned the “ill-conceived plan for a serial rape of democracy in Nigeria, by sinking party that foresees ultimate failure in the forthcoming election and is therefore, afraid of facing Nigerians at the polls due to its failure in the last 15 years of leadership”.

It stated further that “We are also concerned with the hidden agenda contained in the heinous plan to intimidate, disenfranchise, and rig the election, reminiscent of what happened in the Ekiti States governorship election last year, through massive deployment of security forces to create an environment for rigging”

The party according to the statement, advises the PDP to refrain from this obnoxious, dangerous and undemocratic stand posing great threat to the democracy in Nigeria.

It reminded security agencies on the need to be highly professional, patriotic and to abide by the international best practices.

It also enjoined the Independent National Electoral Commission (INEC) and other stakeholders not to be distracted by such “devilish, unpatriotic and undemocratic plans aimed at thwarting the smooth transition and successful conduct of the general election in Nigeria come 28th March and 11th April 2015”. 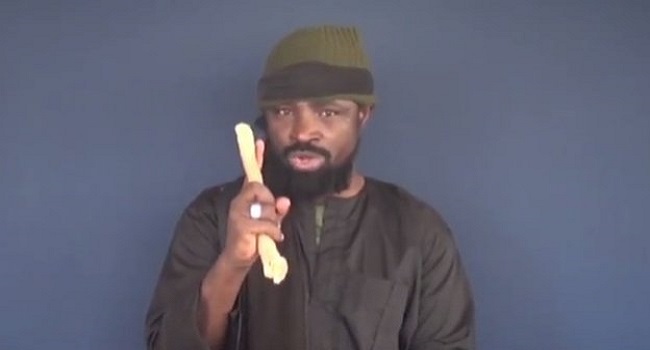 Shekau, in a new video purportedly released by the group on Tuesday, that was obtained by US based SITE Intelligence Group, issued a warning to the Goodluck Jonathan’s government that next month’s elections would be disrupted with violence.

“Allah will not leave you to proceed with these elections even after us, because you are saying that authority is from people to people, which means that people should rule each other, but Allah says that the authority is only to him, only his rule is the one which applies on this land,” he said.

“And finally we say that these elections that you are planning to do, will not happen in peace, even if that costs us our lives,” Shekau added.

In the video message, titled “A message to the leaders of the disbelievers”, the contents of which Al Jazeera has not been able to independently verify, Shekau took aim at the leadership of regional countries who are co-ordinating efforts against the group.

“You are claiming that we don’t know how to fight, but we forced your forces to flee from their bases and we freed our imprisoned brothers from the prisons that you oppressed them in, only praise be to Allah.”

The Independent National Electoral Commission (INEC) had postponed the February 14 election by six weeks after consultations with security chiefs and political stakeholders.

The BBC reports that the 15-minute film was released via the group’s newly created Twitter account, prompting some analysts to question whether they had been influenced by Islamic State. 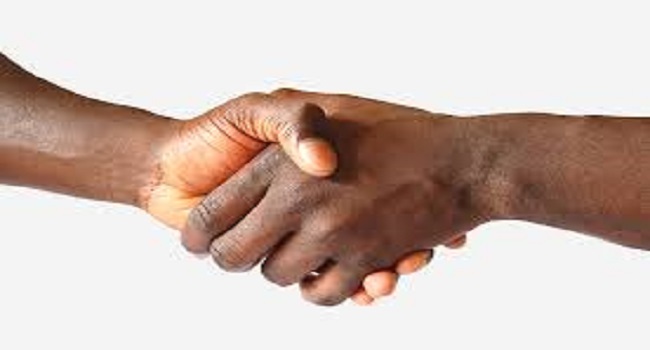 Youths from both Southern and Northern parts of Nigeria have come together to promote and support the non-violent election campaign ahead of the February General Eelections in the Country.

The youths comprising of Northern Ethnic Youth Groups Assembly and the Ijaw Youth Council, gathered in Keffi, Nasarawa State, to raise awareness among Nigerians about the need to shun violence before, during and after the elections.

The President of the Ijaw Youth Council, Udengs Eradiri and Convener of the Northern Ethnic Youth Groups Assembly, Usman Okai, both agreed on the need to avoid inflammatory comments following threat by some Niger Delta Leaders on the election outcome.

Other Youth Groups present at the peace meeting include the Ohaneze Youth Wing, Miyetti Allah, Eggon Youth Movement, Idoma and Hausa Elite Clubs, to endorse a common front of a peaceful post election era for Nigeria.

The presidential candidates of all the political parties in Nigeria had earlier in the year signed an accord to prevent electoral violence before, during and after the February 14 elections.

The signing ceremony took place in Abuja during a sensitisation workshop on non-violence elections.

It had in attendance President Goodluck Jonathan of the People’s Democratic Party (PDP), General Muhammadu Buhari of the All Progressives Congress (APC) and Professor Oluremi Sonaiya of the KOWA Party amongst others.

In his speech at the opening of the workshop, President Jonathan identified what he called ‘threats and provocative statements’ by the leaders of political parties, as some of the reasons the followers take to violence during and after elections and warned that Nigerians,expecially the youth, should shun politics of bitterness.