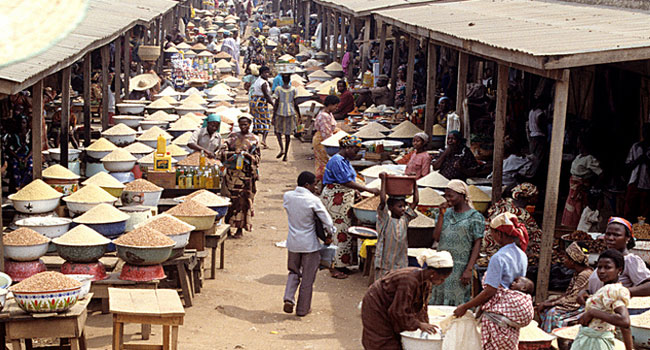 The Oyo State government has ordered the immediate reopening of Bodija market.

The State Commissioner for Information, Culture, and Tourism, Toye Arulogun told journalists over the weekend that this decision was made after due consultations were made with security agencies and relevant stakeholders of the market.

Arulogun said that adequate security measures have been put in place by the government to forestall any crisis and urged people to go about their normal businesses.

The Oyo State Government had earlier shut down the Bodija market after a clash between police officers and butchers in the market on Thursday.

A police station was burnt during the clash with some persons feared killed.

Governor Abiola Ajimobi during a visit to the burnt police station said his administration would not tolerate hooliganism and thuggery. He assured that the perpetrators of the violence will not go unpunished and the state government will rehabilitate the police station.

The governor explained that the state government have not stopped butchers from selling meat at the Bodija market but ordered that there should be no more slaughtering of cows there due to the poor hygienic condition.

“The newly-constructed  Central Abattoir at Amosun village which the butchers have been ordered to relocate to is an ultra-modern facility equipped with the state-of-the-art facility,” the governor added noting that the government will not hesitate to close the market for unhygienic and unsanitary conditions.

The Commissioner urged the people to go about their normal businesses, praying that God will comfort the families of the victims of mayhem and grant them the fortitude to bear the loss. 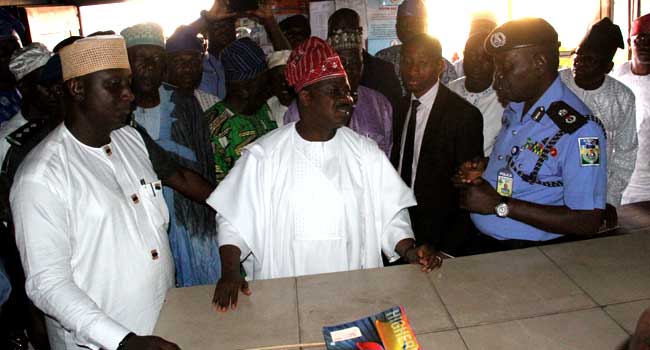 Oyo State Governor Abiola Ajimobi has vowed that the perpetrators of the Bodija Market crisis will be prosecuted and made to rehabilitate the burnt police station.

The Governor affirmed this during his visit to the market, the burnt police station, and the Central Abattoir at Amosun, in company with Mr Abiodun Odude, the Commissioner of Police in the state.

He said that his administration would not tolerate hooliganism and thuggery, noting that government would not fold its hands and allow some dissidents to destroy its seven years labour of restoring peace and safety in the state.

“Let me assure you that the perpetrators of this violence will not go unpunished and they will rehabilitate the police station; people must be allowed to pay for their deeds. We did not destroy anybody’s stall or shop but government’s slaughter slabs. Or is there any crime in destroying what is not useful for the government again? Ajimobi wondered.

“We have not stopped them from selling meat at the Bodija market but no more slaughtering of cows there due to the poor hygienic condition. There was also resistance when butchers were moved from Gege to Bodija, so the resistance is not new but the crisis and violence were unnecessary,” he stated.

Governor Ajimobi condoled with the traders and people at the market and assured them that the government may reopen the market soon after due consultation with the security agencies, as well as the community, market, and local government leaders.

According to him, an enemy of development and progress will condemn the action of the government to relocate the butchers to the central abattoir.

“We are talking about the general health of the people and not just the minute section in the market as every citizen of the state has one or two things to do with the Bodija Market, Ajimobi noted.

“The decision to have a central abattoir for the Ibadan butchers predated my administration and we saw the need to relocate the butchers as well. We started discussing with them since five years ago before we eventually relocated them this year.”

The governor explained that the management of the Central Abattoir comprises the 11 Local Government Areas (LGAs) in Ibadan, the National Butchers Union of Nigeria (NUBN), and the Oyo State Government among others in line with the Public Private Partnership arrangement.

He said that the Central Abattoir at Amosun village is an ultra-modern facility equipped with the state-of-the-art facility, including pipe borne water, animal health centre, and police post among others.

Ajimobi maintained that the health condition of the people remains one of the government priorities, while proper hygiene should practice in an environment where meat is being produced for millions of people.

He recalled that the Bodija Abattoir was closed last year due to the poor hygienic situation of the facility where cow dungs were left unpacked for months.

“The market was closed in 2017 for three days because of the sanitation implications,” the governor said. “There was unhealthy treatment of cattle blood, offensive odours, unhygienic spread of meat, air pollution due to gaseous emission from the cow dung and the government was concerned about the likely epidemic disease from flies spread.”

Responding, the leader of all the traders at the market, Mr Sumaila Jimoh (Babaloja of Bodjia), appreciated the governor for the swift action in quenching the crisis.

He, however, appealed to Ajimobi to temper justice with mercy and reopen the market as soon as possible.

Jimoh admitted that while the Bodija market people are peace loving, some butchers are always fomenting trouble even with the traders at the market.

The Oyo State Government has announced a shut down of the Bodija market in Ibadan after a clash between police officers and butchers in the market on Thursday.

The announcement of market closure was made on the verified twitter handle of the Oyo State Government @oyostategovt noting that it was shut after gunshots were heard in the market.

“The Oyo State Government has shut down Bodija market for security reasons. This is an aftermath of the sporadic shooting which occurred earlier today in the market and its environs.

“The Aare Laatosa LCDA chairman, Adekunle Oladeji said the closure is to prevent the loss of lives and property of the citizenry. It is also to guard against the escalation of the violence in the market to other parts of the state,” the tweet read.

The clash follows earlier instruction by the Oyo State Government to the butchers to relocate to the new newly constructed abattoir located at Amosun village, Akinyele Local Government area of Ibadan.

The report of the clash, has however, created panic among Ibadan residents as many has taken to social media to warn others to steer clear of Bodija market and its environs to avoid being a victim of the clash.

The governor during a stakeholders’ meeting held at the House of Chiefs, Secretariat said the butchers must relocate, latest by the end of April adding that the new abattoir has state-of-the-art facilities that would promote the hygiene of meat consumers. 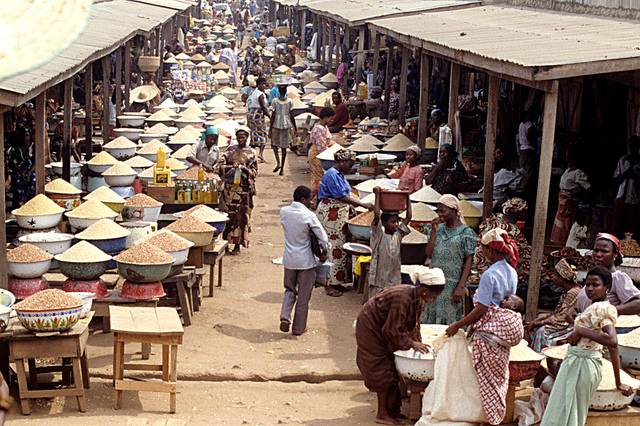 One person was shot dead while an Inspector with the Nigerian Police Force was reportedly stabbed, severally on the head in a clash at the famous Bodija market in Ibadan, the Oyo state capital.

The clash which has left the market deserted, had the market police station, a number of stores and at least 10 cars destroyed set ablaze.

The Commissioner of Police in Oyo state police, Mr Tambari Mohammed, who confirmed the incident, said five people including the man who led the arson have been arrested.

According to the Commissioner, the incident started on Thursday night when two members of the Hausa community engaged in a scuffle over a woman, adding that  one of them was stabbed in the scuffle. “The suspect was said to have ran away while on Thursday morning he was arrested.”

The commissioner said some members of the community, who were armed with dangerous weapons and charms, came to the station on Friday morning and insisted that the suspect should be released to them.

He said that their request was turned down by the policemen on duty, who suggested that the suspect be left for interrogation.

“It was at point that one of the Hausa men brought out his sword to stab one of the policemen in the hand.

“The second policeman on duty, in self defence, shot and killed one of them.

“This action was said to have drawn the ire of members of the Hausa community in the area as they attacked the policemen and burnt the police station and set some of the shops ablaze,” Muhammed said.

Meanwhile, the Oyo state government has closed down the Bodija market till further notice.