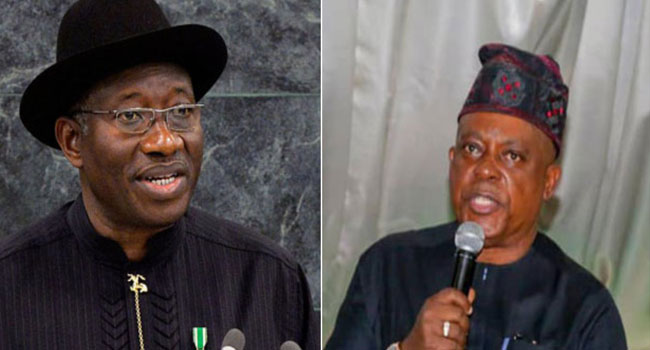 National Chairman of the Peoples Democratic Party (PDP),  Prince Uche Secondus has said that former President Goodluck Jonathan and other chieftains of the party are free to vie for the presidential ticket in the 2023 general election.

Secondus made the remarks while addressing journalists at an interactive session with newsmen in Abuja on Thursday.

He said the PDP is preparing to reclaim power in the next general elections, adding that the final decision on who gets the party’s presidential ticket in 2023 would be guided by the report of a committee set up by the leadership of the PDP and which work is still pending.

“I stand by my position that Gov. Bala (Mohammed) led committee is still working. They are coming out with a report on why we lost and by the time they finish, we will take decisions and the decision is not for the National Working Committee but for the entirety of our party.

“And I believe that whoever that is interested in 2023 (presidential ticket), maybe including the former President, the chances are there because the PDP is a party of all.

“Everybody will have that opportunity but in clear terms, we have not taken any decision to give anybody a ticket for now,” Secondus stated. He, however, described discussions on the 2023 elections as premature, saying that the state of the nation today is such that politics or anything concerning 2023, which is three years away, should take the backstage.

Reacting to the recent defection of some prominent PDP chieftains, including a governor and a senator to the All Progressives Congress (APC), Secondus said the victory of the APC in that regard will be short-lived.

Secondus asked the APC to stop running up and down poaching opposition members and face the challenges facing the nation, particularly insecurity.

“I believe that what should bother them most should be governance, the security, the economy, all that have broken down. The issue is that they should stop running up and down and face the reason why the people gave them the mandate to govern.

In recent times there have been reports suggesting that the two major parties in Nigeria have been trying to get former President Goodluck  Jonathan to run for presidency come 2023.

However, Dr Jonathan seems undecided about returning to office in 2023 when President Muhammadu Buhari completes his second term.

At a brief session with reporters in Abuja last Friday, the former president was asked if he would be joining the presidential race in the 2023 general elections, and he replied saying “it is too early to talk about that.”

Issues such as insecurity have stirred debates regarding the competence of the present government and have got many Nigerians asking who will be their next leader.

But Jonathan who believes that the quest for 2023 is too early, asked Nigerians to support the Federal Government and the security agencies to overcome the challenges.

The former president noted that Nigeria is not the only country affected by insecurity, adding that he also had his challenges to deal with while in office. 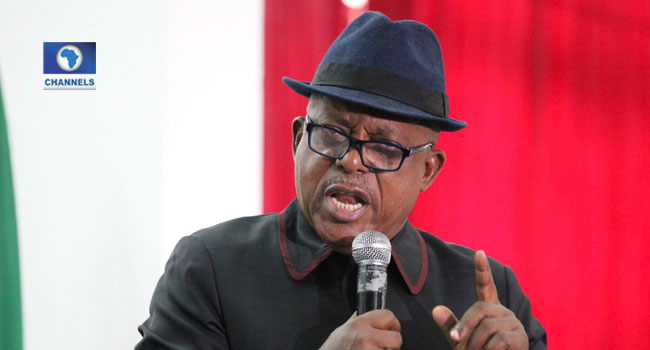 National Chairman of the Peoples Democratic Party (PDP), Uche Secondus has called on the military to resist any attempt at being dragged into election manipulation towards the supplementary elections on March 23.

Secondus made the call after an emergency meeting of its National Executive Committee (NEC) in Abuja on Wednesday.

He urged the military to uphold the institution and guide their names jealously.
According to a statement from his media office, the National Chairman termed the ‘inconclusive’ terminology as a rigging strategy for the opposition party.

PDPs vice Presidential candidate at the presidential elections, Peter Obi in his own remark, said that “the worst form of corruption is election rigging because the process of coming into power is far more important than what is done thereafter.”

The Senate President Bukola Saraki and the Speaker House Representatives Hon. Dogora all urged members of the party to remain steadfast and not despair as their victory must be restored at the court. 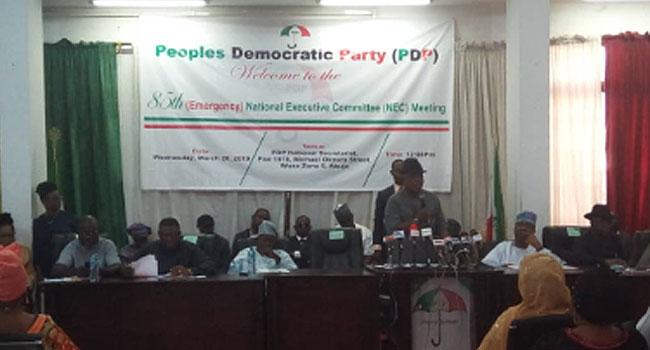 The Peoples Democratic Party (PDP) has commenced an emergency meeting of its National Executive Committee (NEC).

On the agenda is the supplementary elections slated for Saturday.

The party chairman accused the INEC Chairman and security agencies of being tools of the APC to “suppress the will of the people”.

He also noted that the concept of inconclusive elections is a term coined by INEC and the APC to stop PDP from winning elections.

Secondus also accused the INEC Chairman of delaying the democratic process and overheating the polity.

Governors of the Peoples Democratic Party (PDP) have asked Chief Uche Secondus to step aside as acting National Chairman of the party.

The have also directed Professor Oladipo Adewale, who has been the party’s National Secretary to assume office as National Chairman.

Chairman of the PDP Governors Forum, Governor Olusegun Mimiko, said that the governors condemn the action of Mr Ahmed Gulak, for invading the party’s secretariat in Abuja.

Governor Mimiko noted that the appropriate organ of the party would soon commence the process of electing a new National Chairman from the northeast in compliance with the December court judgement.

Mr Gulak and his supporters including Dr. Doyin Okupe, stormed the National Secretariat of the party in Abuja on Wednesday where he told a news conference that he was assuming office as the National Chairman of the party.

He claimed that he had a court judgement in his favour.

The leadership crisis rocking the Peoples Democratic Party (PDP) is far from over, as the factions of the acting National Chairman, Chief Uche Secondus, and Mr Ali Gulak, an ex- aide to former President Jonathan, continue to lay claim to the party’s leadership.

Mr Gulak and his supporters including Dr. Doyin Okupe, also an ex- aide to the former President stormed the National Secretariat of the party in Abuja on Wednesday where he told a news conference that he was assuming office as the National Chairman of the party.

Meanwhile, the National Legal Adviser of the party, Victor Kwon, who is a member of the Secondus faction, said there was no court judgement ordering Gulak to assume office.

However, the PDP has vowed to reclaim the power it lost to the All Progressives Congress (APC) at the 2015 elections.

The party claimed that it remained the only true national political party well equipped to hold the national character. 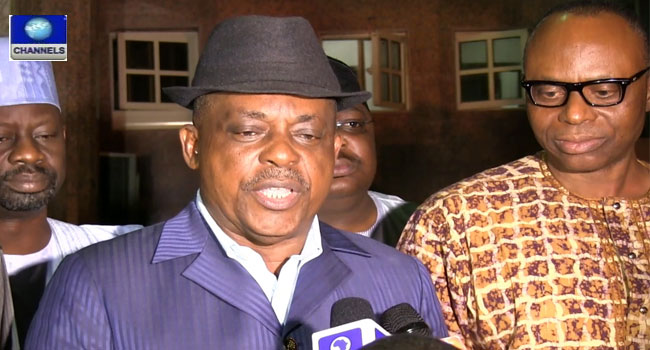 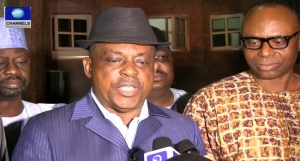 A Federal High Court in Abuja has dismissed the Acting National Chairman of the Peoples Democratic Party (PDP), Chief Uche Secondus, from office.

In his judgement on Tuesday, the presiding judge, Justice Hussein Baba-Yusuf, held that the position of the Acting National Chairman of the party, was zoned to the north-east and could not be occupied by Mr Secondus, who is from the south-south.

Justice Baba-Yusuf upheld the prayer of Mr Gulak that Mr Secondus was occupying the position of the Acting National Chairman of the party illegally.

He ordered Secondus to vacate the office within 14 days.

The plaintiff or any other party member worthy of that position should assume the position of the Acting National Chairman of the party, the Judge stated.

However, shortly after the judgement was delivered, the counsel to PDP, Paul Isaiah, said the party would appeal the judgement of the court.

Isaiah said: “We are going to appeal this judgement. Apart from the appeal, we are also going to file a stay of execution of the judgement because the National Convention of the party is in March next year”.