The Labour Party candidate in the November 16 elections, Dr Patrick Ifeanyi Ubah, has asked Governor Peter Obi to produce the audited report of the state accounts  for the year 2012.

Dr Ubah told Anambra citizens in Lagos that the incumbent has nothing tangible to show in the last 7 years, especially in the area of infrastructure, job creation and accountability.

He goes on to say that if voted into power, his government will aggressively industrialize the state and ensure that his government gives support to business ventures.


After assessing the extent of the damage, the governorship candidate, requested for a database of all the polythene dealers whose shops were razed in the fire outbreak and promised to help them get back on their feet.

With Commerce and Trading being one of the main stay of people in the state, Ubah said the Labour Party has the capacity to look at creative ways of harnessing the state’s potentials as well as creating a conducive environment for the market men and women, if voted into power come November the 16th.

Ubah visited the market alongside his running mate,  Mr Emeka Eze, to ascertain the level of damage done.

Losses worth several millions of Naira were recorded in the fire incident.

The Alhaji Abubakar Kawu Baraje faction of the People’s Democratic Party (PDP) has expressed shock over a report in the Vanguard Newspaper of 8th October, 2013 entitled “Alleged plot to kidnap Amaechi uncovered”.

The story detailed an alleged plot by some unnamed Abuja-based politicians of Rivers state origin to organise the abduction of Rivers state governor, Rotimi Amaechi, with a view to compelling him to sign his resignation letter.

According to a press release signed by the PDP National Publicity Secretary, Chief Eze Chukwuemeka Eze, it is an allegation which should not be waved aside because there already is a precedent, as it has been referred to as “the Ngige treatment” – a similar strategy deviced by the political enemies of Dr. Chris Ngige to get him out of the way during his days as Governor of Anambra state.

Referring to Gov. Amaechi’s recent battles, the New PDP said  “it would be foolish and too risky” to rule out the possibility of his opponents resorting to more dramatic measures in their desperation to illegally and unconstitutionally remove him from office.

They warned that ‘kidnapping’ Amaechi, and orchestrating his purported resignation would be an invitation to anarchy,urging the Federal Government to as a matter of urgency direct relevant security agencies to investigate this evil plot and bring those behind it to book.

They also appealed to all Nigerians to condemn this insidious plot and advised those hatching it to have a rethink for the sake of Nigeria’s hard-earned democracy. 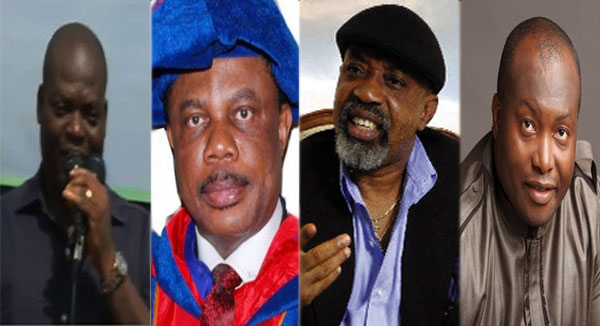 Ahead of the November 16 governorship election in Anambra state, candidates of various political parties boast of their capability and determination to take over  the leadership of the state from the ruling All Progressives Grand Alliance (APGA).

In their calculations, almost eight years of the present leadership has left some areas unattended to and at such should let go of power. Some of these parties insist that their grip on the state power and leadership will bring about the needed miracle.

The major political parties all reel out their concerns for the state and reasons why power must change hands come March 17, 2014 in Anambra state.

The major political parties all had their primaries to elect their candidates according to the provisions of the electoral act. Though the Peoples’ Democratic Party (PDP) had their issues to emergence of Senator Andy Ubah under the chairmanship of Ejike Oguebego, the PDP insisted that Tony Nwoye should fly the flag of the party having emerged the winner in the primary conducted by the National Working Committee of the party.

The All Progressives Grand Alliance (APGA) nearly fell victim of double candidacy but it was quickly nipped at the bud as the court order of September 20, 2013 discharged an order recognising Dr. Chike Obidigbo as the party’s candidate but upheld Willie Obiano as the sole candidate of the party.

For the Labour Party (LP) and the All Progressive Alliance (APC) they settled for Ifeanyi Ubah and Senator Chris Ngige respectively.

The candidates represent the different zones of the state. While the PDP and APGA candidates came from the North zone where political leaders from that region insist that they should produce the next governor, the Labour party candidate comes from the South zone and the APC candidate from the Central.

With the parties properly positioned for the coming election, with their flag bearers, mind games and battle of words and boasts on which party is capable of taking over the leadership of the state come March 17, 2014.

The PDP in their effort to take over changed the party slogan to a more effective one with the candidate maintaining that Anambra is a PDP state and so APGA should exit.

For the Labour Party, its candidate that has blazed the trail for campaign ahead of others said labour party is the only party that has a clear cut vision of the solution to Anambra problems which they are prepared to tackle.

Many commentators have said that the APC stands a great chance of victory, going by the political acceptance of its candidate, Senator Chris Ngige, who believes that the party has the panacea for all the diseases of Anambra state which is hinged solely on security infrastructure.

While other parties are working hard to come in, the APGA candidate’s (Willie Obiano) worry is how to fit into the big shoes the incumbent governor, Mr. Peter Obi. He has no shades of doubt that he is taking over. 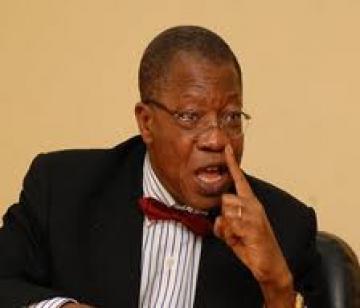 The Action Congress of Nigeria (ACN) has appointed a 19-member committee with the mandate to negotiate its planned merger with the Congress for Progressive Change (CPC) and the All Nigeria Peoples Party (ANPP).

ACN said the appointment of the committee is an indication of its total commitment to making the merger a reality, adding that there is no going back in the party’s determination to work with the CPC and the ANPP to rescue and salvage Nigeria.

It also congratulated the leadership of the CPC and the ANPP, which have already named their own merger committees, for their patriotism, and appealed to all Nigerians to support the planned merger.

”We will like to inform Nigerians that contrary to what the doubters and spoilers are saying, the three parties are going into the merger plans unconditionally and without a set mind over posts or anything else. The only issue that has been settled is the urgent need to rescue and salvage our country. In this regard, the opposition knows it has a date with history!” ACN said 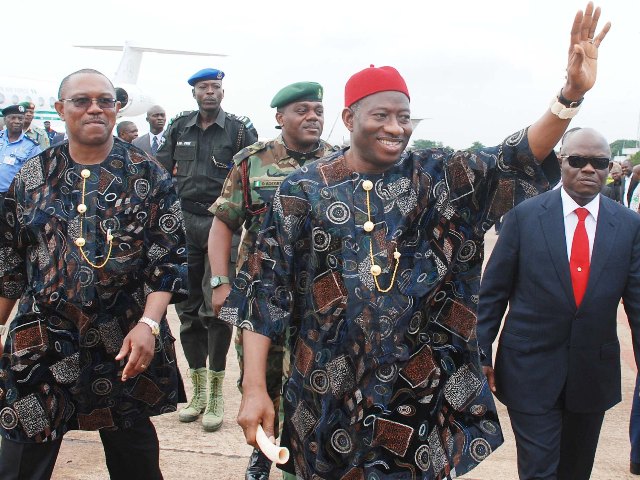 The Anambra State Governor, Peter Obi on Thursday dismissed claims made by some groups and states over the ownership of the oil well discovered in the inland basin of Aguleri-Otu, Anambra East local government area.

Addressing the state in a special broadcast at the governor’s lodge, Awka, the governor said the financial commitments of the state in the oil project running in billions which other states and groups laying claims have not done.

Mr Obi said: “on August 30th 2012, the president of the Federal Republic of Nigeria, Dr Goodluck Ebele Azikiwe Jonathan – GCFR was in Anambra State on a one day working visit to commission the Orient Petroleum facilities among other projects.

“Since then some groups and states have been trying to lay claims to the ownership of the oil fields located in Anambra State.

“It is pertinent to recall that Orient Petroleum Resources Plc was formed during the government of Dr Chinwoke Mbadinuju in 2001 and allocated oil fields domiciled in Anambra State.

“Though Dr Mbadinuju did not make any direct monetary contribution. Under Dr Chris Ngige, in 2002/2006, Anambra State government invested the sum of N100 million in the project. Under our government between 2006 and 2009, with the vision and the belief in the positive impact of the project on the economy of the state and the country, we invested directly and indirectly the sum of N4.4billion.

“This investment blustered the confidence of other investors to invest in the venture that made its commissioning a reality,” the governor said.

Mr Obi however, maintained that Anambra state will remain a good neighbour and will continue to pray for oil to be discovered in other states of the country in other that Nigeria will emerge an economic giant in the comity of nations in the world.

Moments after President Goodluck Jonathan opened the refinery built by Orient Petroleum and declared Anambra an oil producing state, the Kogi State, Idris Wada said “Kogi will be a major stake holder in the refinery, considering the fact the oil wells that will service the refinery are in Odeke Community in Ibaji Local Government Area of the state.”

Mr Wada made this claim a day after a community group issued a public notice saying that the oil deposits claimed by Anambra State are within the Odeke community of Kogi State.

The Kogi State governor said he “is doing everything humanly possible to resolve the issues surrounding the location of the oil wells with the contending states and that he is confident that “Kogi State will soon join the league of oil producing states in the country.”