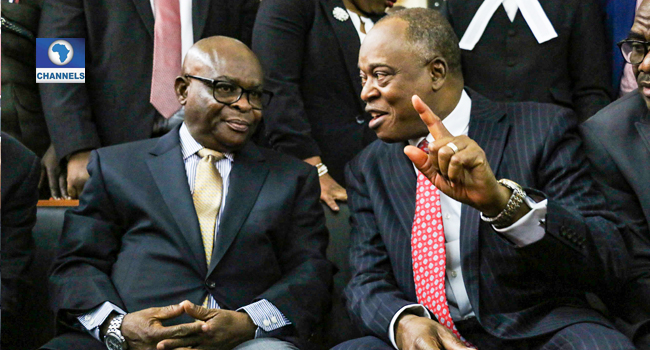 Justice Walter Onnoghen on Wednesday closed his case in his ongoing trial at the Code of Conduct Tribunal.

Counsel to the suspended CJN, Mr. Chris Uche told the tribunal that, having looked at all the evidence and testimonies before the tribunal, the defence has come to the conclusion to close its case and will be applying in line with rule 14 of the tribunal to file their final address.

He noted that to ensure that they file a written address that will take into consideration all that has been put before the tribunal, they will be asking for 14 days to file all their addresses and leave it to the tribunal to decide one way or the other.

Responding, the prosecutor, Mr. Aliyu Umar said that even though the defence had told him they will be asking for 14 days the practice direction of the tribunal did not make any specific time for that and so it is at the discretion of the tribunal.

He, however, agreed that parties need enough time to be able to put together their final addresses and that whatever time is given to the defence the same amount of time should be given to the prosecution.

The tribunal resolved to give three working days to the defence to file their written address while the prosecution will also get the same amount of days and thereafter the tribunal will fix a date for ruling on pending applications and the judgment.

It also adjourned to 12th of April for the adoption of written addresses. 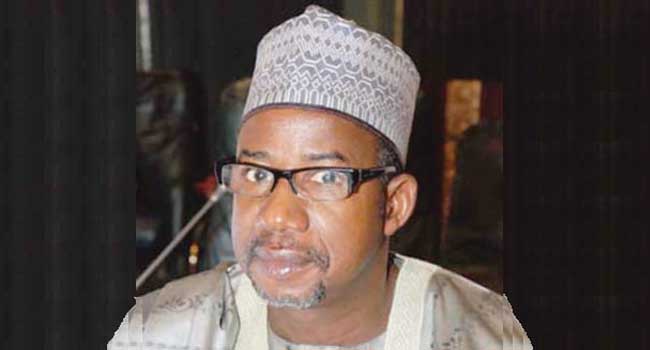 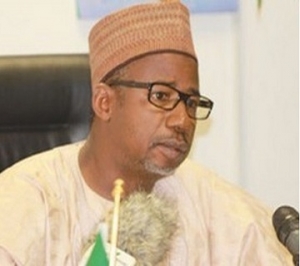 The erstwhile Minister had been in the custody of the Economic and Financial Crimes Commission since October 24, 2016 when he honoured the invitation of commission.

The Court granted him bail with two sureties who must have landed property within the Abuja Municipality with Certificate of Occupancy.

In granting the application for bail filed by the lead counsel to Mr Mohammed, Chris Uche, the High Court took a swipe at the EFCC for manifesting contradictions and for lying under oath with the depositions in the counter affidavit it filed challenging the bail application.

The court adjourned the matter till December 14, 2016 for the hearing of the substantive suit for the enforcement of the fundamentalist rights of the former minister. 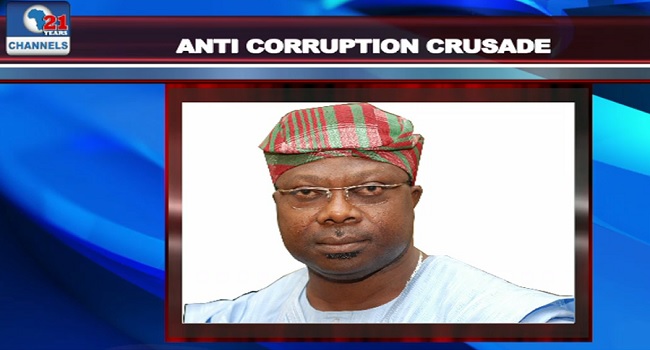 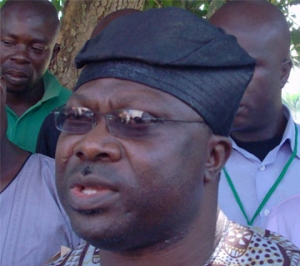 A Federal High Court sitting in Abuja, will on Friday, July 15, decide on the bail application filed by Senator Iyiola Omisore who has been in EFCC custody since July 3, 2016.

Justice Olukayode Adeniyi adjourned ruling after listening to the lawyers to Senator Omisore and the EFCC.

Mr Chris Uche who represented Omisore, asked the court to vary the conditions of administrative bail granted to his client by the EFCC or in the alternative grant him a fresh bail pending when the anti-graft agency is ready to charge him to court.

However, counsel to the EFCC, Mr Takon Ndifom, asked the court to dismiss the application for lack of merit, because Omisore was lawfully arrested and detained with a court order.

He added that the anti-graft agency was still investigating suspicious transfers from the Office of the National Security Adviser and the National Assembly. 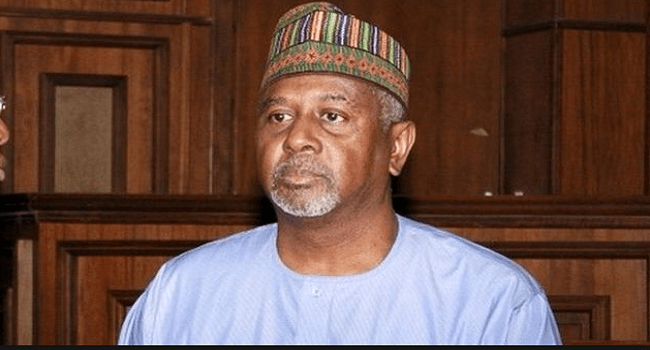 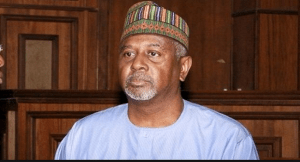 Mahe, who recently retired as permanent secretary, special services operations in the NSA’s office told the court that he paid Oneplus $40 million out of the $600 million special security fund sourced from the Nigerian National Petroleum Corporation (NNPC).

Under cross-examination by counsel to Roberts, Chris Uche, Mahe, who admitted serving only 11 months in the NSA’s office, also admitted that some other firms got security contracts in excess of $40 million approved for Oneplus.

The retired permanent secretary, however, failed to tell the court ‎presided by Justice Nnamdi Dimgba the names of the companies that benefited from the remaining $560 million of the special security fund.

The retired permanent secretary said that he paid Oneplus based on the conviction that the firm’s security contract met due process requirements, having been endorsed by nine top officials of the NSA’s office.

Trial judge, Justice Dimgba has adjourned the case till October 6, 7 and 19 for continuation of trial.

The Oguebego faction of the Anambra PDP has approached a federal high court seeking a warrant of arrest to be issued against the Chairman of the Independent National Electoral Commission (INEC).

Counsel to the group, Chris Uche, told the tribunal that the attitude of the chairman towards the orders of the court and, his non-appearance at the court sitting is in contempt of the court.

Therefore he should be arrested and committed by the tribunal.

However, counsel to the Independent National Electoral Commission (INEC), Adegboyega Awomolo argued that his client can be tried in absentia.

This stance was supported by lawyer to the serving lawmakers from Anambra State, who is of the opinion that the conditions precedent for a person to be issued a warrant have not been fulfilled.

He maintained that the prayers of the Oguebego-led faction should be discountenanced. 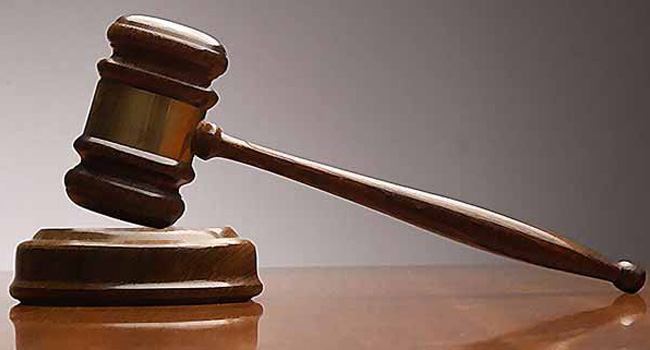 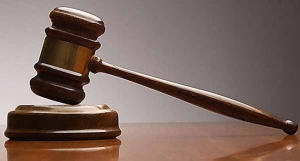 The Kogi State governorship election tribunal siting in Abuja has agreed to accept forensic reports as parts of evidence to be tendered by the petitioner during the proceedings.

Ruling on an earlier motion filed by the petitioner, Captain Idris Wada, Justice Halima Mohammed said that the court would accept forensic experts as witnesses and their reports as evidence.

The court also asked all parties to the case to streamline their witnesses so as to enable it give judgement within the expected time frame.

Having ruled on all preliminary objections, the petitioner further proposed to the court that all certified documents from INEC be allowed to be tendered by consent during the proceedings.

Lead counsel to the petitioner, Chris Uche (SAN), said that the decision of the court is important to proving his case, while counsel to INEC, Alex Iziyon, (SAN) insisted that such documents should be verified before they are accepted by the court

Counsel to the first respondent, the Governor of Kogi State, Mr Yahaya Bello, Mr Joseph Daudu (SAN) also maintained that tendering of documents should be based on what the law says and not the views of the parties.

The court has adjourned till March 15 to rule on other pre-hearing matters, including duration for cross-examination of witnesses and whether or not all certified documents from INEC be tendered by consent. 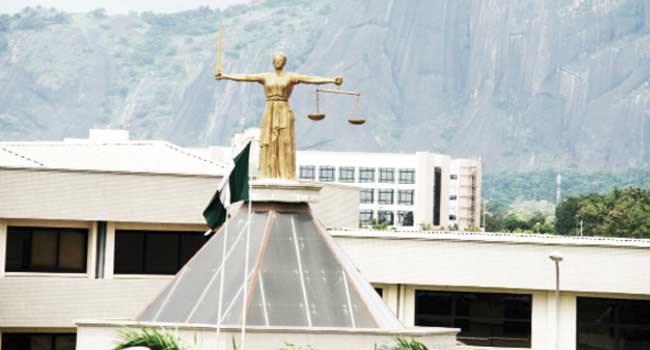 The Supreme Court has declined jurisdiction to review its judgment delivered on January 29 in the leadership dispute within the Anambra State chapter of the Peoples Democratic Party (PDP).

The apex court noted that by its rules and the provisions of the constitution, it lacked jurisdiction to review its own judgment.

Ruling on an application filed by the Independent National Electoral Commission (INEC) seeking clarifications and consequences of the judgment, Justice John Okoro held that the judgment by its ordinary meaning did not need to be subjected to any clarification.

In the unanimous ruling endorsed by the 5-man panel of the court, Justice Okoro said that the dispute on whether the Certificate of Return should be withdrawn from the serving lawmakers and giving to the list of candidates of the Oguebego faction was not an issue before the court and that the court never made any pronouncement to that effect.

Rewriting The Judgment
The court held that Order 8, Rule 16 of the Supreme Court expressly stated that the court shall not review its judgment once giving, except there was a clerical mistake or slip which in this case, never happened.

It also held that what was brought before it was the issue of leadership of the Peoples Democratic Party (PDP) in Anambra State and not on the implication of elections that was conducted thereafter.

The court noted that the action sought would amount to rewriting the judgment and giving order where nothing had been shown that there was a clerical mistake in the judgment.

Reacting to the ruling, counsel to INEC, Adebgoyega Awomolo, said that the decision of the court had resolved to blackmail and confusion employed by parties in the suit to suit their own purposes, a position supported by the counsel to PDP, Emeka Etiaba.

However counsel to the Ejike Oguebego faction, Chris Uche, said that the ruling had cleared the way for his clients to benefit from the judgment delivered on January 29, 2016. 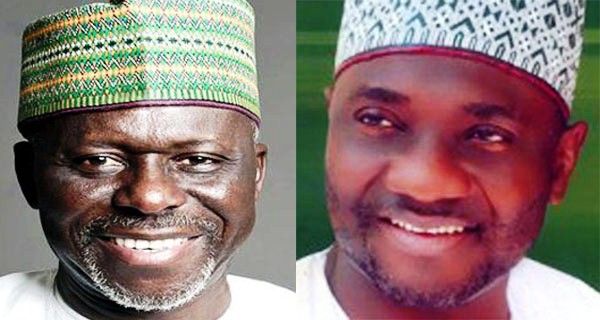 Kogi State Governor, Idris Wada and his challenger in the 2011 governorship election Mr Jibrin Isah will on February 21, 2014 know their fate on who was the authentic candidate of the People’s Democratic Party, PDP in the poll.

Isah, a governorship aspirant and alleged winner of the January 9, 2011 Peoples Democratic Party governorship primary in Kogi State, is seeking court order to nullify the nomination of Governor Wada and declare him the governor of the state.

Justice Mahmoud Mohammed of The Supreme Court fixed Friday February 21 to give final judgment in the legal battle, after parties in the suit had adopted their final briefs of argument.

Adopting his brief for Governor Wada, Chris Uche submitted that the appellant, based on section 141 of the Electoral Act 2010, could not be declared governor by virtue of his failure to participate in the December 3, 2011 governorship election.

He argued that the aborted primary election of January 2011, being relied upon by the appellant, was rightly cancelled by the PDP, a position that was supported by both counsel to the People’s Democratic Party and the Independent National Electoral Commission.

Isah had lost both at the Federal High Court and Court of Appeal which separately dismissed his suit on the ground that they lacked jurisdiction to entertain a concluded election matter and that the litigant also lacked ‘locus standi’, to institute the case. 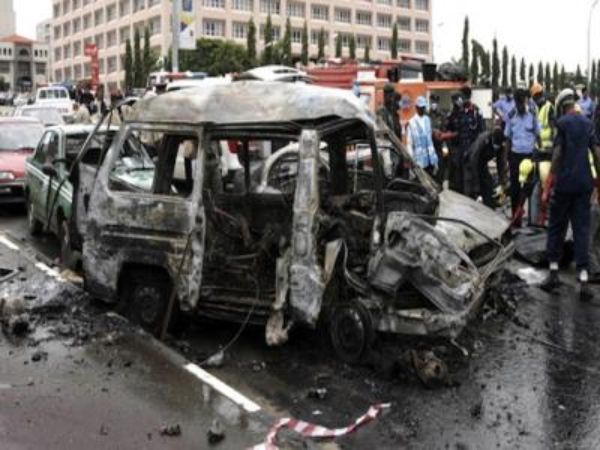 Prominent Bayelsa politicians have been named in the ongoing trial of Edmund Ebiware one of the suspects held in connection with the 1st October 2010 bombing for having prior knowledge about the orchestrated attacks.

The fourth prosecution witness whose identity was shielded and renamed as Mister X during cross examination said he had informed the prominent politicians in the oil-rich state of the planned attack by the acclaimed leader of the Movement for the Emancipation of Niger (MEND), Henry Okah.

Standing in the witness box, the fourth prosecution witness whose identity was shielded and presently in the protective custody of the State Security Service (SSS) told a Federal High Court in Abuja that he got wind of the bombing by Henry Okah through a friend he identified as Emmanuel Allison.

He went further to state that he immediately informed former state officials as well as a repentant militant in the Presidential Amnesty Programme.

The witness in his testimony also indicated that he informed the accused person, Mister Edmund Ebiware Whose trial was recently separated from that of Charles Okah and one other.

The witness, who said he was arrested with the accused person on 3rd October 2010, admitted during cross examination by the defence counsel Goddy Uche that he and his friend Allison carried out the Warri bombings.

He also affirmed that they also had meetings with Henry Okah before the bombing but that he has not been charged to court since he offered to relay information to the SSS.

The defense lawyer, Mr. Chris Uche   later tendered the six statements attached to the proof of evidence made by the witness as evidence after all efforts to have the original copies given to him by the prosecution failed.

Earlier, the third prosecution witness, Mathew Seiyefa, who is a Director of Operations with the SSS tried to clear himself of the accused persons claim that he had informed him of the
bombing.

The case has now been adjourned to 19th July 2012 for continuation of trial.