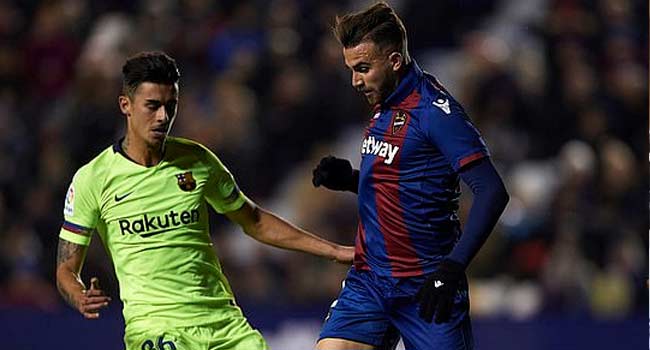 Barcelona face being thrown out of the Copa del Rey after Levante’s president confirmed they will complain the Catalan club fielded an ineligible player in the first leg of their last 16 tie.

Levante won the opening match 2-1 last week and believe Barca defender Juan Brandariz ‘Chumi’ played illegally as he should have been serving a suspension.

“Whatever happens on the field of play today, Levante are going to take this situation to the Federation tomorrow,” Levante president Francisco Javier Catalan said, shortly before the second leg at the Camp Nou on Thursday.

“We feel that there is a solid enough precedent to back up the club’s decision to do so.”

Chumi was given a ban after receiving a yellow card while playing for Barcelona’s B team in the Segunda B division.

Barcelona insist a change in the rules, made in November, means the suspension does not carry over into the Copa del Rey.

A source at Barcelona had told AFP Sport earlier on Thursday: “There has been no improper conduct nor a complaint from either Levante or the RFEF.”

Real Madrid were disqualified from the Copa del Rey in 2015 for fielding Denis Cheryshev, despite the player being suspended.

Cheryshev had received three yellow cards while playing for Villarreal in the competition in the previous season. 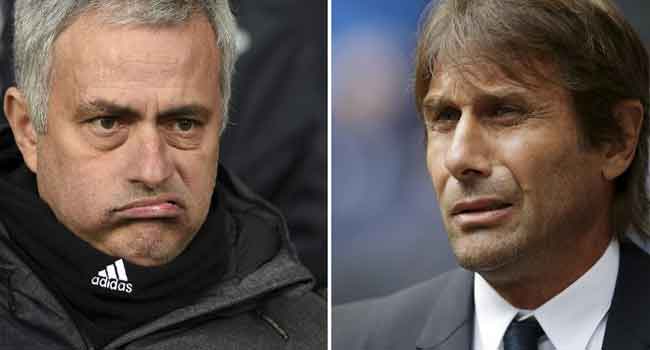 The eyes of the world may be on a Royal wedding at Windsor, but 18 miles to the east English football’s own showpiece event sees Chelsea and Manchester United face off in the FA Cup final at Wembley on Saturday (1615GMT).

Both sides are in need of silverware to salvage underwhelming seasons.

Chelsea’s need is the greater, though, as having missed out on Champions League football for next season by finishing fifth in the Premier League, many expect Antonio Conte to take charge of the Blues for the last time, regardless of the outcome.

Conte led Chelsea to the Premier League and the FA Cup final in his debut season in England last year.

And he launched a fierce defence of his record at Stamford Bridge on the eve of what could he his last clash with old foe Jose Mourinho in England.

“I like to win. I like to win trophies. I like to be a winner. For sure, I like this. But, at the same time, I think that when you work very hard, when you try to give every day 120 percent, you must be satisfied,” said Conte on Friday.

“Miracles don’t always happen. Sometimes it happens, sometimes it didn’t. We did an important job. Then it’s not my task to take the decision.”

Conte and United boss Mourinho have consistently clashed since the former took charge of the club Mourinho led to three Premier League titles in two spells.

However, both men have tried to play down their feud in recent days with Conte insisting the pair will shake hands before the game.

Mourinho has at least ensured Champions League qualification for next season via a second-place finish in the Premier League.

Mourinho, though, argued that City running up the score on helpless Premier League rivals is not as “entertaining” as he expects a tight clash with his old club at Wembley to be.

“Do you think 6-0 is entertaining? I don’t think so,” Mourinho said on Friday.

“I think entertaining is emotion until the end, the game open, everyone on the edge of their seats, both dug-outs nervous and tense with the result in doubt.

Another former Chelsea man is United’s big injury concern as Romelu Lukaku faces a race against time to start up front due to an ankle injury.

The Belgian is Mourinho’s top scorer this season with 27 goals in all competitions, including five in as many games in the FA Cup.

“Lukaku we have to wait until the last moment,” added Mourinho.

Should Lukaku miss out, United will be counting on Alexis Sanchez to continue his excellent record of eight goals in as many games at Wembley for club and country.

Chelsea have no such injury concerns, and Conte hinted that first-choice goalkeeper Thibaut Courtois could start despite Willy Caballero having played in all six FA Cup ties on route to the final. 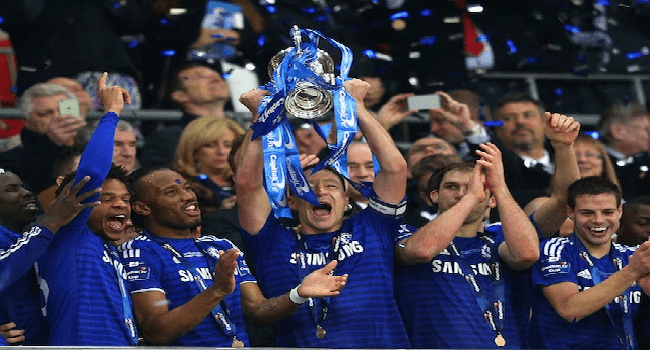 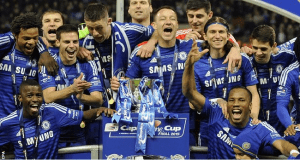 Jose Mourinho has claimed his first trophy since returning for his second spell as Chelsea manager, as Chelsea emerged winner of the Capital One Cup over Tottenham at Wembley.

Jose Mourinho was delighted after seeing his side crowned Capital One Cup kings, the club’s fifth success in the competition’s history.

Mourinho’s mastery of the big selection decision was also demonstrated again by his deployment of Kurt Zouma, a central defender by trade, in midfield to fulfill the role left behind by the suspended Nemanja Matic to outstanding effect.

John Terry, Man of the Match striked with a goal on the stroke of half-time.

Eleven minutes into the second half, Diego Costa, scored with an assist pass from Cesc Fabregas which deflected off the leg of Kyle Walker.

Speaking to the media after the game, Mourinho started by praising the opposition saying, ”First of all I want to say that in the middle of my happiness is space to think about Mauricio Pochettino, his staff and Tottenham as a team and a club, I met him in Spain many years ago as a player and then when he was a young manager when I was at Real Madrid. He came to England, proved himself, nobody gave him anything for free.”

The Chelsea’s boss added:  ”The second thing I want to say is that now I don’t think about John Terry, Azpilicueta or Diego Costa; I think about Courtois, because without him there would have been no final, we would have lost against Liverpool. I think about Matic, Filipe Luis and Oscar, the guys who didn’t have a chance to play. I think about Schwarzer, Salah, Schurrle, all the guys that started the season with us, they are all winners.”

Despite a career laden with trophies, Mourinho claimed this was the most important final of his time in the game and Chelsea were never seriously troubled once Christian Eriksen’s early free-kick rebounded to safety off the woodwork.

Mourinho also spoke about Diego Costa saying ”He needs the team, without them it’s difficult to do anything. He needs to keep his nature as a person and a player. He played a final at the top of his motivation, there was no yellow card because he did nothing to deserve a yellow card. 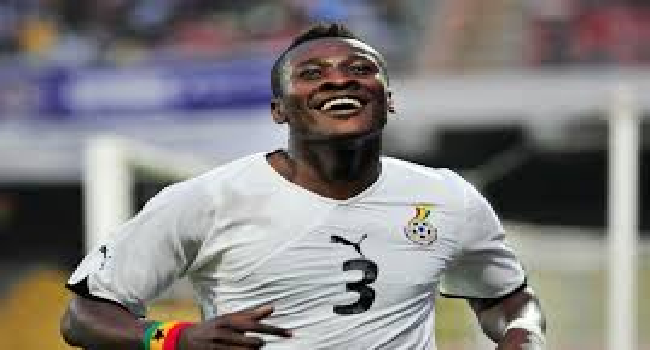 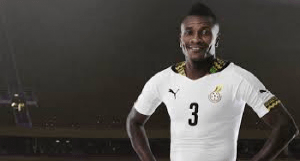 Come 2014 world cup in Brazil, Captain Frank Lampard will likely be a frontrunner for England’s World Cup campaign from playoffs to the finals as he declared his interest to be part of the 2014 team as he hopes also that his age will not begin to tell before and during this period in terms o fitness and contribution on field.

Lampard who will be 36 come World Cup 2014 in Brazil will be the captain of England’s international friendly with Italy in Berne after missing the Euro 2012 finals through injury.

The Chelsea Captain and England Captain believes that if he puts his best in his playing career and he is at an optimal performance then his chances of making it into the team will not be in doubt as he knows that there are younger players vying for his position on field.

Lampard who has won 90 caps for England so far said he wouldn’t want to laze around for the wrong reasons so as to win 100 caps.

But the Chelsea midfielder never considered retiring after being forced to sit out the Euros and is now looking forward to being one of the senior members in a youthful-looking squad as Hodgson looks to the future.

He said he is excited to amongst a younger squad as people will talk about the merits of this friendly each year but overall, he feels the manager has picked a very intelligent squad because he rested players who played in the Euros and brought in some young players to get a feel of the England set-up which he concluded it is a good move.