The All Progressives Congress in Niger State has received defectors from the People’s Democratic Party in Mokwa Local Government area of the state.

The party received the defectors during a meeting between the state governor, Abubakar Bello and other stakeholders on Tuesday.

The meeting was aimed at brainstorming on how the party can win the 2019 elections.

Governor Abubakar Bello, represented by his deputy, used the opportunity to assure the people of his administration’s continuous efforts in bringing transformation at the grassroots.

He said in the last three years, the administration rehabilitated primary and secondary schools both in urban and rural areas, rehabilitation some rural access roads and constructed new ones, improved agricultural activities, among others.

If re-elected into office, he promised to do much more.

On their part, the party’s officials said their loyalty remains 100 perc ent and will remain so even in 2019.

They, however, urged the national leadership to address some of the issues resulting from the primaries of the part held in 2018.

Twenty-six aspiring members of the Ogun State House of Assembly have announced their defection from the All Progressives Congress (APC) to the Allied People’s Movement (APM).

They claimed to have won the party’s ticket after the primary held on October 7 but were denied by the National Working Committee of the APC.

Despite efforts by the party’s national leadership to resolve the issue, the aggrieved members announced their defection during a press briefing on Monday.

According to them, their action became imperative as a result of the injustice meted out to them by the national office of the APC.

They, however, reaffirmed their resolve to work for the re-election of president Muhammadu Buhari in the 2019 general elections. 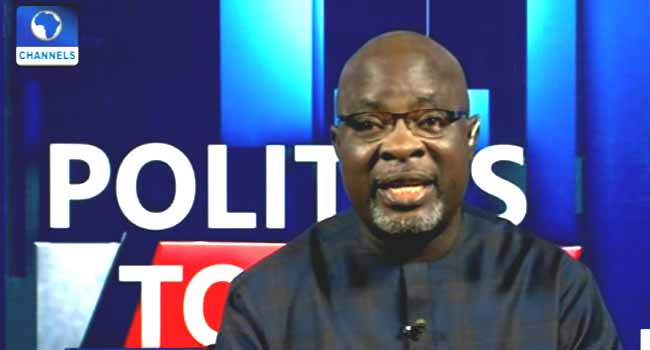 The Peoples Democratic Party (PDP) has assured its members, including the new ones of adequate protection, accommodation and a level playing ground at every level of political engagement and aspirations ahead of the 2019 general elections.

National Publicity Secretary of the party, Kola Ologbondiyan, said in a statement on Saturday that the PDP has taken note of all concerns raised by highly respected and committed leaders of the party, as it concerns accommodation of interests and new alignments.

He revealed that they have since taken extensive measures to ultimately ensure that no person or group was short-changed in any way.

“While the PDP appreciates and values such concerns, it is instructive to inform that the national leadership of our party has already envisaged the challenges of an enlarged family and has since made adequate arrangements that would effectively cover all interests for the task ahead,” said Ologbondiyan.

He added, “The repositioned PDP has amply learned from the past. All members must, therefore, dispel every fear in relation to control of our structure as well as processes for selection of candidates for election, especially on the choice of our presidential candidate, as such will be handled with the strictest adherence to the principles of internal democracy and zero tolerance for imposition.”

The PDP spokesman noted that the opposition party has become a centre of new patriotic and broad-based engagements by an overwhelming majority of Nigerians, across the country.

He explained that this was in line with their renewed democratic realignment towards rescuing the nation from the All Progressives Congress (APC) led government.

Ologbondiyan described the PDP as the only dependable platform for all Nigerians to democratically and transparently join forces with, in their bid to produce a credible president and a government of national unity. 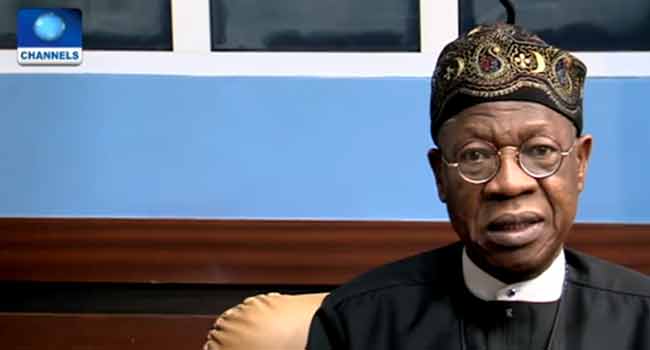 The Federal Government says the All Progressives Congress (APC) reserves the right to challenge defectors in court.

Minister of Information, Lai Mohammed, said this on Saturday during an interview on Channels Television’s Sunrise.

The Minister when asked about the party’s next step for the defected APC members to vacate their seats, said: “I still believe that the party (APC) reserves the legal right to actually challenge any of them and ask for their seats to be declared vacant.”

His comments come after the Senate President, Bukola Saraki and some lawmakers and three state governors left the ruling party for the opposition Peoples Democratic Party (PDP).

The minister believes that the defections were planned following the emergence of the Reformed-All Progressives Congress (R-APC).

“All you have seen from the beginning – R-APC, Coalition of United Political Parties (CUPP) were laying the foundation for the defection,” he added.

The minister also accused the leadership of the National Assembly (NASS) of frustrating efforts to ensure unity within the party.

According to him, the emergence of principal officers of NASS was against the wishes of the party as the election in 2015 happened when most APC lawmakers were having a meeting with the President.

He added, “The leadership of the National Assembly destroyed party cohesion the moment they chose to go against the wishes of the party in the election of NASS principal officers.

“It is no longer a secret that the manner at which the Senate President emerged was not to the liking of the part as a whole.

“I still remember clearly that the major leaders of the party were waiting to meet at the National Conference Center in Abuja for Mr President when we heard that the Senate President had emerged.”

Lai Mohammed, however, decried that the necessary working relationship between the executive and legislative arms of government was getting affected by what he described as the “lack of discipline within the NASS leadership”. 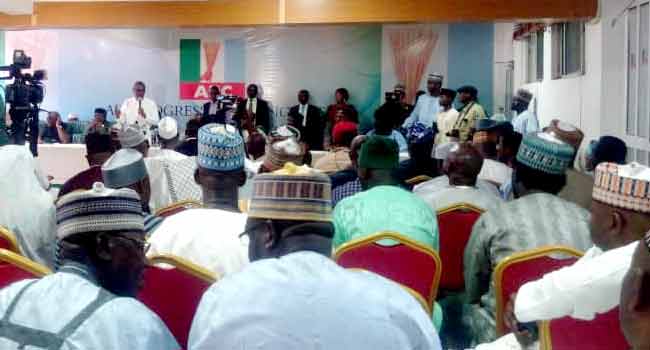 The National Chairman of the All Progressives Congress (APC), Adams Oshiomhole, has advised the lawmakers who defected from the party not to be deceived by promises of automatic tickets.

Addressing reporters on Thursday in Abuja, Oshiomhole said there would be no automatic tickets for those defecting to the Peoples Democratic Party (PDP).

While he described such promise as ‘a mirage’, he noted that the APC does not need politicians of convenience but members with a shared ideology.

The APC National Chairman, however, said the doors of the ruling party were open to defectors to return, but he stressed that they would not be lured with gifts such as dollars or automatic tickets.

He spoke to journalists after meeting with the APC caucus in the House of Representatives led by the Majority Leader of the House, Femi Gbajabiamila, at the party’s secretariat in the nation’s capital.

Gbajabiamila said that the draining of the swamp had taken place earlier while the consolidation of the remaining loyal members would continue.

After the meeting, Senator Lawan told State House correspondents that the lawmakers who defected would return to the party before the 2019 elections.

He noted that despite the defection suffered by the ruling party, the APC retained its majority status in the Senate with 53 seats. 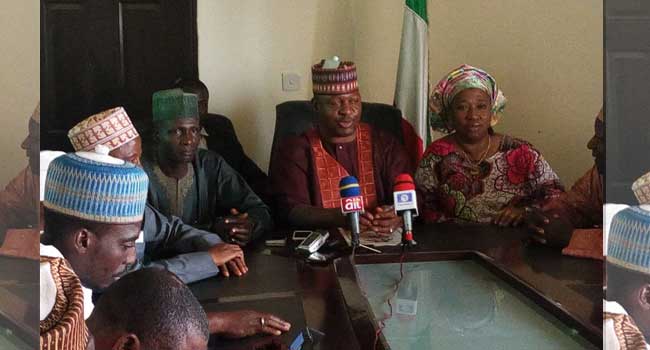 The Peoples Democratic Party (PDP) in Niger State on Monday said members of the party who recently left the party for the All Progressives Congress (APC) are ‘moles that needed to be discarded.’

Chairman of the party in the state, Tanko Beji told journalists that those presented were members who had left the PDP immediately after the 2015 general elections and that the members were not contributing to the party and they needed to be discarded.

Beji also accused the APC of exaggerating the number of people who defected, saying the total number of the crowd at the Saturday rally was not even up to 5,000.

“The crowd was a rented crowd paid by the APC in order to distract attention of the people from their failures.

” We are not deterred by the ‘false claim’ of the APC. PDP remains the only credible party in Nigeria,” Beji said.

He explained further that the PDP is on a cleansing mission to rid the party of ‘moles’ who are only pursuing their personal interest and do not have any principles guiding them.

He however admitted that the PDP has made some mistakes in the past and is now making efforts to correct them.

Thousands of members of the Peoples Democratic Party (PDP) recently decamped to APC recently in Adamawa. The defectors were reported to be from 21 Local Government Areas of the state. They were led to the APC by the former Presidential Adviser on Legal Matters to ex-President Goodluck Jonathan, Bar. Ali Gulak and other stakeholders of the PDP. 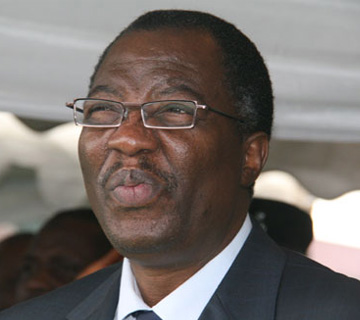 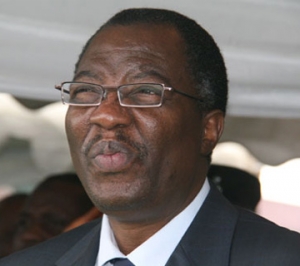 The Ogun State chapter of the People’s Democratic Party, PDP, has held a unification rally for defectors into the party.

The event held at the state party secretariat located at the Presidential Boulevard in Abeokuta, the state capital.

The occasion also witnessed the unveiling of governorship aspirants from the party which included Mr Dimeji Bankole, former Minister of Mines, Sarafa Ishola, the Chairman, House of Reps Committee on Science and Technology, Mr Abiodun Akinlade.

Receiving the defectors and old members of the party back into the fold, the party chairman assured party members of equal opportunity. He also assured aspirants jostling for various elective positions of a level playing ground.

He was, however, quick to ask them to be more committed to the course of the party for a resounding victory in the next elections.

The Ogun PDP had been embroiled in leadership crisis in the past but this has been put behind as party members remain determined to win back the leadership of the state in 2015.