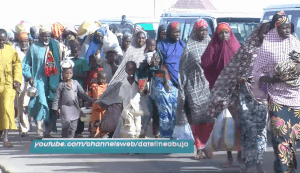 At least 239,000 Nigerians are still refugees in neighbouring countries where they fled to in the heat of insurgency in the oil-rich nation’s northeast, an emergency management agency said on Monday.

The figure was contained in a report of humanitarian relief intervention by the National Emergency Management Agency (NEMA) released recently.

It also says that about 29, 581 Nigerians, who fled their communities in Borno, Yobe and Adamawa to Republic of Niger and Cameroun as a result of insurgents’ activities had voluntarily returned to Nigeria.

According to the report, 13,046 Nigerians returned from Niger Republic in May, 2015 and were received in Geidam, Yobe State while Between April and December, 2015 NEMA received about 16,595 Nigerians that have voluntarily returned from Cameroon through the Sahuda border crossing area near Mubi in Adamawa State.

“Some of the Nigerians that fled to Neighbouring countries (Niger, Chad and Cameroun) were provided with humanitarian relief support by the Federal Government of Nigeria through NEMA to alleviate their suffering.

“The displaced Nigerians have also received humanitarian supports from the host governments, the United Nations High Commission for Refugees (UNHCR), the host communities and Nigerian citizens living in the three host countries’’ the report read.

The agency further said that it had adopted a monthly Humanitarian Coordination Meeting; a forum that consists of relevant Federal government Agencies, UN Systems and International Non-Government Organisations (INGOs) to undertake analysis of causes of humanitarian situations, conduct need assessments, identify priorities and provide humanitarian interventions based on their respective mandates.

According to the agency, the system operates through different sectors lead by national Ministries Department and Agencies and co-lead by UN Agencies.

The report pointed out that due to the successes recorded by the Nigerian Military with the support of Multi-National Joint Military Task Force (JTF) in the fight against Boko Haram insurgents, the humanitarian dashboard was fast changing.

“The focus is gradually shifting towards Reconstruction, Rehabilitation, Resettlement, Recovery and dignified return of IDPs back home while process for the return of Nigerian refugees from neighboring countries is equally on-going.

“NEMA will continue to support and work towards bridging the identified gaps in humanitarian response through enhanced coordination, capacity building and strengthening of collaboration with the affected States and relevant stakeholders including line MDAs, local and international response organizations and the UN system,” the report added.

Boko Haram has, in the past seven years, carried out a campaign to establish an Islamic State and also end Western education in the region.

It has attacked communities and villages, taking people hostage, mostly women and children.

At least two million persons have been displaced, with over six million now needing help inform of food.

Alarmed by severe malnutrition in the region triggered by the lack of food for the displaced persons, UN agency, UNICEF, has called for more aid in the region in form of nutritious foods.

UN has said that over 75,000 children, pregnant women and nursing mothers risk death due to malnutrition. 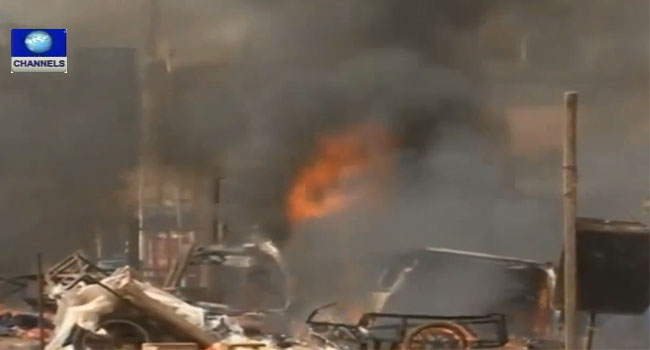 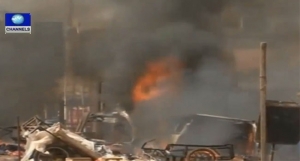 The military in Nigeria has confirmed the death of nine persons in a suicide bombing in Benisheikh, Borno State, carried out by three minors between ages 10 and 15.

In a statement, a military spokesman, Colonel Sani Usman, said that the three suspected suicide bombers went into Benisheikh, Borno State at about 8.30pm.

“They were spotted by ever vigilant Borno State Youth Empowerment Scheme (Civilian JTF) who suspected something fishy about them,” the statement read.

Colonel Usman said that one of the suicide bomber was laden with Improvised Explosive Device (IED).

“While the Civilian JTF was in the process of screening the suspect following the necessary drills and precautions, the carrier detonated the IED that led to the death of nine people while 24 others sustained various degrees of injuries.

“The bodies have been evacuated and all those injured are receiving medical attention.

“The security agencies have intensified patrols and security checks in the area,” the statement further read.

While condemning the act, the military commiserated with the families of those that lost their lives and the injured.

It further reiterated the need for more security consciousness and vigilance by all especially during the yuletide and New Year holidays.

The military confirmation of the attack came just as another suicide bomb attack was reported in Maiduguri.

Earlier report said at least 37 persons were injured in the attack in Benisheikh, a village barely 75 kilometers to Maiduguri, the capital of Borno State.

Authorities of the General Hospital in Maiduguri on Monday said that all casualties were currently receiving treatment.

No group has claimed responsibility for the attack, but the Boko Haram sect is largely suspected, as the terrorist group has carried out similar attack in the past. 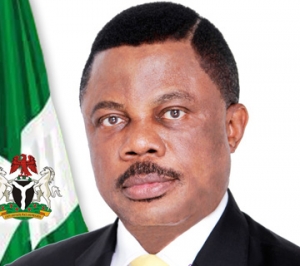 Anambra State Governor, Willie Obiano, has appealed to the European Union (EU) Delegation Ambassador to the Federal Republic of Nigeria and to the Economic Community of West African State (ECOWAS), Michel Arrion, to bring intervention programmes to the state in the areas of girl child education, flood and power.

The appeal was made during the visit of the Ambassador to Anambra State, to seek out new areas of collaboration with the state government, as well as find out how the existing EU programmes in the state have been faring.

The Ambassador on his part, announced the EU’s plan to undertake a five-year period programme in the state.

Mr Arrion also appealed to the state and the various communities where EU projects are located to take ownership of them for sustainability.

The Governor had on Wednesday mapped out 28 camps where Internally Displaced Persons (IDPs) will take refuge in the event of the impending flood announced by the government. 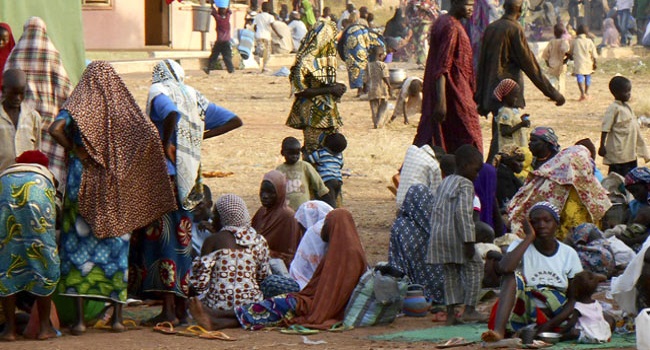 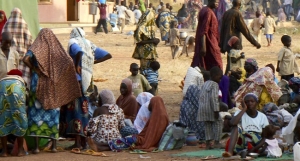 The National Human Rights Commission (NHRC) has signed an agreement with the United Nations High Commission for Refugees (UNHCR) aimed at ameliorating the sufferings of Internally Displaced Persons (IDPs) in Nigeria.

Speaking at the agreement signing ceremony in Abuja on Tuesday, the Executive Secretary of the NHRC, Professor Bem Angwe, said the commission would protect the rights of IDPs by holding government agencies accountable for any violation.

He said the commission would partner with the UNHCR to protect the rights of all IDPs.

A representative of the UNHCR, Angele Dikongue-Atangana, said the partnership would ensure that the rights of the displaced persons were adequately protected.

After both parties signed a Memorandum of Understanding, the UNHCR presented motorcycles to the NHRC to enable its state coordinators monitor IDP camps in the north-east and north-central parts of Nigeria.

There are 27 IDPs camps in the Federal Capital Territory (Abuja) alone, housing over 16,000 displaced persons and some others in the north-eastern part of the oil-rich nation.

The increasing number was triggered by the activities of the Boko Haram terrorist group in the north-east region. 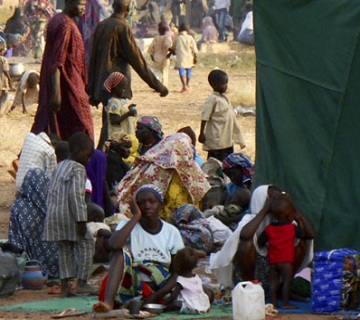 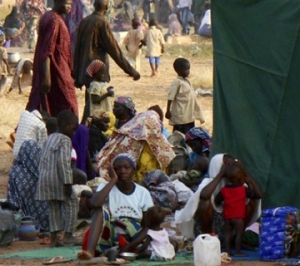 Displaced persons and victims of terror attacks in Nigeria’s north-east are asking the government to expedite actions to restore peace to their communities to enable them return home.

Representatives of the victims, who spoke at a forum in Abuja on Wednesday, said “relief materials from government agencies, churches and individuals alone were not enough to ease their pains”.

They called on the government to do all it could to restore peace to their communities to enable them return to their normal lives.

Some of the victims got food items from the committee managing the fund in Abuja, four months after the Federal Government had launched the Victims Support Fund.

According to the Executive Director of the Fund, Sunday Ochoche, the relief materials will restore hope to victims who have suffered in the hands of the Boko Haram sect.

As much as the relief materials have been provided and distributed, the victims are still eager to go back to their communities.

Officials believe that if the fund is properly managed, victims will be re-integrated into the society and return to their normal lives .

The Boko Haram has attacked villages, towns, churches, mosques and other public places in the north-east, making people to flee the area.