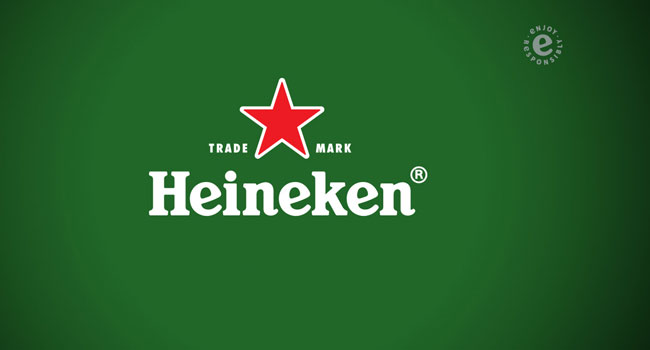 Dutch brewing giant Heineken said on Wednesday it would cut around 8,000 jobs worldwide as the coronavirus pandemic kept much of the hospitality sector closed.

Heineken CEO Dolf van den Brink said it had been “a year of unprecedented disruption and transition” for the company.

“The Covid-19 pandemic and governments’ measures continue to have a material impact on our markets and business,” Heineken said in a statement.

Sales fell by 17 percent to 23 billion euros with bars and cafes closed in many countries, the company said.

Less than 30 percent of outlets were operating in Europe in particular at the end of January, it said.

Heineken had announced in October that restructuring was needed to reduce personnel costs but gave no figure for layoffs at the time.

“The overall restructuring programme will reduce our employee base by c.8,000 people,” Wednesday’s statement said.

This included including cutting jobs at the head office in Amsterdam while other layoffs would depend on local circumstances, it added.

Founded in the 19th century in Amsterdam, Heineken sells more than 300 brands, including its namesake plus others such as Strongbow and Amstel. It employs 85,000 people globally. 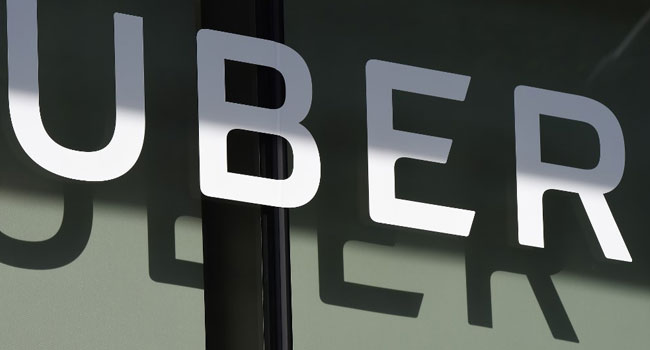 Uber on Thursday reported a $1.8 billion loss in the recently ended quarter as the pandemic caused its shared-ride business revenue to plunge.

Overall revenues skidded 29 percent from a year ago to $2.2 billion, as gains from delivery failed to offset a massive 75 percent drop in its ride-hailing bookings, San Francisco-based Uber said.

“Our team continues to move at Uber speed to respond to the pandemic’s impact on our communities and on our business, leading our industry forward with new products and safety technologies, and harnessing the strong tailwinds driving exceptional growth in delivery,” chief executive Dara Khosrowshahi said.

“We are fortunate to have both a global footprint and such a natural hedge across our two core segments: as some people stay closer to home, more people are ordering from Uber Eats than ever before.”

Uber’s global ride-hailing operations have been hit hard during the coronavirus lockdowns, with bookings down 75 percent and revenue declining 67 percent.

The delivery operations under Uber Eats meanwhile saw revenues more than double to $1.2 billion — and overtake rideshare revenue in the three months ending in June.

Uber has made other changes in recent months, sealing a deal for the Postmates delivery service in the US while divesting its Jump scooter and bike-sharing unit.

Chief financial officer Nelson Chai said the company was on track to achieve profitability, on an adjusted basis excluding debt and other costs, by the end of 2021. 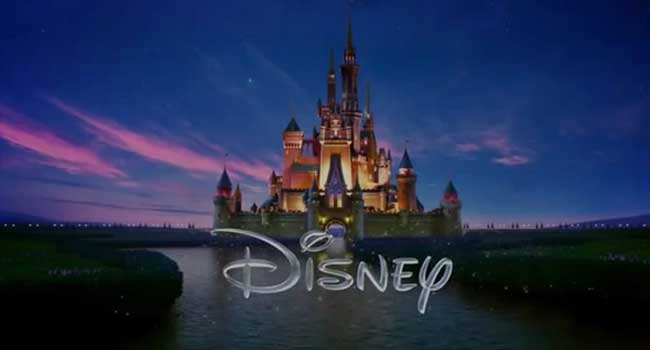 Walt Disney Co. on Thursday reported better-than-expected quarterly results, fueled by the release of blockbuster films “Aladdin” and “The Lion King” as it prepared for its new streaming television service.

Disney profit in the recently ended quarter was $1.05 billion, down from $2.3 billion a year ago, on revenue that grew 34 percent to $19.1 billion.

The slump in profits came as Disney absorbed key film and television operations of 21st Century Fox and geared up for its launch of the streaming service Disney+ that aims to compete globally against Netflix and others.

“We’re excited for the launch of Disney+ on November 12.”

Iger said the company reached a deal for the service to be on Amazon’s Fire TV platform, the latest distribution agreement for Disney+.

Disney shares were up more than five percent in after-market trading following release of the earnings figures.

Revenues in the past quarter were boosted by a 52 percent rise in Disney’s studio operations with box office hits “The Lion King,” “Toy Story 4” and “Aladdin” fueling gains.

The entertainment giant expects revenue in the current quarter to be boosted by the forthcoming release of a sequel to “Frozen” and the final installment of the “Star Wars” film saga.

It will thereafter take a “hiatus” from “Star Wars” box office films but has an array of spin-off shows planned exclusively for its streaming service.

Disney has become the biggest Hollywood player with the acquisition of studio and TV assets from Rupert Murdoch’s 21st Century Fox.

However, integrating Fox into Disney has cost more than expected and the newly added studios have brought in less money than hoped.

Disney saw smaller revenue gains in its cable and broadcasting operations as well as its theme park division.

Iger would not disclose details of pre-sales of Disney+ subscriptions, but said the price — $6.99 monthly — has met with “great enthusiasm” by consumers.

The Disney+ online streaming service will debut in the United States, Canada and the Netherlands before gradually expanding internationally in Europe then rolling out worldwide.

Its films and TV shows will be available, along with the library it acquired from 21st Century Fox. That includes the “Star Wars” and Marvel superhero franchises and ABC television content.

Disney+ will also combine offerings from powerhouse brands including Pixar, with content from Hulu and sports network ESPN.

Apple last week launched a streaming television service that features a budding library of original shows starring big-name celebrities, aimed at winning over its gadget lovers at home and on the go.

The Apple TV+ on-demand streaming service launched in more than 100 countries at $4.99 per month.

Original Apple TV+ shows have so far been met with lukewarm early reviews, but the low subscription price and an offer of year-long memberships free with purchase of the company’s devices was expected to encourage viewers to tune in.

Netflix, meanwhile, has budgeted $15 billion this year for original shows, on top of the billions it has devoted to exclusive productions in recent years.

Amazon, which has deep pockets thanks to its e-commerce and cloud services, has also poured cash into original shows for its Prime Video service.

This sets up a potential spending war among the major streaming players, according to analysts.

Even more competition looms on the horizon, with AT&T’s Warner Media to launch its “HBO Max” in early 2020 after reclaiming the rights from Netflix to stream its popular television comedy “Friends.” 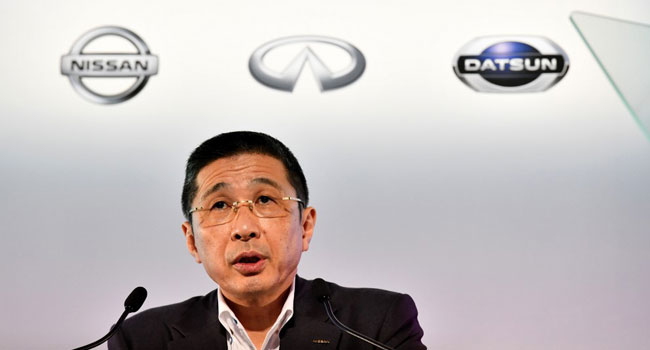 Crisis-hit Japanese automaker Nissan said Thursday it would cut 12,500 jobs and announced a plunge in quarterly net profit as it struggles with weak sales and the arrest of its former chief.

The embattled firm has been buffeted by poor performance in the United States and Europe as well as the scandal of financial misconduct charges against former boss Carlos Ghosn.

“We knew the pace of sales would be tough, but I think we have to admit that it was slightly below our expectations,” he added.

“But I believe we can fully recover to our expectation levels in the second and third quarter.”

“Profitability was negatively impacted by the decrease in revenues and external factors such as raw material costs, exchange rate fluctuations and investments to meet regulatory standards,” Nissan said.

Operating profit fell 98.5 percent, to just 1.6 billion yen, but the firm left its full-year earnings forecast in place, predicting the net profit of 170 billion yen on sales of 11.3 trillion yen for the fiscal year to March 2020.

The automaker said it was laying off thousands of employees as it works to cut costs and streamline production.

“Nissan will reduce its global production capacity by 10 percent by the end of fiscal year 2022. In line with production optimisations, the company will reduce headcount by roughly 12,500,” it said in a statement.

Saikawa said 6,400 job cuts had already been carried out in the 2018 and 2019 fiscal years at eight locations.

He declined to identify the six locations at which the firm plans to make another 6,100 cuts between fiscal 2020-2022, saying some factories would close while others would operate with fewer production lines.

“Broadly speaking, unprofitable lines, and relatively speaking, more overseas-based lines will be affected,” he told reporters at the firm’s headquarters in Yokohama outside Tokyo.

“Nissan decided not to pursue the volume for volume’s sake,” said Tatsuo Yoshida, an analyst at Sawakami Asset Management.

“The company has no other choice than reducing capacity or trimming the number of people employed in order to survive the difficult period,” he told AFP.

But he warned there was “no magic formula to revive Nissan immediately”.

On top of stagnant sales, the company has also faced tensions with its French partner Renault, which owns 43 percent of the Japanese manufacturer.

The two companies, which with Mitsubishi Motors form a top-selling auto alliance, have seen relations falter in the wake of the Ghosn scandal and over persistent differences in how closely integrated they should be.

“The outlook for Nissan is still unclear, as the company is facing a number of obstacles, including ties with Renault,” Takata said.

Nissan is currently undergoing an overhaul intended to strengthen governance after the Ghosn scandal.

Last month, Nissan shareholders voted in favour of various measures including the establishment of three new oversight committees responsible for the appointment of senior officials, pay issues and auditing.

They also approved the election of 11 directors as the firm restructures, among them two Renault executives as well as Saikawa.

The reforms are designed to put Nissan on a more stable footing after the shock caused by the arrest of Ghosn, considered one of the auto industry’s most powerful executives.

Ghosn, who has been sacked from auto industry leadership roles, is awaiting trial in Japan on charges of under-reporting millions of dollars in salary and of using company funds for personal expenses. 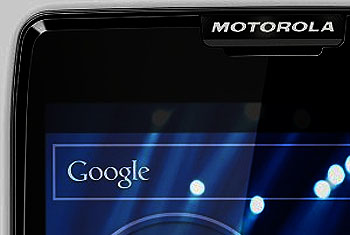