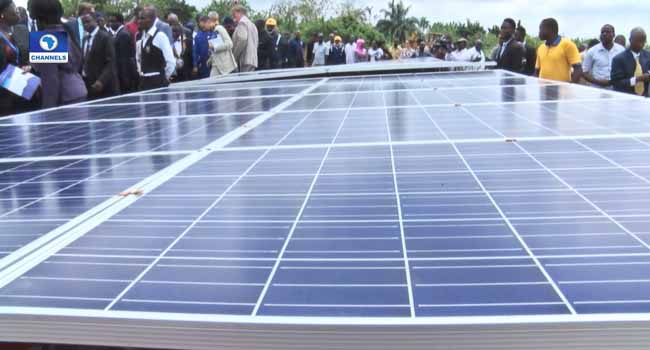 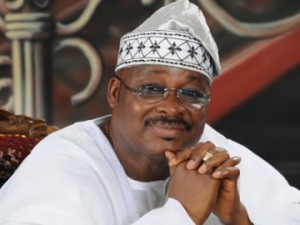 The FTZ is expected to deal exclusively with the manufacturing of automotive products, solar power generation, medi-care and allied products, ornaments among others.

Already standing on a massive 1,000 hectares of land in Ibadan, the state capital, the governor’s vision to industrialize Oyo State and raise the standard of living is now having some semblance of reality.

Just before commencement of construction on the site, Governor Ajimobi had expressed optimism that the project tagged ‘Polaris Pacesetter Free Trade Zone’, would be “the new hub of the African economy” when completed.

Royalty, security chiefs, and members of the diplomatic corps all defied the scorching sun to witness history being made by the Governor at the groundbreaking ceremony.

The event marked the commencement of serious construction work on the Free Trade Zone, one which is described as the first of its kind in Africa.

Mr Ajimobi said the event was the outcome of a journey of five years of intensive hunt for investors in core economic activities, and a result of his determination to achieve growth and sustained development in the state.

Describing China as the fastest growing economy in the world, Ajimobi said that the industrial template to be propelled by the Polaris-Pacesetter Free Trade Zone, would enhance agricultural, commercial, educational and infrastructural development in the state.

The President of China Polaris, Mr Zhang Wendong, and the Leader of Delegation who is the representative of the Chinese government, Ms Zhang Xuemei, assured the state as well as people of Oyo, of the investors’ irrevocable commitment to the project.

Mr Wendong hinted that the conglomerate would ensure the completion of the last phase of the project within the given timeline.

While giving the project profile, project facilitator, Dr. Mufutau Raheem, said the Oyo FTZ is unique in every sense, and a sister Free Trade Zone in Guye, China, would also be working in synergy with the one created in Ibadan.

This according to him is also aimed at strengthening bilateral ties between China and Oyo State.

For Sons and Daughters of Oyo state, especially inhabitants of Oluyole local government area, a major hurdle militating against appreciable development has been surmounted. 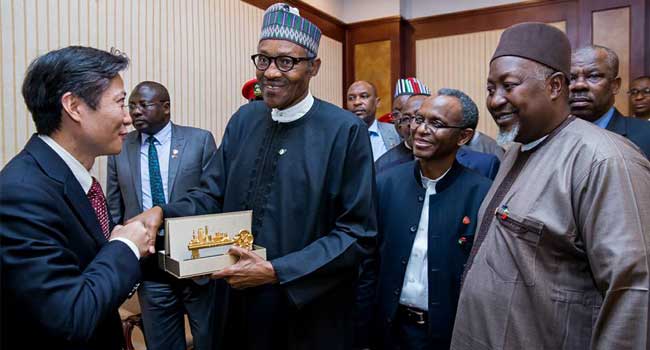 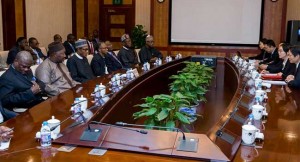 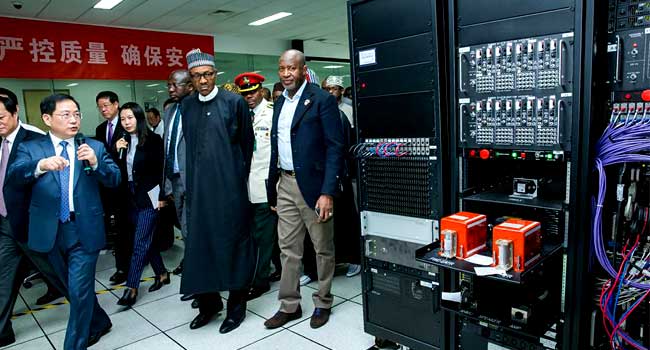 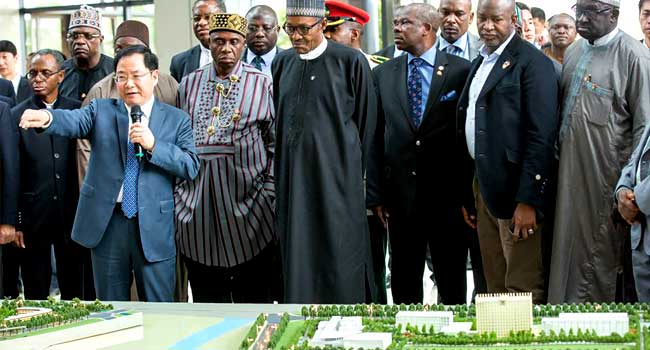 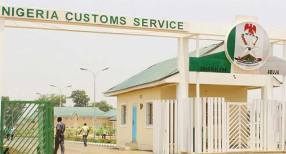 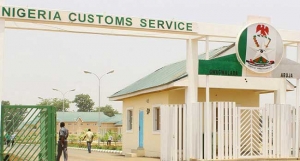 Nigeria’s indigenous oil servicing and logistics company, LADOL, has been given another Clean Bill of Health by the Nigerian Customs Service for its compliance to standard practice in the free trade zone.

The satisfactory remark came few days after the Nigerian Content Board gave its endorsement for compliance to the content regulations.

The Comptroller General of the Nigerian Custom Service, Colonel Hamid Ali (Rtd), on Monday, expressed satisfaction while addressing reporters during an inspection of the LADOL vessels in Lagos.

Colonel Ali described LADOL as an investment that has all the trappings to stimulate economic growth.

The Customs’ boss also highlighted the role of the Nigerian Customs in ensuring compliance and increasing revenue.

Dr. Jadesinmi also explained LADOL’s plan for the future with an investment of 500 million Dollars on ground.

After the ward round, both the Nigerian Customs team and the LADOL team got into an interactive session to take a closer look at the prospect of LADOL’s investment at the free trade zone.

With the Clean Bill of Health on LADOL, the stake is indeed high for its management, as they strive to stay on track with its vision focused on driving economic growth through public and private collaboration. 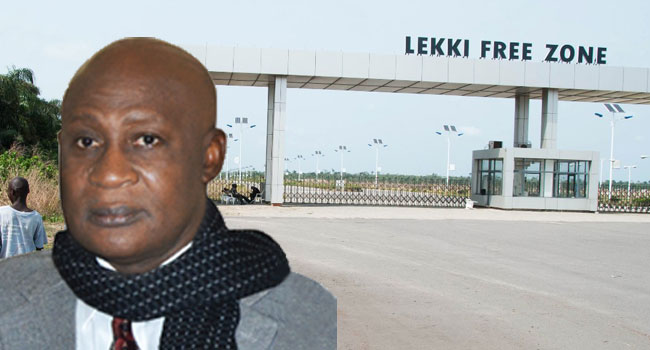 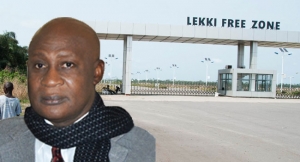 The tribunal inquiring into the October 12 civil disturbances in the Lekki Free Trade Zone had its inaugural sitting on Monday in Lagos.

The disturbances sadly led to disruption of business activities and the death of the Managing Director of the Lekki Free Trade Zone, Mr Tajudeen Disu.

In his speech, the Chairman of the tribunal, Justice Adesuyi Olateru-Olagbegi, said that in line with the terms of reference of the tribunal, individuals, groups, stakeholders, host communities and other interested members of the public can submit memoranda to assist the tribunal in its quest to unravel the remote and immediate causes of the October 12 incident.

The tribunal would also proffer solutions to forestall a recurrence of such incidents and make necessary recommendations to the state government based on its findings.

The Attorney-General and Commissioner for Justice in the state, Mr Adeniji Kazeem, urged the tribunal to be fearless and give everyone a chance to present their observations and suggestions.

He reiterated the government’s commitment to making Lagos safe and prosperous for all and assured members of the tribunal and the public that the findings of the inquiry would be considered and implemented appropriately.

The Lekki Free Trade Zone is a project conceived and established to transform Nigeria’s economy.

When completed, the Lagos State Government says the deep sea port within the zone would provide thousands of jobs and decongest the Apapa port, thereby radically reducing the traffic gridlock around the area.

Mr Disu was killed when Ibeju-Lekki villagers and mobile policemen clashed in Okunraiye community near Ibeju-Lekki, Lagos, on Monday morning.

The villagers had reportedly embarked on a protest against “forceful takeover” of their land by the Lagos State Government for the Lekki Free Zone Ltd but were resisted by men of the Police.

The ensuing crisis led to the killing of Disu. A policeman also reportedly died in the fracas.

The Lagos State Governor, Akinwunmi Ambode, confirmed the death of Mr Disu to the media.

“I am made to understand that he died under the circumstances where gunshots were used by the villagers within the Lekki Free Trade Zone axis this morning.

“It saddens my heart and the hearts of all of us because this is somebody who has been dedicated to duty in the last 10 years promoting the inflow of investment into Lagos State.

“I have directed immediately that the Commissioner of Police must do a thorough investigation to find out the root cause of what has just happened.

“I plead with everybody to remain calm, we will get to the root of this unfortunate incident and I will like everybody to also know that so much as we are trying our best, the only thing we can appeal to people to do is to allow peace to reign in the Free Trade Zone,” the Governor said.

He said that his body has been deposited at the Lagos State University Hospital for a post-mortem. 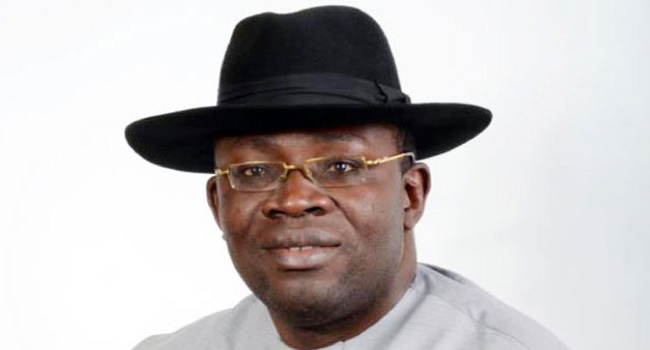 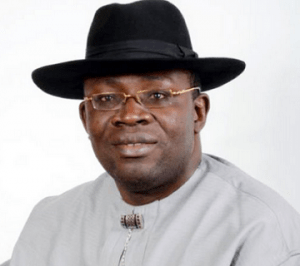 Bayelsa State Governor, Seriake Dickson, has said that the economy of Bayelsa State would be greatly enhanced, with the completion of the ongoing Airport Project at Wilberforce Island, and the Deep Seaport at Agge in Ekeremor Local Government Area.

According to Governor Dickson, to fully harness the economic potentials of the two major projects, it is expedient to have a road linking the airport and the deep seaport, to serve as a means of transportation for goods and services to both terminals, as a complementary component.

The Governor also noted that the critical factor also informed the decision to site both projects on the same axis, as well as the completion of the Toru-Ebeni Bridge, which will be very critical to the operations of the air and sea ports.

Governor Dickson disclosed that, investors from different parts of the world, including Africa, Asia and Europe, have indicated interest in the Agge Deep Seaport Project, with discussions already in progress with some of the interested Countries and groups.

Governor Dickson said, “The Agge Deep Seaport Project is a very serious project embarked upon by our government. We appointed the World’s best in that sector and the Deputy Governor is responsible in harmonizing the issues that are involved. I know they have gone very  far, but they are liaising with the Federal Ministry of Transport, as ports are on the exclusive list.

“You know, I have spoken about the projects in London, South Africa and everywhere and so investors are keying in, but we want to get the paper work ready. That is why the road to Agge is important, because you can’t have a port there without a road that will evacuate what you will produce”

The Bayelsa State Governor, Dickson, who underscored the importance of a good road network and infrastructural base across the state, pointed out that, although the road from Ekeremor to Agge Seaport is to gulp up to a 100 billion naira, the present period was clearly one of the best times to build infrastructures for an emerging viable economy like Bayelsa.

Preparatory to the commencement of construction work at the Deep Seaport and the expected rise in activities, the Governor announced the acquisition of about 20,000 hectares of land around the port area, to build a port city, while also hoping that, the Federal Government could declare the area ‘a Free Trade Zone.’