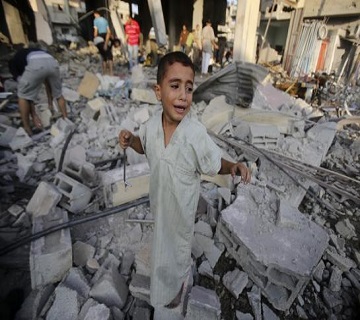 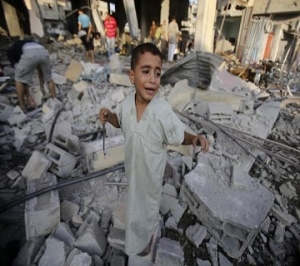 Palestinian officials said on Tuesday a Gaza ceasefire deal with Israel has been reached under Egyptian mediation and a formal announcement of an agreement was imminent.

There was no immediate confirmation from Israel, where a spokesman for Prime Minister Benjamin Netanyahu declined to comment.

“An agreement has been reached between the two sides and we are awaiting the announcement from Cairo to determine the zero hour for implementation,” Hamas spokesman Sami Abu Zuhri said in Gaza.

A spokesman for the Popular Resistance Committees, one of the Gaza militant groups that has been firing rockets into Israel, said the announcement could be made within two hours.

Cairo’s initiative, Palestinians officials said, called for an indefinite halt to seven weeks of hostilities, the immediate opening of Gaza’s blockaded crossings with Israel and Egypt and a widening of the enclave’s fishing zone in the Mediterranean.

Under a second stage that would begin a month later, Israel and the Palestinians would discuss the construction of a Gaza sea port and an Israeli release of Hamas prisoners in the occupied West Bank, the officials said.

Both Israel and Egypt view Hamas as a security threat and are demanding guarantees that weapons will not enter the economically crippled territory.

Increasing pressure on Palestinian militants to end their rocket strikes, Israel bombed more of Gaza’s tallest structures on Tuesday, bringing down a 13-storey apartment and office tower and destroying most of a 16-floor residential building.

The strikes flattened the Basha Tower and wrecked the Italian Complex, after occupants were warned to get out, and no deaths were reported.

Declining to comment specifically on the attacks, the Israeli military said it had hit 15 “terror sites”, including some in buildings that housed Hamas command and control centers.