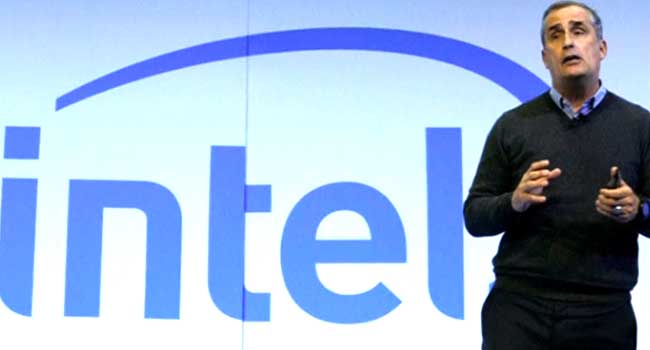 This followed the president’s initially tepid response to weekend violence at a rally of white supremacists in Charlottesville, Virginia.

“I resigned from the council to call attention to the serious harm our divided political climate is causing to critical issues…,” Intel Chief Executive Brian Krzanich said in a blog post.

After the white nationalist rally turned deadly on August 12, Trump initially said that many sides were to blame.

The president, however, denounced neo-Nazis and the Ku Klux Klan as criminals and thugs in a statement on Monday, bowing to mounting political pressure as critics assailed him for not singling out white supremacists. 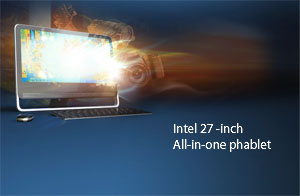 It was called a developers’ conference by Intel and it was hosted in San Francisco little did the computer world know that it was about to be bombarded with a new invention by the chip-making company as it was used as a medium to unveil a desktop computer prototype that has a display that can double as a 27-inch tablet with a four-hour battery life.

Slate producers like Samsung, with its Galaxy Note II, and Apple, with its expected iPad Mini, are down-sizing the tablet’s classic 10-inch form factor. But Intel must think that there’s room to push the form at the other end of things.

Called the Adaptive All-In-One, the 2.5-inch thick unit has 1080p HD resolution and has the guts of a personal computer, including optical drive, input/output ports and high-performance graphics processor. On the desktop, it plugs into a dock that charges its battery and connects it to peripherals such as a keyboard and mouse. Its touchscreen can be used both on and off the dock.

The display panel weighs 14 pounds. That may have been portable in the days of the Osborne I, but it’s not very portable by today’s standards. Intel recognizes that deficiency and is working with screen and battery manufacturers to slim down the units.

All-In-One computers aren’t anything new, and in recent times they’ve been gaining popularity. Apple has been flogging the form for years with its iMac line and just this week HP introduced a slick new addition to the category, the SpectreONE.

Some tablet makers have also dipped their toes in the detachable screen waters. For example, Asus’ Transformer tablet line has a dock that transforms the slates into a mini-laptop.

With ideas like the Adaptive All-In-One, Intel hopes to pump some excitement into a PC market that seems to get more moribund with each passing quarter. For the quarter ending in June, for instance, Gartner reported that PC shipments declined 5.7 per cent. IDC’s estimates for the period were even worse: a 10.6 per cent drop.

The traditional desktop is a box that’s beige, black, or brown and most likely it’s under the desk but now, the adaptive all-in-one in terms of design will surely change the way that people interact with their desktop PCs. 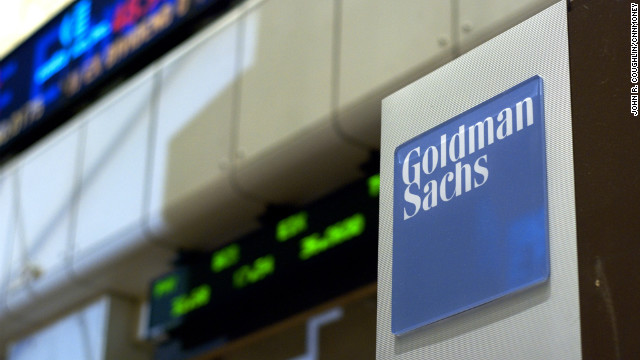 A person at Goldman Sachs Group Inc, who has not been identified or charged in a broad U.S. insider-trading probe, was caught on a wiretap leaking secrets about Intel Corp and Apple Inc, a lawyer for former Goldman board member Rajat Gupta said in court on Friday.

Gupta, the best-known corporate executive accused in a sweeping prosecution of insider-trading at hedge funds in recent years, denies criminal charges that he tipped Rajaratnam with Goldman Sachs and Procter & Gamble Co secrets between 2007 and 2009. His trial is scheduled to begin in May.

“In a letter he (Brodsky) said the government had a person who provided confidential information to Raj Rajaratnam about Apple and Intel,” Naftalis said. “There is also wiretap evidence, substantial evidence of another source at Goldman Sachs.”

Naftalis told U.S. District Judge Jed Rakoff that the defense believed “there is a much more circumstantial case that person should be sitting in the box rather than us” and “the wrong man is on trial here.”

A theme of Gupta’s defense is that the charges brought by U.S. prosecutors last October are circumstantial and that Rajaratnam had a host of sources tipping him with information. A jury convicted Rajaratnam largely on wiretaps, which traditionally have been used in organized crime and narcotics cases, not white-collar investigations.

Rajaratnam, once a friend of Gupta’s, is serving an 11-year prison sentence. Gupta was onetime global head of McKinsey & Co and sat on the boards of several companies.

Goldman has been in the spotlight this week with the public resignation of employee Greg Smith, who said in a New York Times op-ed that Goldman had become “as toxic and destructive as I have ever seen it” and was a place he no longer wished to work.

A person familiar with the Gupta case said in early March that prosecutors are investigating David Loeb, a managing director of Goldman Sachs. Loeb works with technology hedge-fund employees, including an Asia-based analyst, Henry King, who is also under investigation, according to another source briefed on the case.

The sources declined to be identified because the matter is not public. Neither Loeb nor King has been accused of any wrongdoing and neither responded to emails asking for comment.

The insider-trading case has drawn in Goldman Sachs Chief Executive Lloyd Blankfein, who was interviewed under oath on February 24 as a witness, according to court documents.

Blankfein testified for the government at Rajaratnam’s trial. He is also expected to be called as a witness by the government at Gupta’s trial.
The cases are USA v Gupta in the U.S. District court for the Southern District of New York No. 11-907