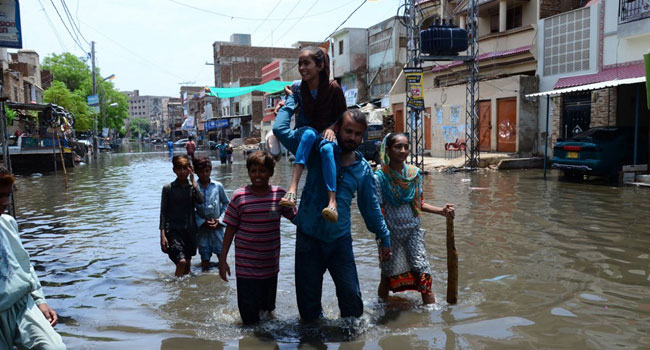 Authorities said the deaths occurred largely due to electrocutions caused by ill-maintained power lines even as large segments of the city suffered hours-long outages that lasted up to a day in some areas.

According to the Edhi Foundation – which oversees a vast rescue services operation in Karachi — up to 15 people were killed during the recent bout of flooding.

However, government hospitals in the city said only 12 people had died in recent days in flood-related incidents.

Outrage simmered in the city after a video went viral on social media showing two children who had been allegedly electrocuted by a power line that had fallen into a puddle.

“The electricity company must be held responsible for the children’s death as safety and security is its responsibility,” said Faisal Edhi, who heads the Edhi Foundation.

Dr Seemi Jamali — director of the state-run Jinnah Postgraduate Medical University — confirmed that nine people were “brought dead” to the hospital because of electrocutions.

Another three bodies, including the children from the video shared online, were taken to the city’s Abbasi Shaheed Hospital, a doctor on duty at the facility confirmed to AFP.

The megacity of some 20 million has been inundated with heavy rains since Monday, flooding residential areas and bringing large swathes of Karachi’s perennially traffic-congested streets to a halt.

“We are living without electricity and water for the past three days and no official rescue came,” said 24-year-old resident Qaiser Khan.

Hundreds have been killed across South Asia this monsoon season and tens of thousands displaced by the heavy rains.

While the annual rains are crucial to replenishing water supplies in the impoverished region, they often turn deadly. 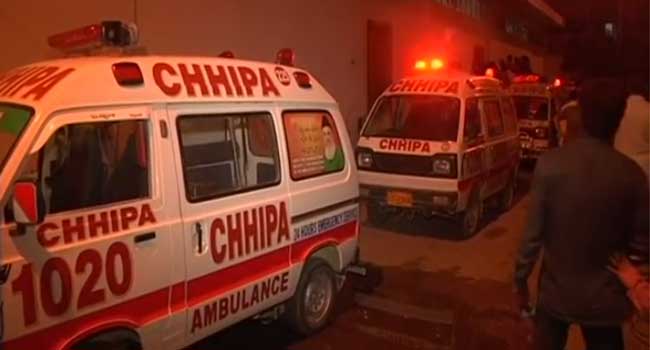 According to police sources, the policemen were observing the ‘iftar’ meal to break the daily Ramadan fast when three masked men on a motorbike shot them at close range and fled.

The incident brought the death toll of terrorist attacks across the country to 44 on a day when the Muslim-majority country was observing Jumatul Wida, the last Friday of the holy month of Ramadan. 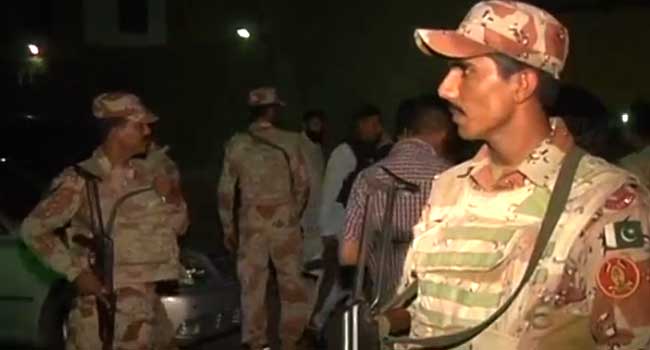 “Three unidentified men on two motorcycles attacked them with 9 mm pistols and killed them. These four personnel of ours were eating ‘iftar’ (breaking of fast). They belonged to the SITE area police station and were on duty,” the Deputy Inspector General of Police, Zulfikar Larek, said.
Earlier on Friday, a suicide car bomber killed 13 in the southwestern city of Quetta, with subsequent blasts claiming another 27 lives in the northwestern town of Parachinar.