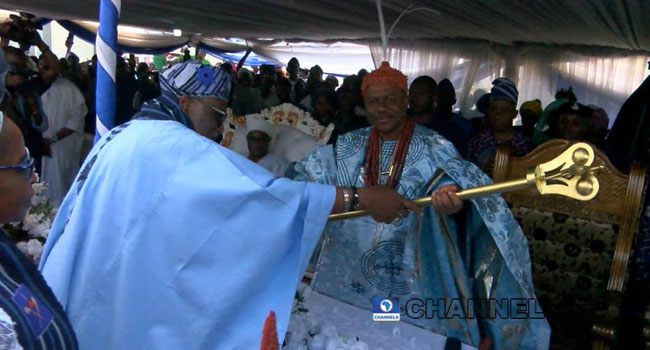 The Olowo of Owo, Ondo State, Oba Ajibade Gbadegesin Ogunoye III, has been presented with the staff and instrument of office from the state Governor, Rotimi Akeredolu.

The ceremony which took place at the premises of the king’s palace on Saturday attracted dignitaries from far and wide who came to felicitate with the Olowo.

Speaking while presenting the staff of office to Oba Ogunoye, governor Akeredolu stressed that the people of the town will enjoy a reign that will witness peace and development.

He stated that after wide consultation, the choice of Oba Ogunoye is a collective one and the healing process for the town has just commenced.

“This choice no doubt has set the stage for a reign which promises to witness unprecedented peace and development in Owo.

“I know all your concern; I have had discussions with you overtime since you came into this office; I’m sure you are interested in the development of this town and adjoining towns and villages; the healing process has commenced in a town which has experienced a serious crisis in the past.”

Oba Ogunoye in his speech urged the youths to venture into agriculture and address the challenges facing the town collectively.

“I must inform you that these activities were put in place to proffer solutions to the challenges facing the kingdom; Infrastructural provision, lack of unity, unemployment, illiteracy, and lack of skills among our people, prevalent cult activities particularly amongst our youths, abandonment of agriculture, lack of interest in business activities within the kingdom.

“We thank God that unity is being restored in the land and we must consolidate on that. We must encourage ourselves, particularly the youths, to go back to the farms.”

See photos from the event below: 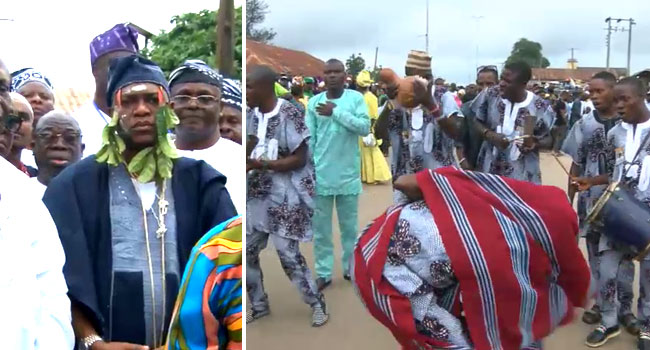 The ancient town of Owo in Ondo State went agog on Friday as the traditional rites for the installation of a new king kicked off.

The new Olowo of Owo, Ajibade Gbadrgesin Ogunoye is the 32nd paramount traditional ruler of the town.

The palace of the Olowo was not left out as it wore a new look after being renovated in preparation for the crowning of the new king.

Installation rites commenced very early at the Olugbule Palace where the king was given two traditional titles.

The chiefs from Iloro quarters perform the rites, being the custodian of Owo tradition as they came with the first king of the town all the way from Ile-Ife in Osun State, the cradle of the Yoruba race.

Prayers were also offered for the new king in a small house known as the Arigidi, after which rites were performed at the crossroad near the Olowo palace as well as behind the town hall.

These are procedures that must be followed before a new king is installed after which he will enter the palace.

The rites, however, would continue for 17 days until the coronation day, when the king would be crowned.

Ogunoye, 53, served as a permanent secretary in Ondo State Civil Service before he was elected as the 32nd Olowo of Owo. 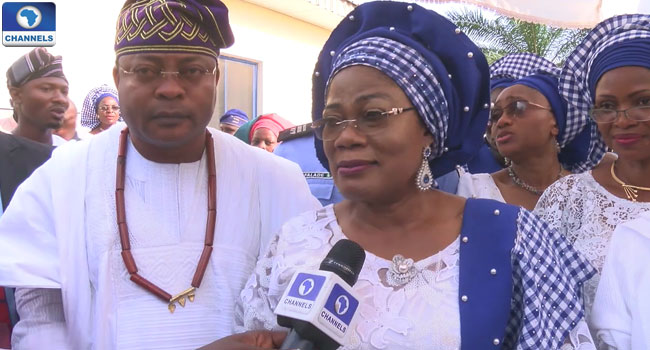 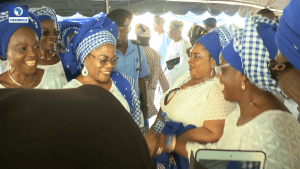 Sixty years after the establishment of the school, ladies that finished from Catherine’s Anglican Girls’ Grammar School in Owo gathered to celebrate the 60th anniversary.

Although it is just one day chosen to celebrate the establishment of the institution, to some of the old students it was indeed a homecoming and reunion.

They have waited for the moment to see and embrace fellow classmates after many years.

The beautified landscape also suggests that something was in the offing in celebration of 60 years existence of their alma-mata.

Old girls are happy to see the transformation the school had undergone.

The arrival of the national president of the old girls’ association and the Deputy Governor of Osun State, Mrs Titi Laoye-Tomori sparked some old tunes among the old girls and students joyfully receive them in the spirit of reunion with dancing.

The occasion also had in attendance guests from within and outside Ondo State, including the Royal father of the day, HRM Oba Folagbade Olagbegi, the Olowo of Owo, the Chairman and Founder of Derotech Group, Prince Rotimi Ibidapo, Representative of the Governor of Ondo State, education officers at the state and local government levels, as well as former principals, teachers among others.

Activities to mark this milestone in the life of the school include the commissioning of school projects undertaken by the old girls, various individuals and corporate organisations, with the Olowo of Owo, Oba Folagbade Olagbegi, performing the initial cutting of the tape.

The projects commissioned include a renovated and equipped library and a computer laboratory with internet facilities by Agbami Limited.


Also a science laboratory, a block of five classrooms, a dining hall and kitchen, four toilets and a borehole were built, furnished and renovated by Channels Television as part of its corporate social responsibility, and to mark its 21st Anniversary.

Also of note is that the Vice Chairman of Channels media Group, Mrs Sola Momoh, is an old girl of the school.

In all 17 projects were completed within seven months.

Activities of the 60th anniversary continued with a reunion dinner party and award at the Best Western Hotel.

Several individuals, including some old girls and corporate organisations were recognised and handed different awards for their contribution to the growth of the school.

After that, newly-elected executive members of the old girls’ association were decorated with Mrs Tola Aworh, a three-time commissioner in Ondo now the National President of the Alumni Association.

No doubt, it was indeed a reunion that the old students of the prestigious college will never forget in a hurry.