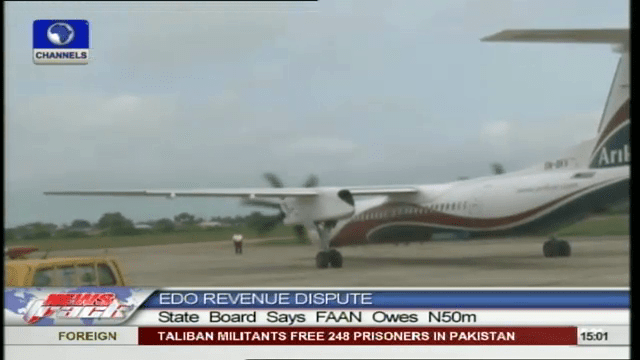 Normalcy has returned to the Benin Airport. Flight Operations commenced late in the evening of Tuesday, July 30th, after the crisis over the remittance of taxes by the Federal Airports Authority of Nigeria (FAAN).

A visit however to the administrative block which was sealed up on the orders of the court yesterday revealed that the restraining order has been removed by officials of FAAN who also have commenced work at the premises.

Meanwhile, the  Edo State Board of Internal Revenue said it will explore other legal options available to get them to pay their taxes.

The board also frowned at the refusal of federal parastatal to pay tax, stating that “34 of them in Edo state owe over N2 billion pay as you earn taxes between 2009 and 2012”.

Executive Chairman of the Board, Oseni Elama said the taxes the government is demanding is “PAYE which have already been deducted from employees, not tenement rate as is being peddled” adding that “even the Federal Government is deducting N825 million from the state account monthly part of which is a backlog of Value Added Tax owed by previous administrations”.

This is the third time in three years that the FAAN office is being sealed up over non remittance of tax obligations.

The State Government is also in court against the PHCN over non remittance of PAYE taxes to the tune of about N700 million. 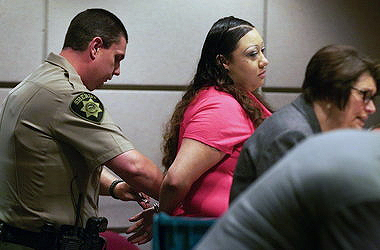 The State of Oregon in the United States of America has sentenced a 25 year old woman to five and a half years in prison after she pleaded guilty to three counts of felony fraud and a felony count of tax evasion.

Remorseful Krystle Marie Reyes admitted she had collected $2.1 million in tax refund from the State of Oregon and so far the State has recovered close to $1.9 million from the stated amount. Resigning to fate, Marie said she will be taking responsibility for her actions.

According to report, Marie received a refund on her debit card and lavished $150,000, after which she reported lost or stolen card twice, an incident that aroused the suspicion of the Oregon Department of Revenue.

Other purchases Marie made included a queen-sized air mattress, a deep fryer, an air conditioner and a cream and grey floral rug. She bought a sofa and recliner with brown leather trim.

It was further reported that Marie filed in January an electronic tax return where she made a request for refund of $2.1 million which automated system of Turbo tax red-flagged. She also claimed she had earnings of more than $3 million.

Due to the request being red-flagged, the request tagged a potential fraud by the processing staff and managers, it was also set aside for review but was later shelved by a Revenue employee who overrode the flagged and the refund was issued.

The return was set aside for review by processing staff and managers for potential fraud. But “sometime later,” the affidavit said, a Revenue employee overrode the flagged payment and the refund was issued.

According to card policy, at least three employees are required to give verification to the override but no one responsible for reviewing the return opened the file to look at it or looked at the W-2 form Reyes filed, the affidavit stated.

Fitch Ratings on Tuesday said that the partial removal of fuel subsidy in Nigeria in January will likely result in extra resources of about N150 billion for distribution among the Nigerian state governments.

According to Fitch’s calculations, the lower deductions at source will result in an increase for states of about 5%-10% of their oil-related revenues.

Despite the higher proceeds, growing staff costs following the phase in of the N18, 000 monthly minimum wage, in tandem with rising energy costs will most likely offset this benefit. Therefore, in Fitch’s opinion, the extra resources are likely to be spent on growing operating costs, unlike the national governments’ share, which is ring-fenced for capital projects such as power and roads.

As higher revenues are not likely to translate into stronger budgetary performances, the agency said it expects the five Nigerian states it rates to continue to perform in line with its expectations.