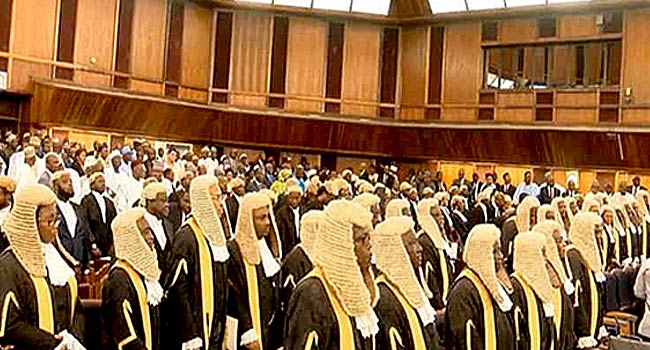 The Supreme Court has conferred the rank of Senior Advocate of Nigeria on 29 lawyers including Mr Festus Keyamo and a former National Legal Adviser of the Peoples Democratic Party, Mr Olusola Oke.

Chief Justice of Nigeria, Justice Walter Onnoghen, swore the new SANs in at the Special Court of the Supreme Court in Abuja.

During the ceremony, the CJN vowed to deal with erring judicial workers and called on the new Senior Advocates to utilise their new status appropriately or risk having the titles withdrawn.

He said, “I must remind you that being a privilege, it can, and shall be withdrawn if abused. “The privilege you are conferred with today is not intended as a weapon of intimidation or licence for rudeness and arrogance.

“It is an appointment that places both moral and professional duties on you, for which you have been found worthy to bear and discharge.” 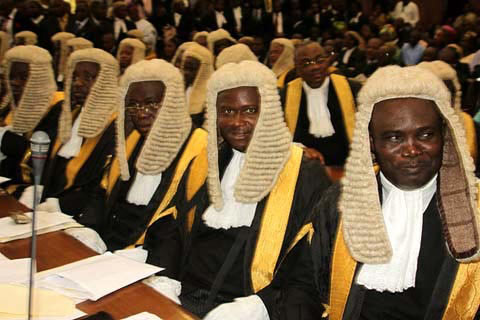 The Legal Practitioners’ Privileges Committee (LPPC) has confirmed the appointment of the private prosecutor of Economic and Financial Crimes Commission’s (EFCC), Mr. Godwin Odumu Obla and 18 other legal practitioners as Senior Advocates of Nigeria (SANs) for the year 2013.

LPPC made the confirmation on Friday during its meeting in Abuja.

Announcing the list of the 19 successful candidates for the 2013 members of the inner bar to the media, the Chief Registrar of the Supreme Court/LPPC secretary, Sunday Olorundahunsi said the committee has found only one member of the academia, Prof. Lawrence Asekome Atsegbua of the University of Benin worthy to wear the silk cloth for this year.