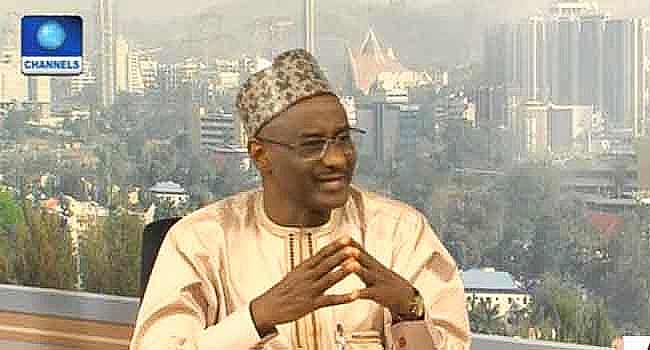 This was disclosed in a statement issued by the Director, Media, Federal Ministry of Health, Mrs Boade Akinola on Monday.

According to the statement, the President has now appointed Professor Mohammed Sambo, as the new head of the NHIS.

“Following the recommendations of report by an independent fact-finding panel on the NHIS, President Muhammadu Buhari has approved the termination of appointment of the Executive Secretary, Prof. Usman Yusuf, who has been on administrative leave and has approved the appointment of Prof. Mohammed Sambo as the new executive secretary,” the statement read in part.

“Similarly, the President also approved the dissolution of the governing board of the NHIS and directed the Permanent Secretary, Federal Ministry of Health to exercise full powers of the council pending the constitution of a new board.

“President Buhari has also approved the appointment of Dr. Chikwe Ihekweazu as Director–General of the Nigeria Centre for Disease Control.

“The appointment is in line with the provisions of Section 11(1)(3) of the Nigeria Centre for Disease Control(Establishment) Act, 2018.”

The committee set up to investigate allegations of fraud against the Executive Secretary of the National Health Insurance Scheme, NHIS, Professor Usman Yusuf has submitted its report.

The committee submitted the report of its findings to the Secretary to the Government of the Federation (SGF), Mr Boss Mustapha on Monday.

But it, however, refused to make public their recommendations.

The report is coming more than seven weeks after the committee was set up by President Muhammadu Buhari to look into the allegations against Professor Yusuf.

After its inauguration on November the 2nd, 2018, the committee was given two weeks to complete its assignment.

It will be recalled that the Chairman on the NHIS Board, Mr Ifenne Enyanatu, had in October suspended the Executive Secretary after obtaining permission from the Minister of Health, Professor Isaac Adewole.

However, Yusuf defied the Governing Council and resumed at the headquarters of the NHIS in Abuja with the backing of policemen, a day after the pronouncement. 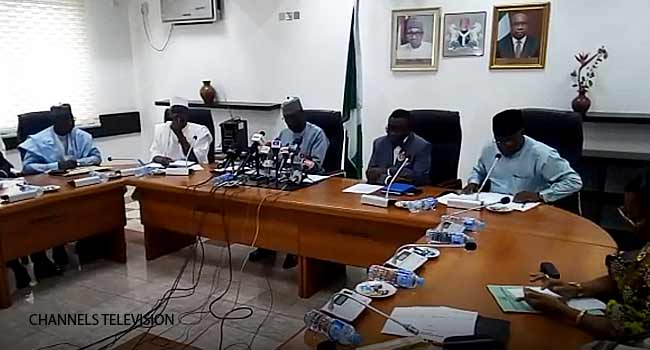 The Federal Government has inaugurated the seven-man panel set up to investigate allegations of infractions and financial malfeasance levelled against the Executive Secretary of the National Health Insurance Scheme (NHIS), Usman Yusuf.

The inauguration of the panel which was done by the Secretary to the Government of the Federation, Boss Mustapha on Friday, had the Minister of Health, Mr Isaac Adewole in attendance, among others.

In charge of the panel is the Former Permanent Secretary, Mr Bukar Hassan.

The panel has two weeks to complete its assignment.

According to a statement signed by Olusegun A. Adekunle, a Permanent Secretary in the office of the Secretary to the Government of the Federation, the decision was to allow for unfettered investigation into the allegations levelled against  him.

The President gave the directive on Wednesday.

According to a statement signed by Olusegun A. Adekunle, a Permanent Secretary in the office of the Secretary to the Government of the Federation, the decision is to allow for unfettered investigation into allegations of infractions and financial malfeasance levelled against the NHIS boss.

“In order to create room for an unfettered investigation, Mr President has approved that the Executive Secretary of the NHIS, Professor Usman Yusuf should proceed on administrative leave immediately.

“In his absence, Mr Ben Omogo, a Director of Administration in the Office of the Head of the Civil Service of the Federation has been deployed to oversee the affairs of the Scheme,” the statement read in part.

President Buhari also approved the establishment of an independent fact-finding panel (which will be inaugurated by the SGF on Friday, November 2, at 3.00 p.m) to investigate the allegations.

According to the statement, with the establishment of this panel, the earlier body set up by the Governing Council stands dissolved.

It is expected to report back within two weeks.

The suspended Executive Secretary of the National Health Insurance Scheme (NHIS), Professor Usman Yusuf, has faulted his suspension by the Governing Council of the scheme.

In a letter dated October 19 and addressed to the Council Chairman, Mrs Eyantu Efene, Professor Yusuf argued that the Council lacked the powers to make such a decision.

According to him, the NHIS Act only empowers the Council to appoint directors and other employees of the scheme.

“As you are aware, by virtue of section 8 of the NHIS Act, my appointment, like yours, is at the instance of the President and Commander-in-Chief of the Armed Forces while the Council’s power of appointment is limited to directors and other employees of the scheme,” Professor Yusuf said.

“It is, therefore, clearly ultra vires for the Council to suspend or purport to suspend me from office to the extent that the said suspension is the prerogative of Mr President”.

Yusuf’s reaction comes one day after he was handed an indefinite suspension by the NHIS Governing Council.

Mrs Efene had disclosed this to reporters after a meeting which lasted for about three hours with relevant stakeholders in Abuja.

She added that the Council had instructed Mr Sadique Abubakar to immediately take over as the acting Executive Secretary of the scheme.

Professor Yusuf’s suspension followed allegations of attempts to illegally execute a N30billion investment in Federal Government bonds, as well as insubordination among others.

Read the full letter below: 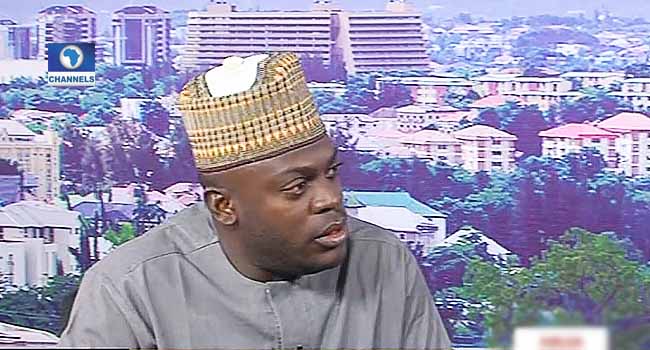 Coordinator, United Youths Alliance Against Corruption, Mr Solomon Agbo, has accused the Federal Government of attempting to ‘sweep under the carpet’, the case involving the suspended Executive Secretary of the National Health Insurance Scheme (NHIS), Usman Yusuf, who was recently reinstated.

Addressing the issue on Channels Television’s Sunrise Daily on Thursday, Agbo questioned the reinstatement, stressing that the “NHIS has failed”, under the leadership of Mr Yusuf.

Mr Yusuf was reinstated on Tuesday by President Muhammadu Buhari, after being suspended by the Minister of Health, Professor Isaac Adewole, in June 2017, for alleged gross misconduct.

The suspension, according to a statement by the ministry on July 17, 2017 is in furtherance to the activities of the investigative panel of inquiry as well as the desire to have an uninterrupted and robust investigation of all petitions against some officials of the NHIS.

The Federal Government, however, believes that the reinstatement does not stop any ongoing investigations into the allegations levelled against him.

Many have, however, kicked against the development, with some members of the staff union, taking to the streets in a protest.

Agbo, on the other hand, says beyond the case of the current NHIS boss, there had been continuous cases of previous NHIS DGs subverting the Rule of Law which have never been brought to light until now.

“Talking about the tenure of professor Yusuf, we also had an interest in his predecessor because it has been a continuous process. Even before him, the case has been on with the predecessor.”

According to Mr Agbo, “immediately Yusuf was appointed, he brought in some people (mostly family members) on secondment and placed them in strategic locations.

“The agency became a business venture. He spent above his approval limit. He handled the agency as if it was a private business,” he added.

He also accused anti-graft agencies, the ICPC and EFCC of being reluctant in handling the matter as a result of the President’s influence.

He, however, said his group is currently in court to compel both agencies to swing into action.

This comes weeks after a similar case of reinstatement involving the chairman of the Presidential Task Team on Pension Reforms, Abdulrasheed Maina.

Yet again, with the recent case, many have questioned the authenticity of the Federal Government’s war against corruption as well as its ability to root out corrupt officers and are eager to see the outcome. 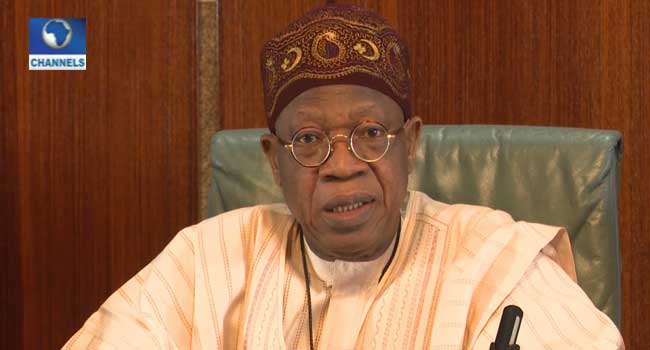 The Federal Government has said that the reinstatement of Professor Usman Yusuf as the Executive Secretary of the National Health Insurance Scheme (NHIS) does not stop any ongoing investigation into the allegations of corruption levelled against him.

Minister of Information and Culture, Mr Lai Mohammed, said this on Wednesday in Abuja in his reaction to the controversy that trailed the reinstatement of the NHIS boss.

Professor Yusuf was suspended alongside eight other top officials of the agency in June 2017 by the Minister of Health, Professor Isaac Adewole, over the allegations of gross misconduct.

Following his suspension, the Minister had constituted a panel which reportedly found the NHIS boss culpable of nepotism and theft of public funds.

Mr Mohammed, on his part, defended the President’s action while briefing State House correspondents shortly after the Federal Executive Council meeting in the nation’s capital.

He noted that the government was not aware that the NHIS boss was being investigated by the Economic and Financial Crimes Commission (EFCC).

The Information Minister said despite that, Yusuf’s reinstatement does not stop the anti-graft agency from proceeding with their investigation.

Far from the NHIS controversy, the ministers of finance and interior – Mrs Kemi Adeosun and Lieutenant General Abdulrahman Dambazau briefed reporters on the outcomes of the FEC meeting.

According to her, this translates to savings for government on new borrowing while also making the cost of borrowing for the real sector cheaper

The Finance Minister further explained that estimated proceeds of the N762.5billion would be used to redeem the Treasury Bills.

On his part, Lieutenant General Dambazau announced an approval by the Council to procure 35 operational vehicles at the cost of N495million, including the value-added tax for the Immigrations.

Mr Yusuf was suspended by the Minister of Health, Professor Isaac Adewole, in June 2017, for alleged gross misconduct.

The Minister had set up a panel after Yusuf’s suspension and the panel found him culpable of alleged nepotism and theft of public funds.

Adewole approved the NHIS boss suspension alongside eight other top officials of the NHIS.

The suspension, according to a statement by the ministry on July 17, 2017 is in furtherance to the activities of the investigative panel of inquiry as well as the desire to have an uninterrupted and robust investigation of all petitions against some officials of the NHIS.

The petitions against the NHIS Boss and the suspended officials include security reports on maladministration and mismanagement.

The House of Representatives had on Wednesday, July 12, 2017, summoned the Minister of Health over the suspension of the executive secretary of the National Health Insurance Scheme (NHIS).

The lawmakers alleged that the suspension was an attempt to intimidate and punish Professor Yusuf for testifying on issues of corruption in the sector.