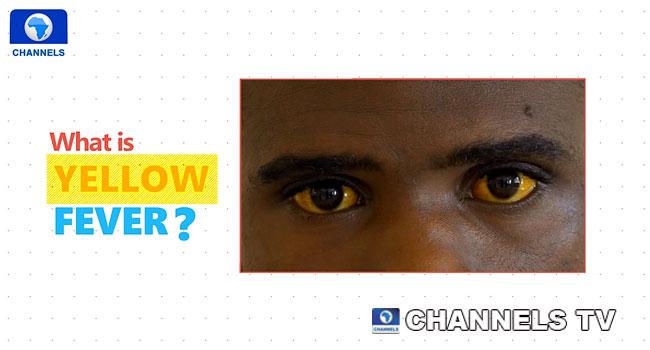 Since September 15, 2017, when the Nigeria Centre for Disease Control (NCDC) officially confirmed a case of yellow fever in Kwara State to the World Health Organisation, WHO, the country has been responding to successive yellow fever outbreaks over a wide geographic area.

In the first eight months of 2019, 2,254 suspected cases have been reported in 535 local government areas.

All states, including FCT have reported at least one suspected case.

In the first half of September 2019, 243 suspected cases were recorded in Bauchi, Borno, Gombe, Kano and Katsina and 34 people died as a result.

But what exactly is Yellow Fever and how is the country responding? 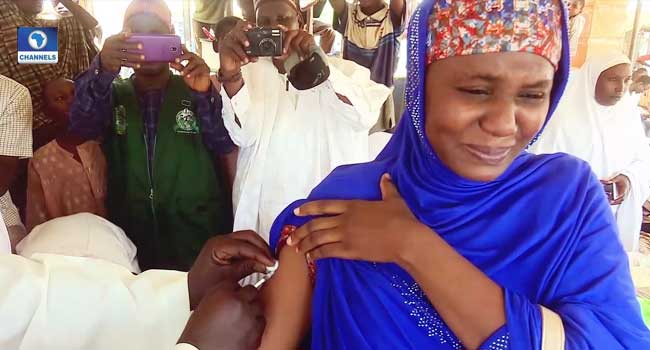 At least 36 cases of Yellow Fever have been reported in Danmusa and Kankara Local Government Areas of Katsina State.

The Permanent Secretary at the State Ministry of Health, Dr Kabir Mustapha stated this at the flag off ceremony of a preventive mass vaccination campaign in the state capital.

He revealed that more than seven million people representing 87% of the state’s population are to be vaccinated against the disease following its outbreak in the two LGAs.

“What is most important for people to take home is that yellow fever is a real dreadful disease, and we lucky that through yellow fever vaccination, we are able to avert it.

“Yellow fever is a disease of public health interest. Internationally, wherever you have yellow fever, the focus of the world turns to that community or country to be able to tackle it.

“Luckily we have seven million of that vaccine currently going to be given out for free in the state. And we have made all the logistics arrangement to ensure that is done,” he said.

He also called on traditional and religious leaders to sensitize members of their communities on the best ways to guard against outbreak of diseases. 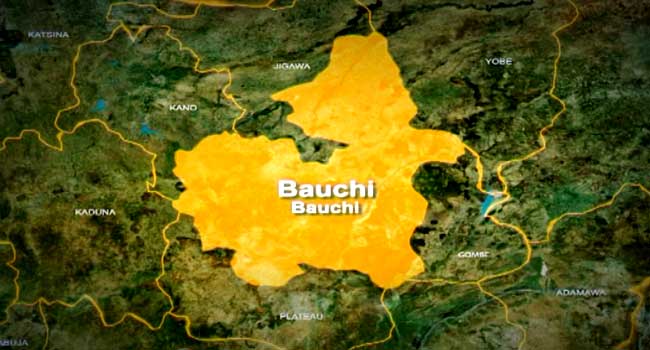 No fewer than 16 people have been killed from the recent outbreak of Yellow Fever in Bauchi State.

According to him, the increase in the death toll followed the citizens’ rejection of vaccination during the state-wide exercise.

Speaking further, he stated that no fewer than 119 suspected cases of yellow fever were recorded in the state out of which 20 tested positive and 16 already dead.

He explained that the state is planning to go into all the areas where the outbreak had been confirmed to carry out a door to door spraying and fumigation exercise. 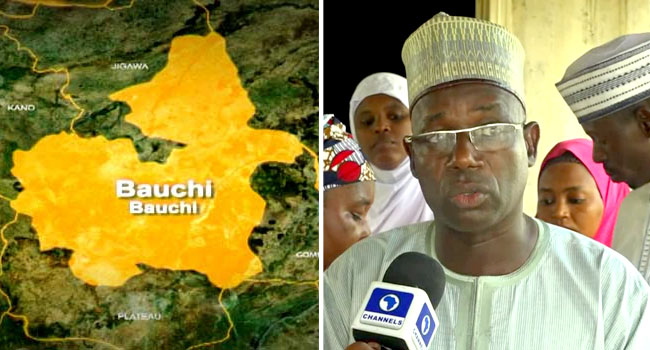 Three people have been killed following the outbreak of yellow fever disease in Bauchi State.

The Executive Chairman of the State Primary Healthcare Development Agency, Dr Rilwanu Mohammed, confirmed this to Channels Television in an exclusive interview on Saturday.

He noted that there were 23 other suspected cases while a few persons were receiving treatment at the Abubakar Tafawa Balewa University Teaching Hospital, Bauchi.

Mohammed said, “In Bauchi State, we have been trying to follow up with the case of yellow fever which started two weeks ago and we have only three confirmed deaths.

“And then, we have 23 cases of yellow fever and even today (Saturday), seven samples were taken to the laboratory in Abuja.”

The executive chairman, who spoke during a hospital visit to the affected patients, explained that most of them were seen unconscious.

According to him, one of the patients is a ranger at the Yankari Games Reserve, as the disease outbreak cuts across three local government areas – Bauchi, Tafawa Balewa, and Alkaleri.

Mohammed said all confirmed cases of the disease were from Alkaleri, where the Yankari Games Reserve is located.

He, however, stated that the state government has begun to put measures in place to contain the spread of the disease but lacked enough vaccines for the people.

Some of the steps taken so far, according to him, include the distribution of mosquito nets, environmental fumigation, and training of staff on control measures.

“We are trying to see what we can do. We’ve made arrangements on how to contain the virus and one of the arrangements is that we started reactive vaccination over three or four days ago around the communities,” said the executive chairman. The Nigeria Centre for Disease Control (NCDC) has confirmed that some persons have died following an outbreak of Yellow Fever in Bauchi State.

In a statement on Friday said the Commission said it was first notified of the outbreak on August 29 when the agency received the report of a confirmed case of yellow fever in Kano State from a laboratory in its network.

According to the statement, three of the confirmed cases are residents of Alkaleri Local Government Area (LGA), with a fourth case linked to a tourist who was visiting Kano State and also visited the Yankari Games Reserve in the same LGA within Bauchi.

The commission further stated that subsequent investigations led by the Kano State Epidemiology Team established that the confirmed case of yellow fever “was from a patient who visited the Yankari Game Reserve in Bauchi, in August with his father.

“The father died with similar symptoms before a sample could be collected and tested,” the statement partly read.

There is no human to human transmission of #YellowFever! The virus is spread through bites by an infected mosquito. #YellowFever is a COMPLETELY vaccine preventable disease and a single shot provides immunity for a lifetime.

In a similar vein, the Borno State Epidemiology Team on Tuesday had reported deaths among students of Waka College of Education in Biu LGA Borno State.

The students are said to have visited the Yankari Games Reserves in August 2019.

The NCDC said that “of the 95 Students that visited the resort (Yankari Game Reserve), eight of them developed symptoms and six had died as at the time of the report. The others are in a stable condition. Samples from these cases are being tested.”

According to the health agency, intensification of surveillance activities have led to the confirmation of three more cases in Bauchi, all residents of Alkaleri Local Government Area of Bauchi.

Since it was notified, the NCDC said it has been collaborating with the state epidemiologists and the World Health Organisation country office to investigate these events.

“We have deployed a rapid response team to support Bauchi State to carry out further in-depth investigations, including case finding, risk communications, and support the management of cases.

“Samples of the other suspected cases from Bauchi and Borno states are currently being transported to the NCDC National Reference Laboratory in Abuja for further testing,” it said.

NCDC said it has also activated the Emergency Operations Centre to coordinate the response to the outbreak. 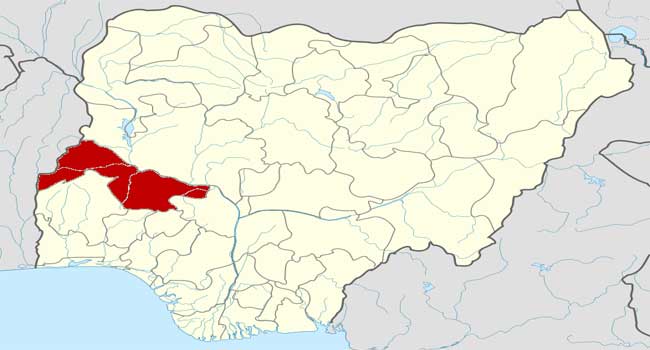 The Kwara State Government says it has discovered two cases of Yellow Fever disease at Oro Ago area in Ifelodun Local Government Area of the state.

The state’s Commissioner for Health, Sulaiman Alege, to reporters on Monday at his office in Ilorin, the state capital that a male and female were tested positive for the disease.

Alage said a medical team from the State Ministry of Health had visited some communities in the local government where 38 samples were collected and sent to the Virology Unit of the University of Ilorin Teaching Hospital.

He said Oro Ago is densely populated and susceptible to mosquito bites, adding that government is improving on sensitising residents of the area.

The commissioner, however, said health organisations were conducting further analysis to provide immunisation and treatment to the two affected victims aged 14 and 10. 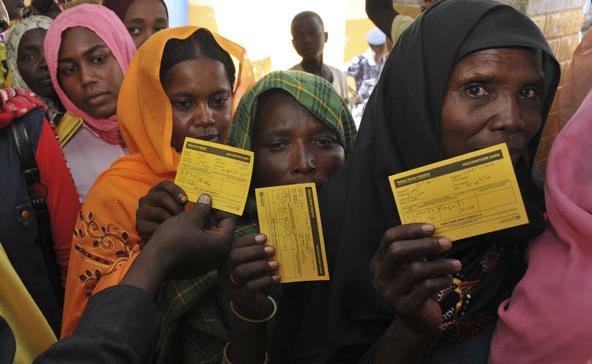 The Federal Government of Nigeria through its health ministry has announced that the issuance of a new yellow fever card has commenced and the replacement would take full effect on the 1st of October, 2013.

The Minister of Health, Professor Onyebuchi Chukwu, who made this known at an event in Abuja, disclosed that the new yellow card also known as international certificate of vaccination and prophylaxis will have advanced features.

It would be recalled that there was a diplomatic face-off between Nigeria and South Africa, over 18 months ago, which led to the deportation of over 125 Nigerians.

The health minister advised that international travellers need not risk their trips with fake yellow fever vaccination cards as genuine cards used to certify vaccinations against yellow fever, cholera and small pox can easily be obtained at the public health department of the federal ministry of health and the nation’s airports, seaports and land borders.

The reported deportation of 125 Nigerians with alleged fake yellow fever cards by the South Africa immigration service has again been condemned by the federal government.

Addressing a news conference in Abuja, the Minister of Health, Professor Onyebuchi Chukwu stated that Nigeria is not endemic for yellow fever and there is no epidemic right now.

He stated that the last confirmed cases of yellow fever in Nigeria were in 1995 when 25 cases were recorded with only one death.

“There is absolutely no reason for these travelers to have being deported, and in so doing, it is assumed to have being embarrassing and humiliating.”

The Minister noted that the approved vaccination centers have been issuing yellow cards and where there is any doubt about the authenticity of the yellow cards given to any traveler, should have being reported to the Federal Ministry of Health.

“The action of the South African immigration on the Nigeria travelers is certainly against international health regulations issued by the World Health organization 2005, Section 32” he stated.

Professor Chukwu stated emphatically that “no country, no individual or group has made any report to the Ministry on the possession of fake yellow card by an individual.”

“If there are such cases, the ministry will like to have the report for necessary investigation” he added.

He noted that “it is curious that a country that had issued entry visas to intending travelers which issuance was predicated on the presentation of a valid yellow card will then turn around to deport those travelers.”

However, the Minister advised Nigerians to ensure they get vaccinated and get the yellow card before travelling to countries that require the yellow card.