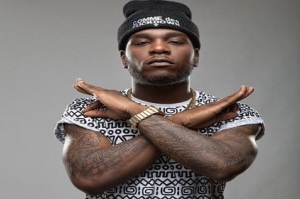 Hip hop singer, Burna Boy, has parted ways with the record label, Aristokrat Records that brought him to limelight.

According to reports, the ‘Yawa Dey Oh’ crooner is no longer with AR, and his new video ‘Don Gorgon’ does not have AR imprint on it.

The record label has removed everything about Burna on its social media.

The cause for the friction between the talented star and his former record label could not be ascertained but sources say the friction may have stemmed from Burna Boy’s lifestyle and his mother’s deep involvement in his career.

Burna Boy, who came into the music scene with ‘Like To Party’ hit, is said to have fired his mum as manager.

He then went on to drop the mid-tempo hit record ‘Like to Party’ in mid-2012. With two other successful singles ‘Tonight’ and ‘Run my race’, Burna rose to fame, making a name for himself.