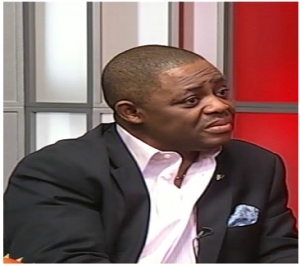 A former Aviation Minister and a member of the Peoples Democratic Party (PDP), Mr Femi Fani-Kayode, has said that the Osun governorship election held on Saturday was a good and credible one.

He said that there may be irregularities, which the PDP had made claims to, but admitted that in any election there must be a winner and a loser.

“I am glad I was not the only one that congratulated them, the president also did and that’s the right way to go,” he said.

Speaking as a guest on Channels Television’s breakfast programme, Sunrise Daily, Mr Fani-Kayode, noted that the PDP had the right to go to court and contest issues that were identified during the election.

He gave reasons for the huge military presence during the Osun election, stating that “it is important for the government to provide security for people going to cast their votes without the fear of being killed or harassed on their way to the polling units “.

He added that the deployment was done in other elections that had been carried out in the country. “It was done in Ekiti, Edo and Anambra, where PDP lost,” he said.

Mr Fani-Kayode stressed that if there were arrests made by security operatives, they were done to prevent thuggery. He insisted that it was for the good of the people to ensure that there was an atmosphere created for a free and fair election.

The former Aviation Minister also alleged that during the elections most people from outside Osun state participated. ” Many of us in the PDP were intimated because there was clear evidence that people were coming into the state in large numbers, many lorries were turned back and many people were intercepted.

“The government had to intervene so that the integrity of the process could be insured. Also, there were allegations that many people outside were given voters card to vote and the security operatives had to work against it,” he explained

Mr Fani-Kayode further said that although the PDP lost the election, the atmosphere that was created was a free, fair and credible one.