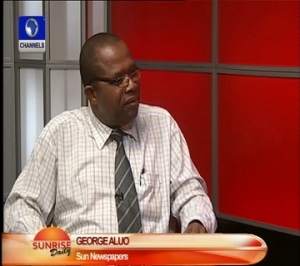 The Sports Editor, Sun Newspapers, Mr George Aluo on Monday commended the performance of the Super Falconets during the just concluded Under 20 Women’s World Cup in Canada despite shoddy preparations ahead of the competition.

“I think we should be celebrating that the girls got this far, because, in the first place, nobody gave them a chance; in fact even a week to the competition, we were not sure Nigeria was going to participate because of the crisis back home.

“FIFA was threatening to ban us and we did the needful at the last minute and these girls now flew out, so the preparations were shoddy and the build up to the competition shows that these girls were not psychologically tuned up for it” he said while speaking as a guest on Channels Television’s breakfast show, Sunrise Daily.

He however blamed low technical ability of the team as the reason why they failed to conquer the Germans in the final of the competition.

“If you look at the way the Germans played getting into the final, you will know that Germany are technically and tactically better than us”, he added.

He attributed the loss of chances of the Falconets to low technical ability, especially against the Germans in the final.

Though he noted that some element of luck is needed in football, he insisted that “what wins games for you, ultimately, is your technique” adding that “the Germans knew just what to do”.

He blamed the football academy system in Nigeria for not training young footballers as done in academies around the world.

He said “you need to build a good foundation for your football to thrive. We don’t have that foundation, the Germans have it” adding that “what has been working for us is the ‘I can do it spirit’, so if we really do the right thing, put the solid foundation, we can compete at the highest level”, he said.

Mr Aluo, however, wondered why it has become difficult for the Nigerian senior teams, male and female, to reach the final of major global football tournament despite countless success at the U-17 and U-20 competitions.

“Why is it that after winning U-17 and U-20 level we cannot win, we cannot win at the senior level, we cannot even reach the semi finals and finals” insisting that “we have not put in place the solid foundation that should take us beyond this level that we are”.

He blamed the “people running the game” for such failure in the senior cadre of Nigeria’s football, adding that “look at them back home fighting.

“If not for the NFF crisis; if we had NFF officials in their numbers in Canada, if we had the National Assembly members going there to go and cheer these girls, we may not have gotten this far. But because the crisis has kept everyone at home, these girls concentrated and worked hard” he noted.