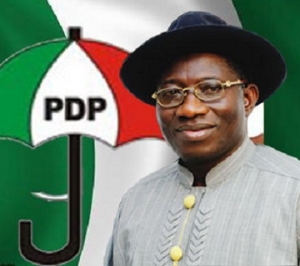 Briefing State House correspondents after the meeting of the board, a member, Professor Jerry Gana said that by that resolution no governor elected under the platform of the Peoples Democratic Party is allowed to contest for the office of the president against Goodluck Jonathan.

Professor Gana, who was joined by the Deputy Senate President, Ike Ekweremadu and the BOT Secretary, Walid Jubril at the briefing, said the resolution was unanimously agreed to by the governors, adding that the BOT endorsed the decision.

More than 7,000 groups across the country are said to be calling on him to run for the 2015 general election.

However, according to the President’s Special Adviser on Political Matters, Prof. Rufai Alkali, there is pressure on the president to declare his presidential ambition but the president is not in a hurry to do so.