8,000 Groups Are Calling On Jonathan To Contest 2015 Presidential Election-Aide 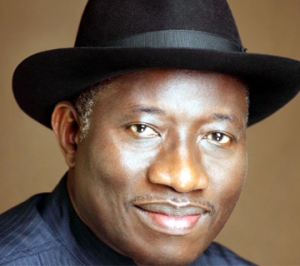 More than 7,000 groups across the country are said to be calling on President Goodluck Jonathan to run for the 2015 general election.

The President’s Special Adviser on Political Matters, Prof. Rufai Alkali, told journalists in Abuja on Monday, that there is pressure on the president to declare his presidential ambition but that the president is not in a hurry to do so.

Prof Alkali was speaking when the special committee set up to restructure the Goodluck Support Group chaired by Gen. Adamu Ibrahim (retd.), submitted its report to him.

Alkali said, “The preliminary observation from the report of the team is that contrary to our earlier position that there were about 3,000 groups rooting for Mr. President, we now have more than 7,000 support groups nationwide all calling on President Jonathan to declare for the Presidential race.

“Indeed, initially we printed 5,000 forms that were distributed to the NGOs and other Support Groups but the forms soon ran out and we had to print additional 2,000.

“As I am speaking to you now we have at least another 1,000 groups demanding to be screened, which will make it 8,000 groups.”

Alkali added that “with the report of the Screening and Evaluation Committee now submitted to us we are going to the next level, that is to say, we shall undertake content analysis of the reports with a view to properly positioning the various support groups for the challenges of the 2015 general election.

“We want to assure every support group irrespective of their sizes, from two-man group to 20 million-man group that they are all important to us and we shall carry them along.”

He, however, appealed to the group to start the “process of stepping down the structure and operations of their organisations to the Zonal, State, Local Government Areas up to the Ward level.

“They should mobilise men, women and youths for the great task ahead.”

The Chairman of the committee, GEn. Ibrahim said the President and the Peoples Democratic Party (PDP) should expect a stiffer opposition in 2015. Unlike 2011 when he said the opposition was not well orgainsed, he said the situation has changed now.

He said, “We should expect a stiffer opposition in 2015 because the opposition is now strong unlike in what we had in 2011. The party and the Presidency should come up with a strategy that will ensure that the President is returned to power in 2015.”

He promised that the group will work to ensure a landslide victory for President Jonathan.